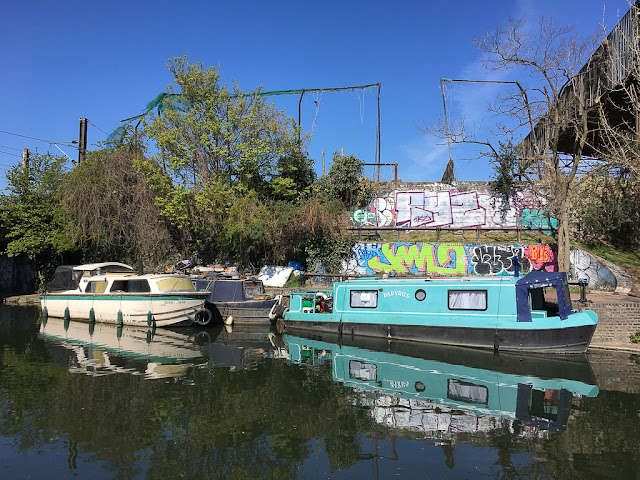 Olga and I took a long walk yesterday along the Grand Union Canal and through Wormwood Scrubs. This is the first time we've visited since last December, and we hadn't yet seen the construction work that's being done across the Scrubs to accommodate the HS2 rail project, which I briefly mentioned here. I was curious to check it out. 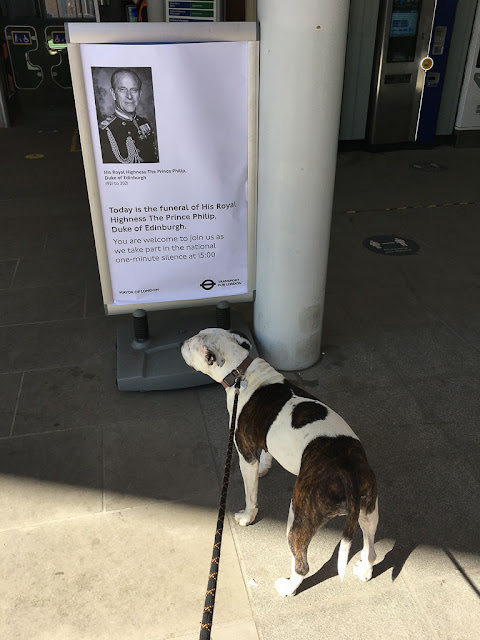 First, Olga paid her respects to Prince Philip at the train station.

When we got off the train and began our canal walk, my camera decided to go kaput. It's been behaving strangely for a while now, so it wasn't a surprise. I think the contact points between the camera body and the lens are dirty, or somehow not functioning properly, and it seems to be happening mainly with my regular lens. I could take pictures with the zoom and the macro but not otherwise. I really need to get it serviced.

Meanwhile, I had to used my phone to document most of our walk. 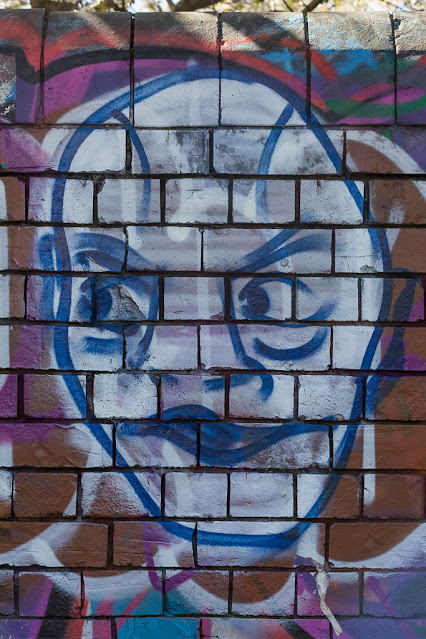 Look! Someone's painted a portrait of me on the wall by the canal towpath! This is what I look like at work. "BRING BACK YOUR OVERDUE BOOKS!" 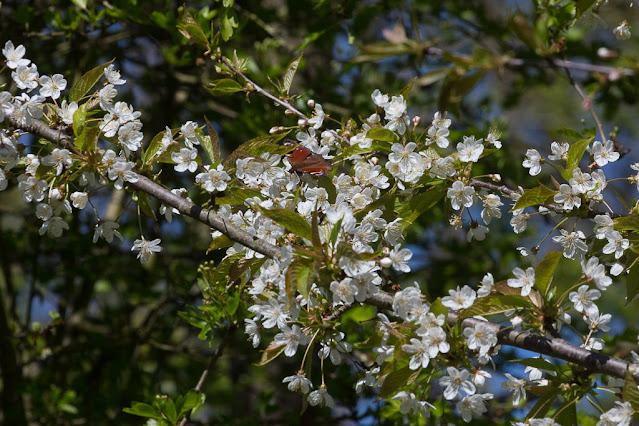 I saw my first peacock butterfly of 2021, seeking nectar in the blossoms of this fruit tree.

I did take some photos of the construction on the Scrubs, but they don't really look like much. It's hard to photograph what's no longer there, you know? Basically, large sections of trees and shrubs have been removed along the park's northern edge and especially at the northwest corner. 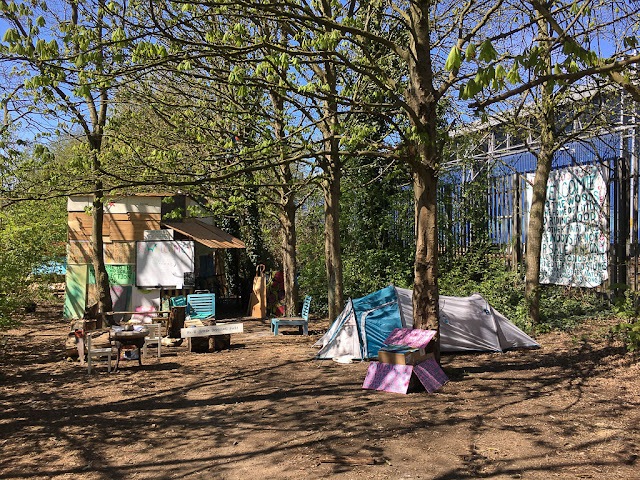 What's interesting is, a couple of camps have sprung up where people appear to be staying. This camp calls itself the "Wormwood Scrubs Protection Camp." I wandered through and saw only one man there, who was nice enough and helped Olga and I find our way back to the main meadow area of the Scrubs. (In normal times we could walk through these woods, but now the path is closed by construction.) 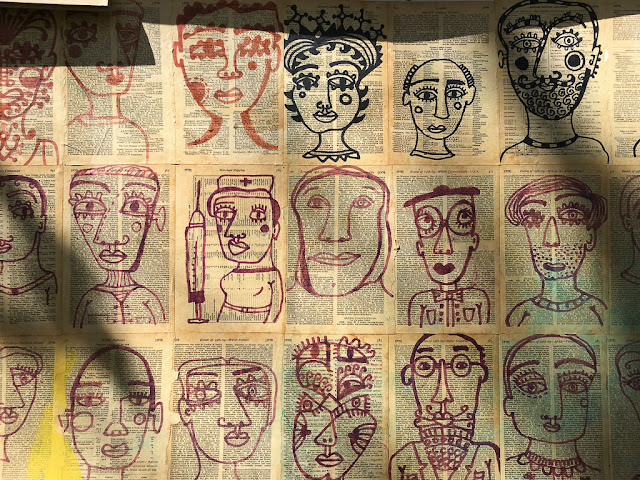 There was some cool artwork posted on the side of the shanty at the camp. 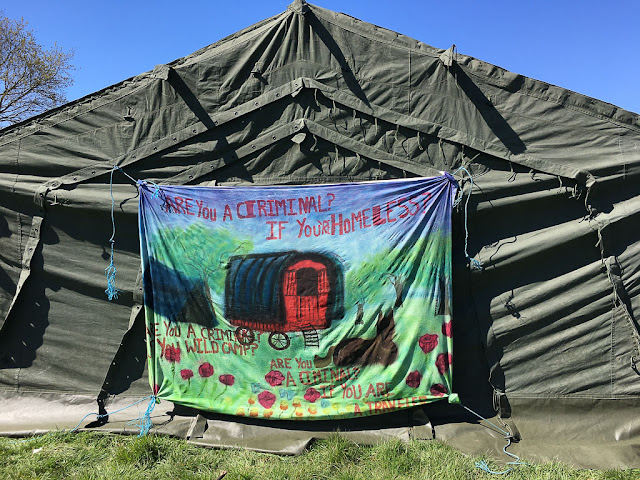 In another area several tents and even campers were set up. "Trespass is Freedom; Transience is a Right" was painted on the side of this one. I guess they're basically challenging authorities to move them on.

Anyway, it was not our standard  Scrubs walk, but it was a beautiful day and despite the construction and the controversy we indulged in our usual activities.


Olga, for example, demolished her tennis ball. Here's a one-minute montage! (Don't worry -- she didn't ingest any of it.)

The walk, including train travel, took about four and a half hours. We were exhausted by the time we got home. 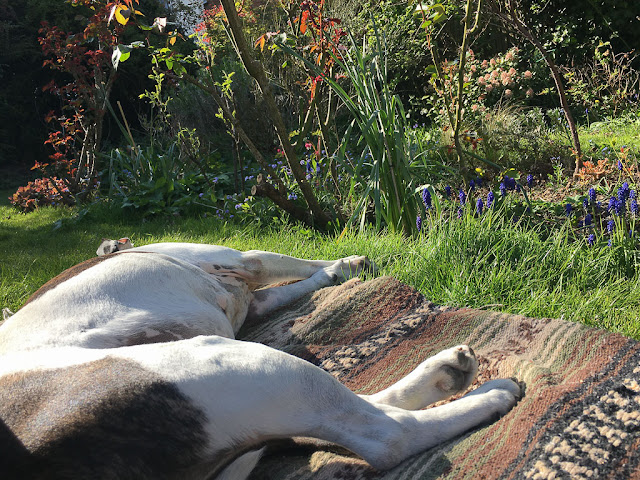 At least it looks like spring is finally happening.
Posted by Steve Reed at 7:20 AM