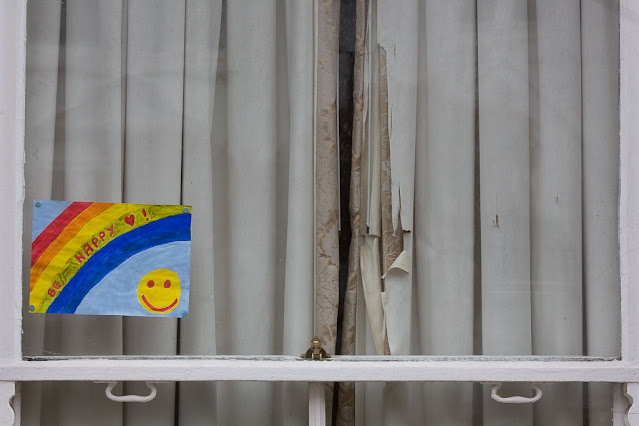 I slept in a bit this morning, and once again had vivid dreams in that time just before waking. I was working somewhere -- a hospital? -- and I'd forgotten to check the schedule to see whether or not I was supposed to work that day. So I had to race in to do that, and instead I somehow wound up having a picnic lunch with some woman in the courtyard of what looked like a big housing estate, with an acoustic guitarist playing nearby. The woman wasn't anyone I know in real life -- she was Middle Eastern or South Asian, and she wore an elaborate turquoise turban with beads that went under her chin. My exotic dream life! I never did figure out if I was supposed to be at work.

One of my commenters asked if we were going to get tickets to see the gardens at Buckingham Palace, now that the Queen is opening them for the summer. I did bookmark the web site when I first read about the plan, but I haven't tried to get tickets and I understand the online queues are huge. The more difficult it is to get tickets to anything, the less I want to go. I am just not into the competition.
Will the Queen will be there, sunbathing on her chaise and slathered in cocoa butter? Holding one of those foil reflectors up to her face? Wearing Jackie O sunglasses and a plastic nose guard? I guess not. Even in summer, it's still London, after all, not Miami Beach.

Besides, we have plenty to do in our own garden. Yesterday I mowed the lawn again, and Dave continued pruning the hydrangeas. He's been making a slow circuit, doing one or two bushes per day, and I think they're all finally done. When it finally warms up I have more wildflower seeds to get in the ground, and we need to remove a few plants that appear to have died (the fox-bait hydrangea and possibly the sea kale) and put some others in the ground in their place. 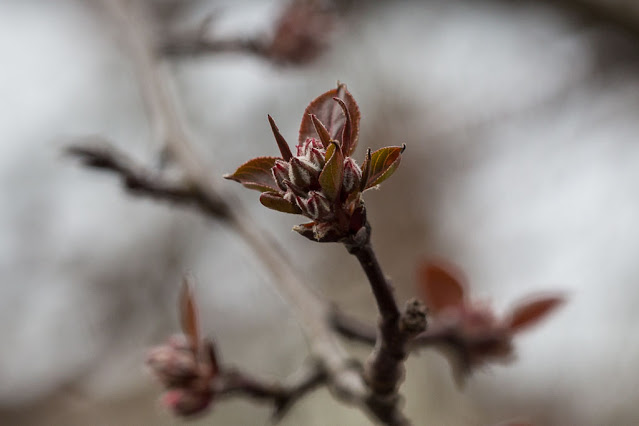 The once-viney tree is again putting out new leaves. THANK GOD it isn't dead! It lost its leaves so early last fall -- in September, I think -- that I was worried about it. Mostly, I didn't want the neighbors blaming me for its demise! The new growth is quite late this year -- last year it put out new leaves in mid-March. Maybe that's why it lost them early. (I also suspect it might have a fungus called apple scab, which affects crabapples and can cause premature leaf drop. That smothering vine probably provided an environment conducive to fungal growth. Now that the vine is gone it should get better. In any case, apple scab wouldn't kill the tree.)

Once again we got fortune cookies in our Chinese takeaway, and once again Dave didn't want his, so I ate them both with yesterday's afternoon coffee. A fortune cookie is not my favorite thing food-wise, but I never like to throw them out, and now I'm very curious about what will happen next Tuesday!

(Top photo: A sign in a window near Fortune Green.)
Posted by Steve Reed at 7:44 AM