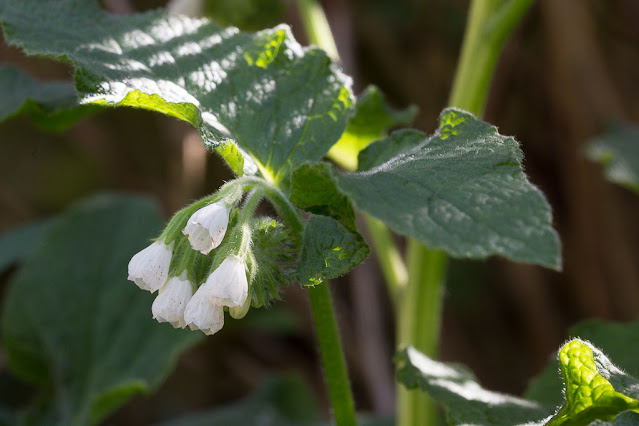 This white comfrey appeared of its own accord in our garden this spring. Mrs. Kravitz next door used to have comfrey, and a year or two ago she tore it all out -- but I'm thinking this must be a descendant of hers. We have some too, but ours has purple blooms and is supposed to be a variety that doesn't re-seed. (Regular comfrey apparently re-seeds like crazy, so while I'm happy to have this now, it may eventually become a pest!)

I woke up at 3:30 a.m. and checked the weather app on my phone, which said it was 30º F (-1º C) outside. And sure enough, when I let the dog out a few hours later, there was frost and the bird bath was frozen solid. I have no idea how the plants have fared.

Yesterday afternoon, we had this:


What a crazy year! I think last night was the coldest one we're expecting, but nighttime temperatures aren't supposed to rise above 40º F for the foreseeable future.

Queen Victoria: We are not amused.

Here are some garden shots from the past few days. I think most of these plants should be OK through this cold spell -- fingers crossed! 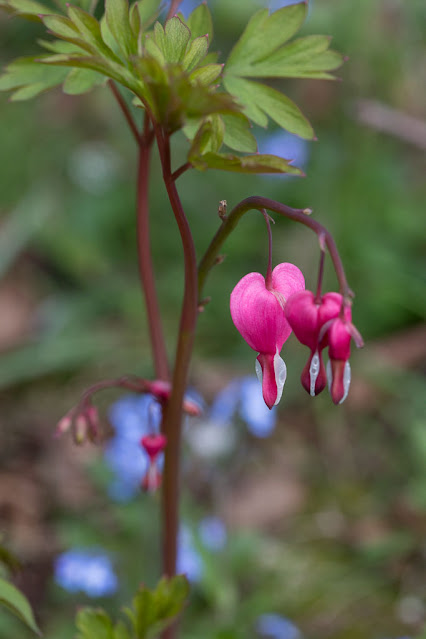 Our bleeding heart (dicentra) is performing again, with the forget-me-nots as its back-up singers. I always like this combination. 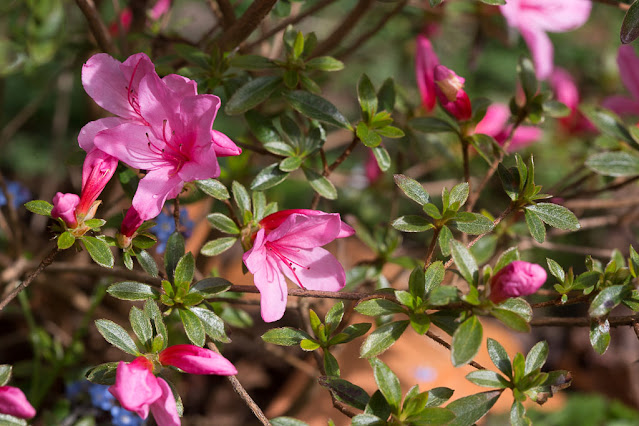 One of our azaleas is blooming, but I'm not sure how the flowers will handle the freeze. Stay tuned. 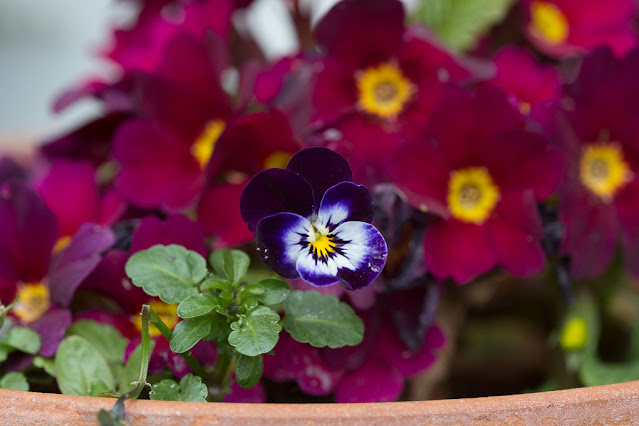 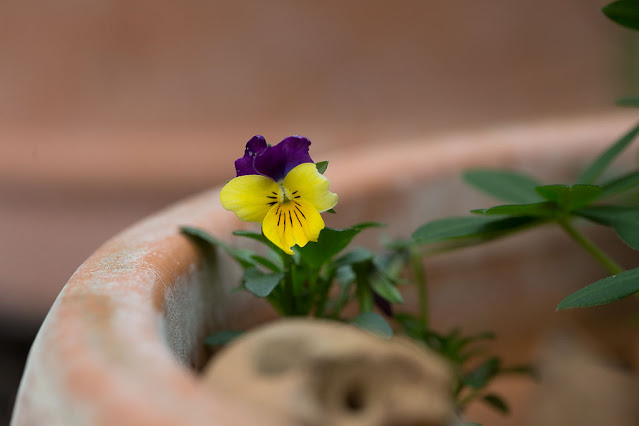 We have several violas that have come up on their own. Mrs. Kravitz gave us a flat of violas last year, and although all those plants eventually died -- they're annuals -- apparently they re-seeded pretty vigorously. They're scattered around the patio and in the flowerpots. 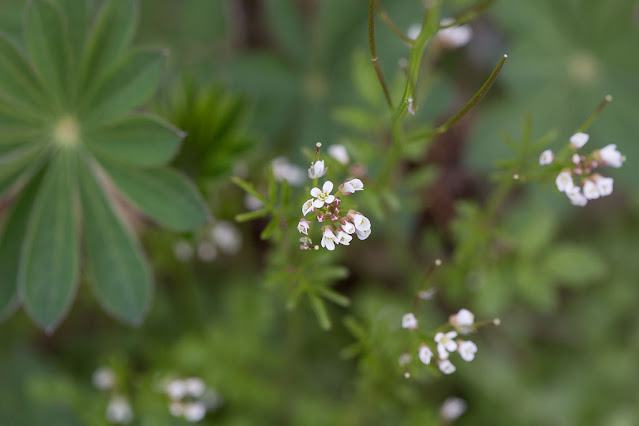 This is actually a weed known as hairy bittercress. I kind of like it, so for now I'm leaving it where it grew in the pot with the lupines. Like comfrey, it can become a pest, though.