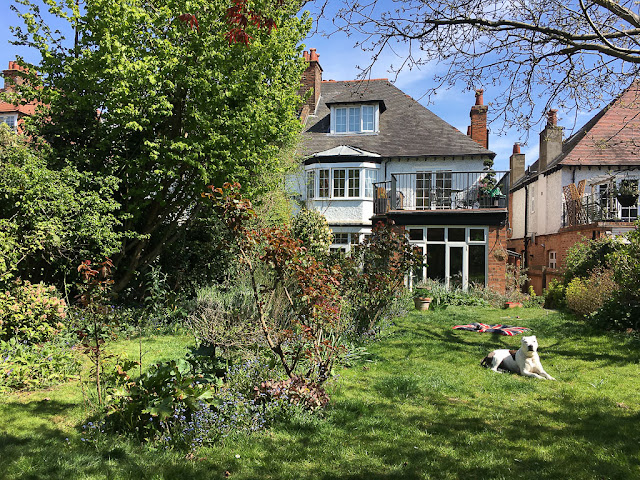 It was this kind of a day yesterday -- blue, clear, cool and sunny. As it turns out I didn't work on cleaning out our files at all. Instead I was in the garden almost all day, weeding, mowing and repotting plants. I repotted our living room dracaena, and a lily I bought last year that seems to be on the verge of blooming again. (Woo hoo!)

I had another interesting exchange with neighbor Mrs. Kravitz, who was in her garden talking to her garden designer. (Yes, she has a garden designer.) She called me over to the fence and suggested that we trim one of our bushes because it blocks her view of our Japanese maple.

Now, maybe I am overreacting, but doesn't that seem completely insane to you? Would you ever approach your neighbor and ask them to trim a shrub -- entirely on their property -- so that you can see more of THEIR landscaping?

I told her no. I said we were growing that bush partly as a barrier for privacy. She petulantly returned to the matter of the garden fence and began asking when it would be replaced. I came inside and told Dave, if it were up to me, I'd install a fence ten feet high topped with razor wire.

I hope I'm not being unreasonable in reacting so strongly to her suggestions, but to my way of thinking, the woman has no boundaries. 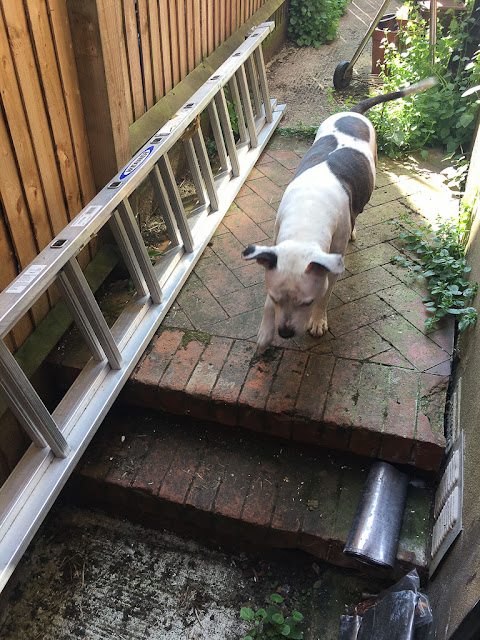 Here's Olga at the side of the house. I really took this picture to show the ladder recently abandoned by the roofers. They didn't respond to the Russians' letter asking them to come back and get it, so I guess it's here to stay. I told Mrs. Russia that as far as I'm concerned it's theirs and they can do whatever they want with it, including leave it at the side of the house -- it's not bothering me, and it's aluminum so I don't think it will deteriorate outdoors. (We don't really have any indoor storage for something that big.) If I were her, I'd sell it.

They also left behind a roll of roofing lead (at lower right), which, despite being relatively small, weighs a ton -- because, lead.

The electricians never came back for their drill, either. Weird. 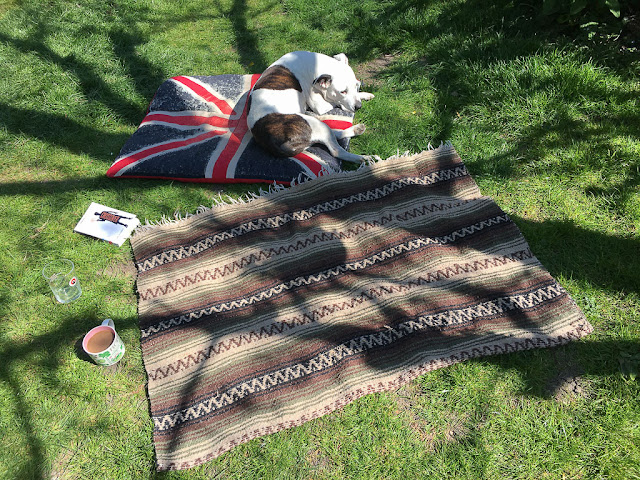 Here's how I spent the afternoon -- reading on a blanket while Olga snoozed nearby... 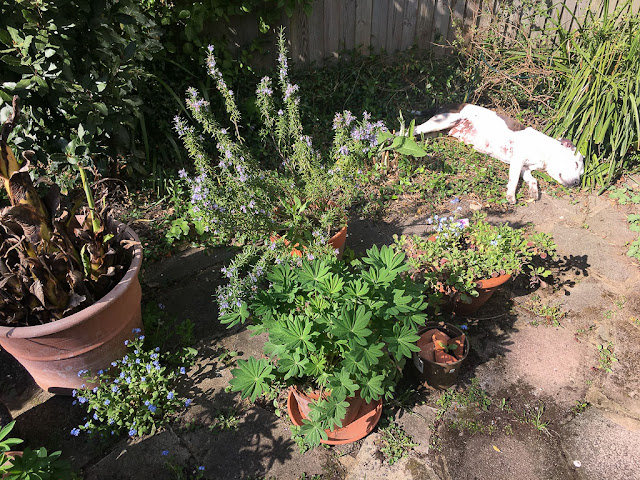 ...before she moved to the flower bed next to the patio. Fortunately she's not lying on anything important. 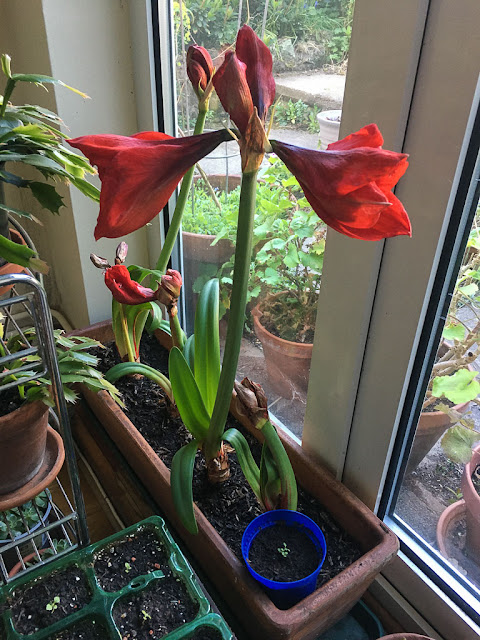 Finally, these are our amaryllis. They're a mixed bag this year. We have a few flowers that look like they'll be successful, but several of the blossoms and two entire flower stalks have failed. It's that "red blotch" fungus. Despite their bleach-water bath and a fungicide treatment, they're still afflicted. So, sadly, I think this will be their last year. It's just too much trouble to try to fight this battle, and they take up a lot of valuable houseplant real estate. When they're done blooming, they're going into the garden waste.

See? We really do have garden failures -- I just don't write about them as much as the successes. Also dead this year is the curcuma that I bought last summer. It died back to the ground last fall and completely failed to re-sprout, and the root seems rotten. So it goes.
Posted by Steve Reed at 7:26 AM