The Queen Gets Trashed 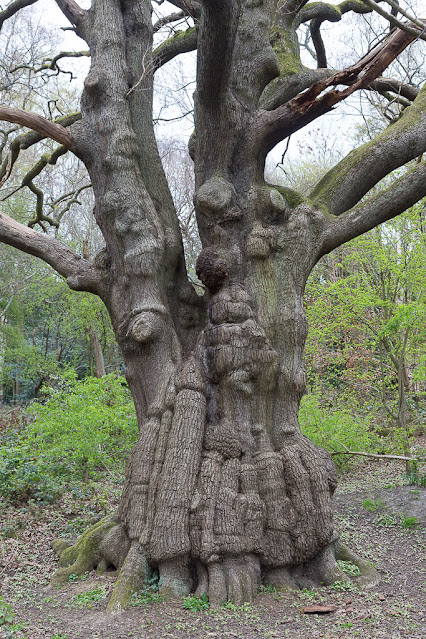 Hampstead Heath has a lot of interesting old trees, and this is one of my favorites. Talk about scars, lumps and bumps! The area around it is fenced off to prevent root compaction, according to a nearby sign, which calls it a "veteran tree" but doesn't say how old it is. I'd love to know.

When I logged in to Blogger just now I got a message saying that the "follow by e-mail" widget will no longer work after July. So if you've signed up to get my blog posts via e-mail, I'm sorry to say that's apparently going to stop. Technology! I'll have to look into whether I can migrate my e-mail subscriber list to another similar service, but meanwhile, if you want to keep up with my pathetic life, you might have to bookmark my blog and visit it that way.

I had a doctor's appointment a couple of days ago to follow up on my blood tests, which were all fine except, of course, my cholesterol levels. This is a perpetual problem with me, as it is with my mother. It's a genetic thing. The good news is, we have no heart disease in the family. I was afraid the doctor was going to try to talk me into taking statins, but she said because I have a healthy BMI and no family history of heart problems she's not worried. She poked and prodded me and said otherwise I appear to be in good shape.

Oh -- I have to fill you in on the saga of the shopping bag! Dave and I have two identical re-usable grocery bags, which I bought several years ago at the British Museum. We love them because they're big and durable, but the other day, right after a shopping trip, one of them mysteriously disappeared. We looked everywhere, and I mean everywhere, and we couldn't find it. I finally decided it had to be in one of two places -- in the bag with our bedsheets at the laundromat, or in the trash, which I had recently taken out to the bin at the street.

So yesterday morning I went out to the bin, pulled the trash bag out, opened it up and began to wade through. And sure enough, there was our shopping bag. 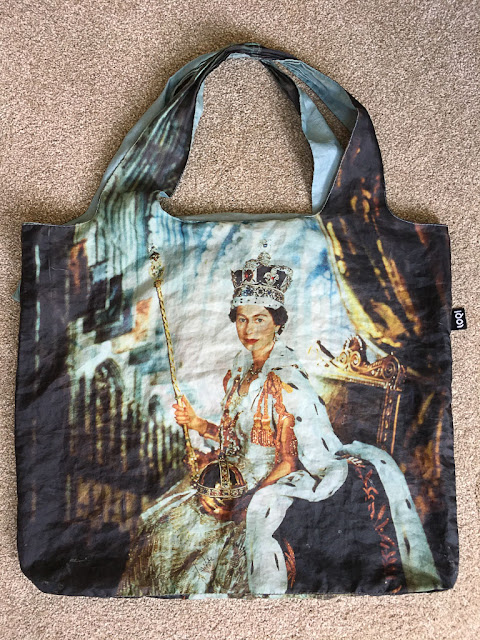 A bit rumpled, but otherwise none the worse for wear.

Dave and I cannot figure out how this happened, exactly, but at least we got the bag back. 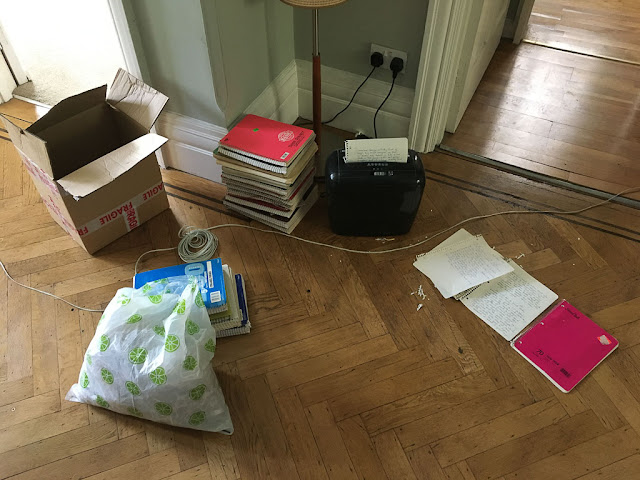 You may remember that several years ago I worked on a project to edit and digitize my old paper journals. I did this because I wrote many of them at times of desperation or unhappiness, and a lot of that stuff isn't really for public consumption. I didn't want to drop dead and have someone read them all or, God forbid, sell them in an estate sale.

So I transcribed the good stuff, skipped the repetitive drama and angst (hopefully preserving enough drama to present an accurate record), and put it all online. (It's a private blog for now but one of these days I might open it up, not that anyone except me would ever want to read it.)

This is the problem with journaling. It's a great way to work out problems and record events, but then you're left with physical artifacts that you don't necessarily want to leave behind for the world to consume!
Posted by Steve Reed at 6:51 AM