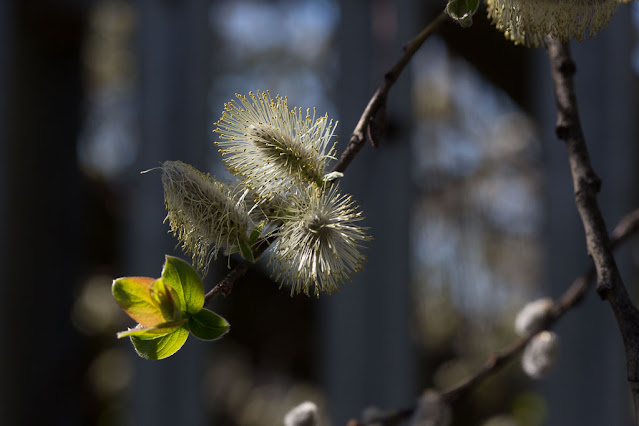 It's chilly here this morning -- 38º F (or 3º C), according to the trusty weather app. I was just out in the garden and BRRRRR. One of these days, spring is really going to arrive.

You may be wondering about the results of my marathon effort on Monday and Tuesday to e-mail the parents of kids with overdue books. (I'm sure you are.) We have indeed gotten a lot of stuff back -- my overdue list is down from 18 pages to 12 -- and I expect more. Twelve pages is still a lot, so there's more to be done, but I'm hoping people will take the weekend to find whatever items they've mislaid.

I had a major victory yesterday when the kid with the dubious distinction of having the most extremely overdue books in the entire library paid for them. He checked out two books in December 2019 and January 2020, failed to return them, and then ducked every attempt I made to e-mail or contact him. I finally had to go stand outside his classroom one morning about a week ago and wait for him to emerge to talk to him in person. Anyway, he lost the books (I am consistently mystified about how this happens, but it does) and yesterday he cleared his account. Whew!

It's funny -- when I first started this job back in 2013, there was a girl (let's call her Suzie) who was terrible about returning books. I had to chase her over and over to get stuff back, or to get her to pay for lost things. I was always rolling my eyes and talking about Suzie to co-workers, and she became symbolic of the bad library patron. I was so happy when she finally graduated. But in the years since, I've come to realize that every school year, there's a Suzie.

I ordered flowers for my mom for Mother's Day, and I'm hoping they arrive because I'm not sure how deliveries work at her retirement center. We shall see.

I also bought some jimsonweed seeds for our garden. You may remember I found one growing wild last summer and tried to get its seeds to sprout without success. (I think they weren't yet mature.) So we'll try some from a seed store. Yes, I know it's a poisonous plant. Olga won't bother it -- she's not a plant consumer, with the exception of grass.

Oh, and the electrician stopped by on Wednesday evening and picked up his forgotten drill. So at least that's gone. The roofers still haven't come for their abandoned ladder. 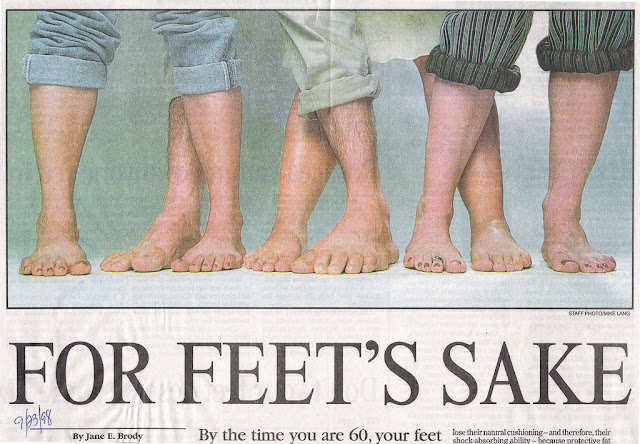 While I was cleaning out my clips several days ago I came across this one, which I saved just for the photo. Yes, my feet are in that lineup! A friend recruited me and several other people to be "foot models" to illustrate this wire story about foot health. It's kind of funny, given that the story appears to be about older feet, and at the time we were all in our early 30's -- not quite the intended demographic. Every once in a while I'd find myself in a picture published in a newspaper, which is inevitable when you're a reporter and turning up at well-covered news events, but this is the only time my feet got published!

(Top photo: A blooming tree along the Grand Union Canal, about two weeks ago.)
Posted by Steve Reed at 6:56 AM