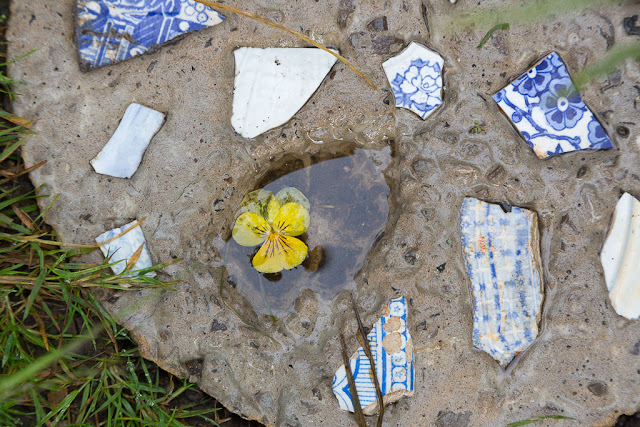 Before I get started on today's post, several of you mentioned the lack of masks on the people in yesterday's photo. Believe me, this is not unusual! Especially outdoors. I've seen recent articles about the percentage of people wearing masks in the UK, and it's significantly lower than in many other countries, including the USA -- something like 21 percent to the USA's 60-something percent, if I remember right. There's been an argument that the UK government needs to issue clearer recommendations on masks -- although as some of you mentioned a few days ago, Scotland is now requiring them in shops. (According to The Guardian, some men find masks un-masculine.)

But anyway, that's just an aside, because what I really wanted to write about today is...plants. Big change there!

Yesterday I took a walk to Homebase to buy some marigolds for our hanging baskets. Our violas were sagging and leggy, and badly needed replacing. (One wayward blossom found its way into the tiny puddle created by Olga's paw print in our garden stepping stones, above.) 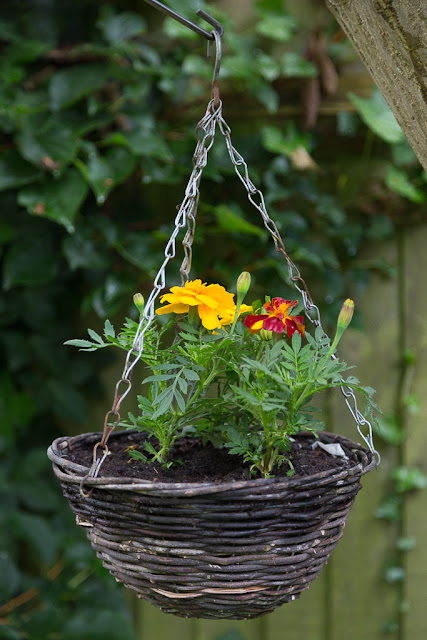 Mission accomplished, although not without minor drama. As I stood in line at Homebase waiting to check out, the woman behind me -- yakking on her cell phone -- kept bumping the back of my legs with her shopping cart. Social distancing, people! I finally turned around a glared at her and to her credit, she apologized and backed up. I'm such a crab. As you can see, we've had a lot of rain. Our first stargazer lily has opened -- we have a few more on the way, too, despite the best efforts of the slugs and lily beetles. 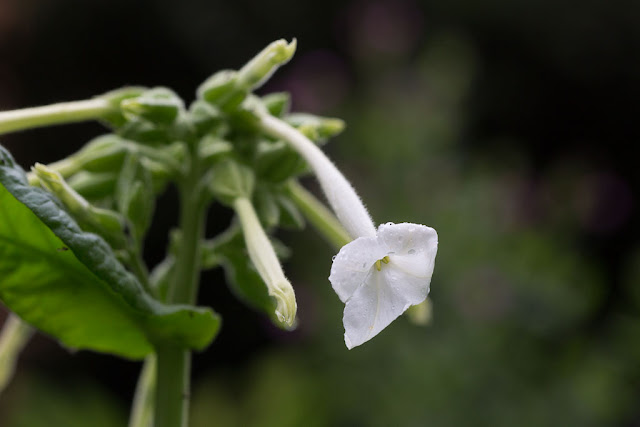 Our nicotiana, new this year, has put out its first flowers. Dave has named the plant Nicole. 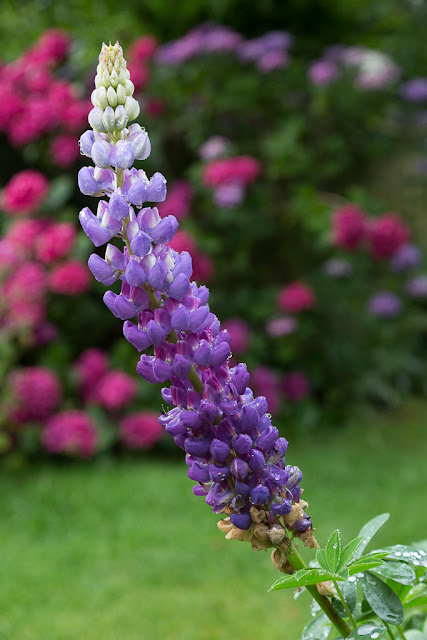 Our purple lupine is at its peak, or maybe just a bit past. Those are hydrangeas behind it. 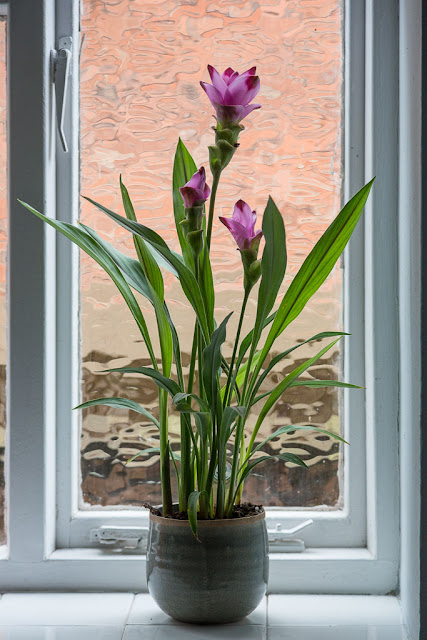 Also at Homebase, I found this plant -- a curcuma, which I'd never heard of, but I bought it anyway. Turns out it's the same type of plant that turmeric comes from -- a member of the ginger family. Pretty, isn't it?

Aside from my outing to Homebase and some minor gardening, yesterday was pretty uneventful. The mail once again failed to bring several items I ordered weeks ago from the States -- some graphic t-shirts and a mask. It's ridiculous how long international packages take to arrive. Dave's parents mailed him a birthday present in May -- you may recall his birthday was June 22 -- and that still hasn't shown up. We've basically given up on it. I'm wondering if it somehow got returned to their winter home in Florida, and maybe they just don't know because they're in Michigan now.

Dave also asked me to mention that he made a fabulous cauliflower gratin for dinner two nights ago. And it was indeed fabulous. Duly noted!
Posted by Steve Reed at 8:50 AM