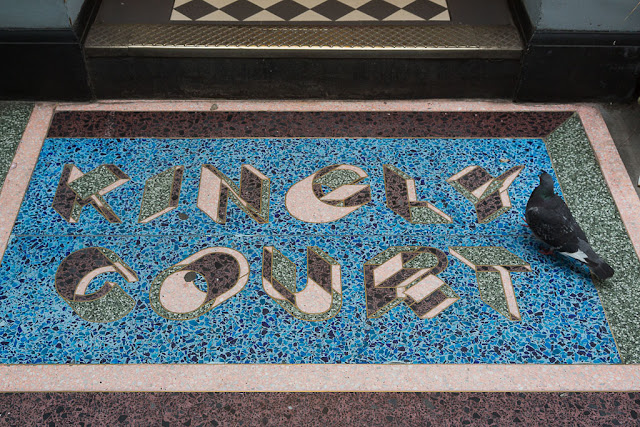 I finished Mark Doty's book about Walt Whitman yesterday morning, sitting on our garden bench. I found the book a little uneven, a bit like a sandwich -- drier at the beginning and the end, but juicier in the middle. It was most interesting when Doty wrote about his own life and Whitman's relationship to it; less interesting, I found, were Doty's dissections of Whitman's linguistics and poetic structure.

I was most intrigued by Doty's descriptions of Whitman's "Calamus" poems, including one from 1860 that always stands out in my memory:

I dreamed in a dream, I saw a city invincible to the attacks
of the whole of the rest of the earth,
I dreamed that was the new City of Friends,
Nothing was greater there than the quality of robust love – it led
the rest,
It was seen in every hour in the actions of the men of that city,
And in all their looks and words.

I was living in Manhattan on 9/11. A few days afterwards, I was walking through New York's Union Square, which like many parts of the city featured a huge impromptu memorial to the victims of the catastrophe. Someone had written that poem on a poster or flier and left it there, among the flowers and candles, and it made a huge impression on me -- an almost prophetic assertion of New York's beauty and resilience.

It turns out that wasn't the original, though. Doty quotes a slightly different earlier version of the same verse:

I dreamed in a dream of a city where all men were like brothers,
O I saw them tenderly love each other – I often saw them,
in numbers, walking hand in hand;
I dreamed that was the city of robust friends – Nothing was greater
there than manly love – it led the rest,
It was seen every hour in the actions of men of that city, and in all
their looks and words. –

Doty points out that Whitman's original version of this verse is more specifically male-oriented, with men tenderly loving each other, hand in hand. The friends are "robust," the love is "manly." Doty wonders if the "attacks" in the later version come "because of that tender love?" In other words, the original version is gayer -- a vision of a sort of queer utopia, albeit also brotherly, to be read and interpreted by both "insiders and outsiders" according to their perspectives.

At any rate, Whitman still isn't my favorite poet. Although Doty extolls his use of everyday language in his quest to write uniquely American poetry, I still find him difficult, rambling and circuitous. I guess I'm just a more direct communicator. (My journalism training!) Perhaps I would feel differently about what seemed to me the drier parts of Doty's book if I were more into Whitman in general. 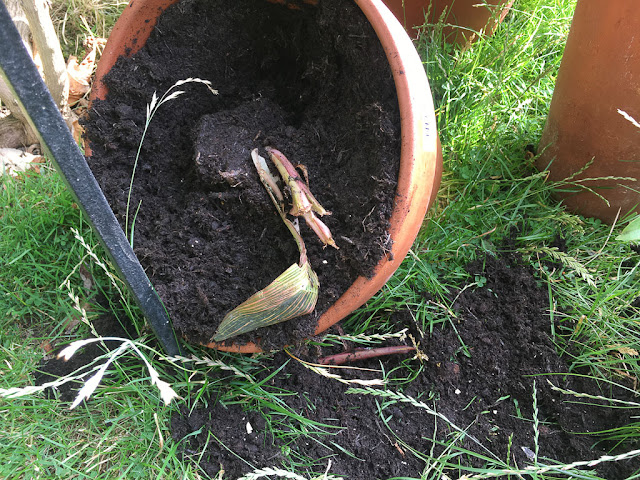 On a completely different note, remember our new and struggling canna lily? Well, it was just beginning to produce a new leaf, and I was thinking it was going to survive -- and then, BOOM. I went out yesterday morning to find the plant ravaged (above). I have no idea what got into it -- either a very large and angry squirrel or perhaps even a fox. It was sitting beneath the bird feeder, and perhaps some suet dust sifted down onto the pot.

Anyway, I repotted it, but the new leaf is toast. I moved the pot away from the feeders. We'll see if the canna makes another comeback.

(Top photo: Some colorful steps in Soho.)
Posted by Steve Reed at 6:36 AM