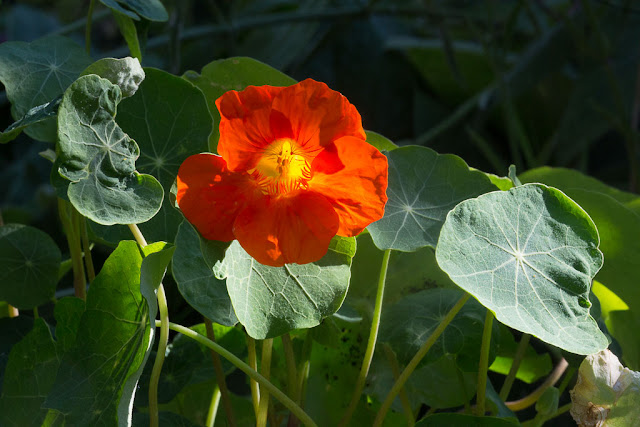 Just a few days ago I wrote about the annoying carpet of walnut detritus that, with the help of hungry squirrels, accumulates under our walnut tree every morning. No sooner had I pressed publish on that post than the walnut bombing stopped, all of a sudden. I think they've stripped the tree of every edible nut.

Our nasturtiums apparently dropped seeds a couple of years ago in and around a hydrangea in the front flower bed. In early spring, Dave moved the hydrangea to a big pot, and rooting around in the soil activated the nasturtium seeds, which sprouted. We moved them to their own pot in a sunny location, and now we have our first flower! 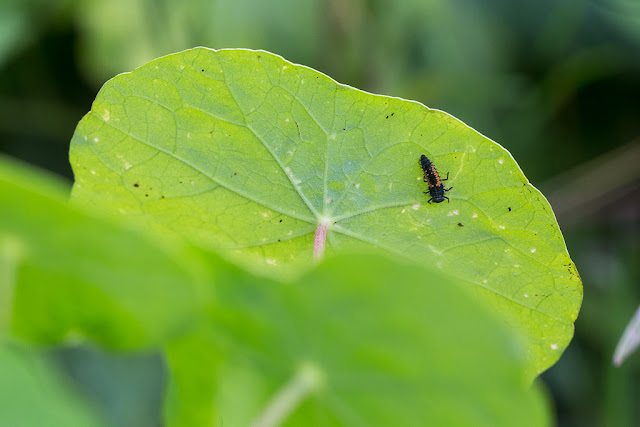 The plants have a little aphid problem, but yesterday morning a ladybird (ladybug) larva was on duty, cleaning them up. 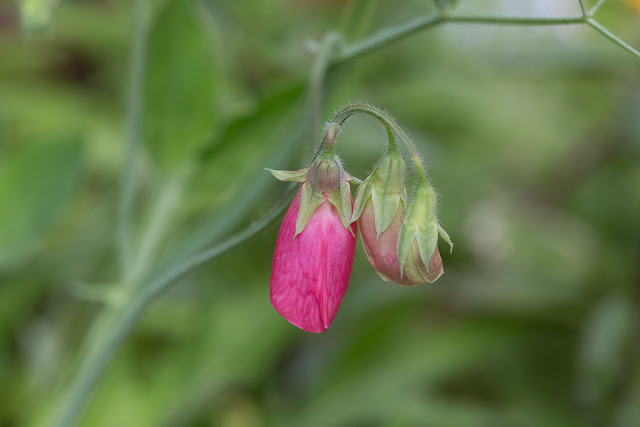 We also finally have some flowers coming on our sweet peas. It's been months since I planted the seeds. I was about to give up on them but they're coming through. 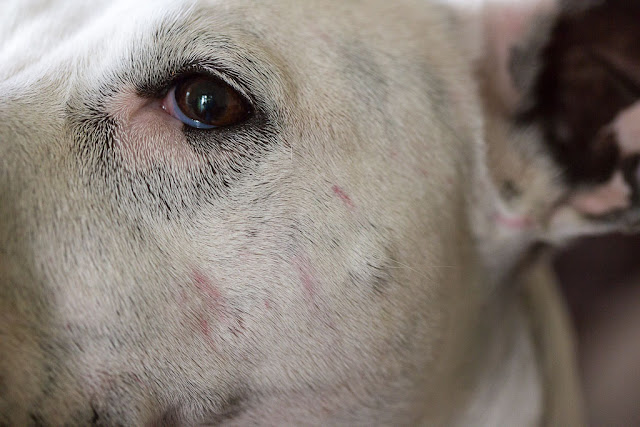 Olga, formerly stained with walnut juice, is now stained with blackberry juice, which she picks up on her fur while charging through the underbrush after her Kong. (Or squirrels.) She's an even more colorful dog than usual! 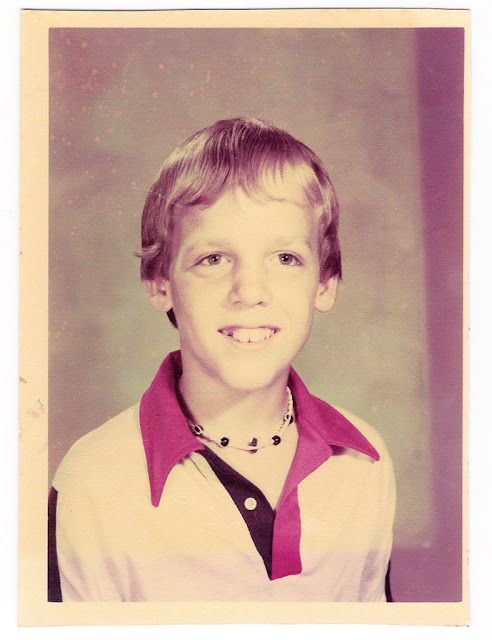 Yes, that's me, in seventh grade -- the one school year that probably most of us would love to forget. I'm posting this picture because blogger Miss Edna recently mentioned crocheting necklaces, and that reminded me of this macramé necklace I made in the late 1970's. My stepmother, a macramé practitioner who made elaborate creations including plant hangers and a wine rack, got my stepbrother into it, and I learned it from him. Soon both of us were making our own knotted chokers with little beads. I think my younger brother and stepsister made some too. I can't remember where those beads came from -- probably some place in the mall. The middle bead was supposed to be shaped like a very abstract dove.

This photo is one of the ones my stepmother mailed me several weeks ago. It obviously spent many years in a frame and it's very faded, but it's the only copy I have of this particular portrait, which I never liked. (What is up with my hair? It looks like I hadn't washed it in a week. Which is possible.) I'm sure my mom has better copies stuck in a drawer somewhere.

Wasn't I just quite the little hipster?
Posted by Steve Reed at 6:24 AM