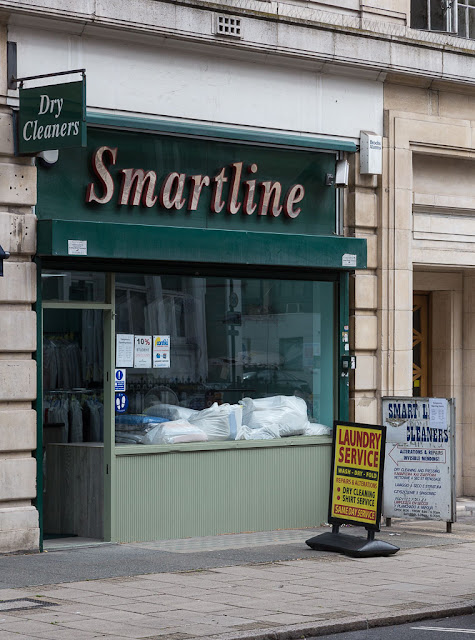 A few more pictures from my walk on Wednesday. I love the retro name of this cleaner. No one uses "smart" as an adjective relating to appearance anymore, do they? As in, "you look smart today," or "that's a smart-looking dress." To me it seems very '50s. 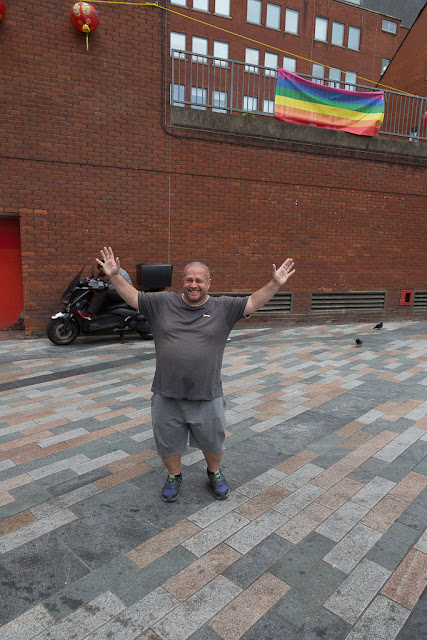 Here's another Soho neighborhood character. I had my camera out and he basically got in my path and put his arms up until I took his picture. When I complied, he exclaimed, "I've been shot!" 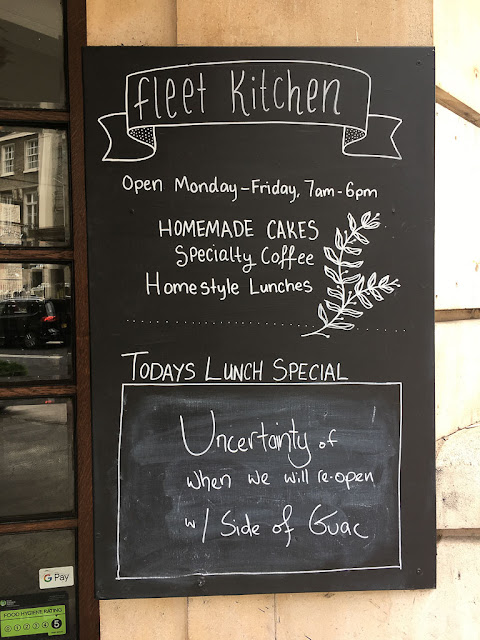 I liked the lunch special on this sign -- uncertainty with a side of guac. (They're still closed.)

While I was walking on Wednesday, Dave ginned up his courage and got a haircut. He said the experience felt pretty safe -- there were only four other people in the barber shop, three of them stylists, and everyone had protective equipment (including Dave). He looks a million times better and I know he must feel better too.

Yesterday I got motivated to send in my ballot for the primary election in Florida. I consulted with a friend who works in journalism in my home town, marked my ballot and mailed it off. As some of you mentioned in the comments on my post a few days ago, I was afraid not participating would affect my ballot for the big election in November, and we wouldn't want that!

I'm still the only person wearing a mask when I go into many shops, but supposedly that's going to change on July 24, when they become mandatory throughout England -- despite hesitation from some lawmakers like the conservative MP who decried "this monstrous imposition against myself and a number of outraged and reluctant constituents."
Posted by Steve Reed at 6:25 AM