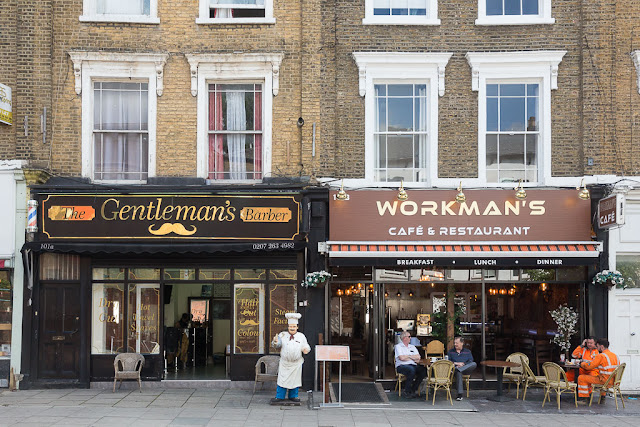 Dear God, I had to get out of the house yesterday. I don't doubt that my blog has been feeling a bit claustrophobic lately -- garden, dog, garden, dog, rinse, repeat -- because it's an accurate reflection of my life! I really needed to take a walk.
So I hoofed it over to Kentish Town, not too many miles away, and spent several hours taking pictures. (Dave's joke about Kentish Town, which I'm sure I've already told, is that "it's not really Kent. It's only Kent-ish.") I left Olga to the mercy of her dog-walker, and knowing how frustrated -- literally, barking mad -- she sometimes gets when I stop to take pictures, it's just as well. 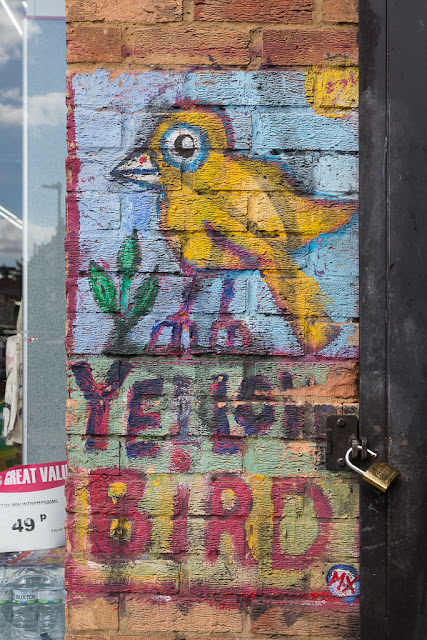 I didn't stop anywhere along the way -- just walked and walked. I found some quirky street art and some interesting shadows and shopfronts and street life, and I'll post more of those photos in the coming days. 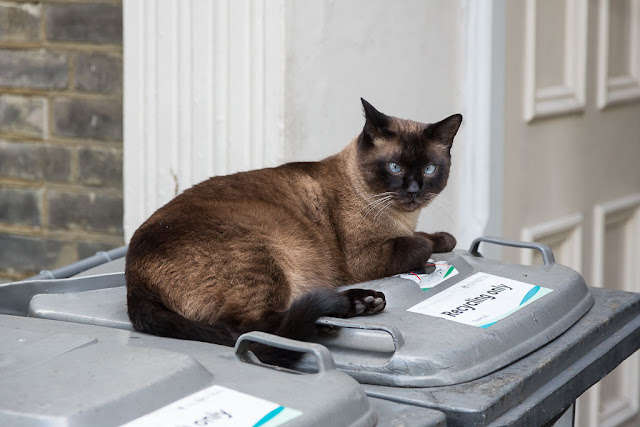 I blogged a canary above, so how about a cat, too? Isn't this a beautiful animal? Kind of a shame it was lying on top of the rubbish bins, rather than posing picturesquely on a flowery windowsill, but oh well. It's a cat -- it knows it doesn't have to please me. 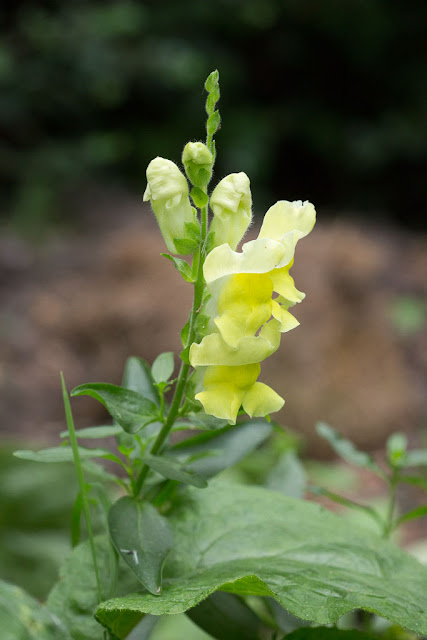 In case any of you just can't live a day without seeing an image from our garden, here's a photo I meant to post a couple of days ago when I was showing you our current crop of flowers. It's a snapdragon, one of several that came up and bloomed again -- two years after I first planted them. They were slow to get going, but they're pretty durable!
Other than my walk, yesterday was pretty uneventful. We're watching the third season of "Bosch" and I had to go back and watch the first episode of the season again, because I just wasn't following a couple of plot points. Dead guy in a camper, dead guy in an apartment, potential new romantic interest, spy cameras, dead graffiti artist/hustler, and remnants of last season that never seemed to get resolved. My head was spinning. I think I've got it more or less figured out now.
The New York Times had yet another article about whether the USA should get rid of pennies. Do you know it costs 2 cents to make every penny? The government actually loses money on the scheme. I have no idea why they're still in production -- and the same is true in the UK, where they are equally useless. (In fact here we've got an additional useless coin, the two-pence piece.) Sixty percent of them are used only once before being abandoned in jars or discarded. I think we ought to round everything up or down to the nearest nickel. But the last time this idea got bandied about in the UK, the tabloids ran headlines saying "Save our coppers!" Somehow a sentimental attachment to an antiquated symbol always wins the day.
Posted by Steve Reed at 6:43 AM