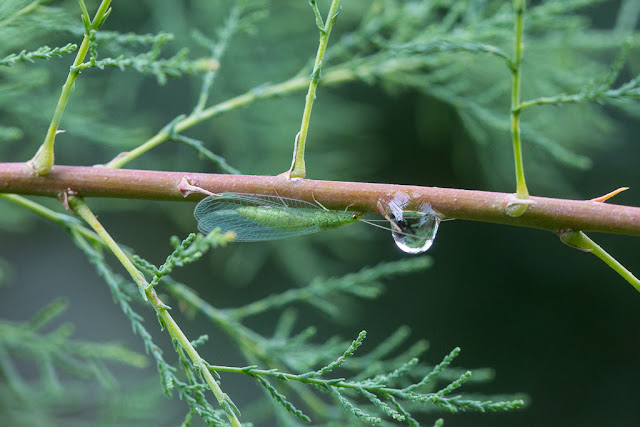 I'm just going to start calling my blog Bug-a-Day, because that's basically what it's become. We found this in the garden yesterday morning. It's a green lacewing, and it's the first lacewing I believe I've seen. A few years ago Dave and I bought some lacewing larvae and set it loose on the plants, but we never saw a single adult. Maybe they hid, and this one is a descendant. 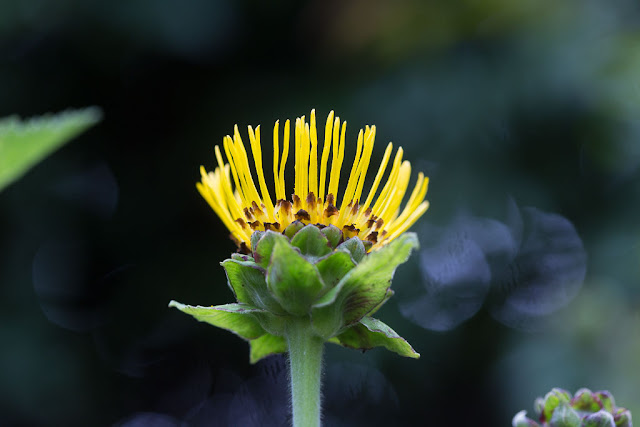 Also, the first flower has appeared on the big inula near the patio. The plant is so tall -- about eight feet high -- that I can only see the blossom from below!

I had a few minor errands to run yesterday. I packaged and mailed some seeds to a pal who'd asked for some -- foxgloves and lupines -- and hopefully they'll be viable. There's really no way to tell until they're in the ground and sprouting. Or not.

I've also been wrestling with what to do with my Florida primary election ballot, which arrived last week. The election is in the middle of next month, but all the races are for local judges and school board members, and let's be honest -- I don't have a clue who any of those people are. I don't think the local newspaper has even made endorsements, so I have nothing to go on. I firmly believe in voting, but I think I may sit this one out. As an overseas voter I really have more at stake in the national elections in November. 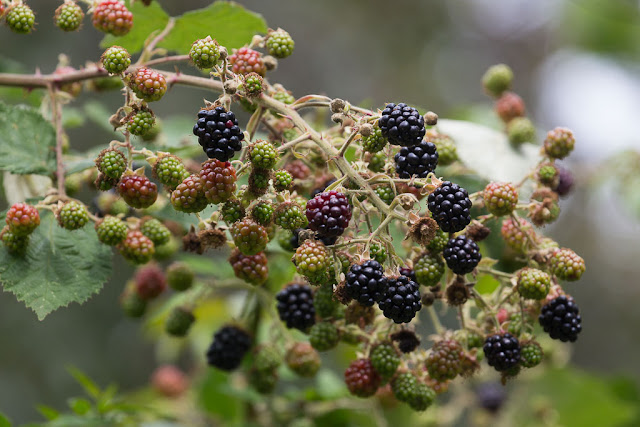 It's blackberry season! The berry vines are suddenly exploding with ripening fruit. This particular cluster is way at the top of the vine, in an area I can't reach, so these will be for the birds.

I've long had a vague idea that birds eat blackberries, but I'm not sure I've ever watched it before yesterday. While sitting on the garden bench, I saw a blackbird land about ten feet away with a berry in its beak. It pecked it apart, keeping a wary eye on me the whole time, and finally hopped behind the acanthus to finish its meal in private. 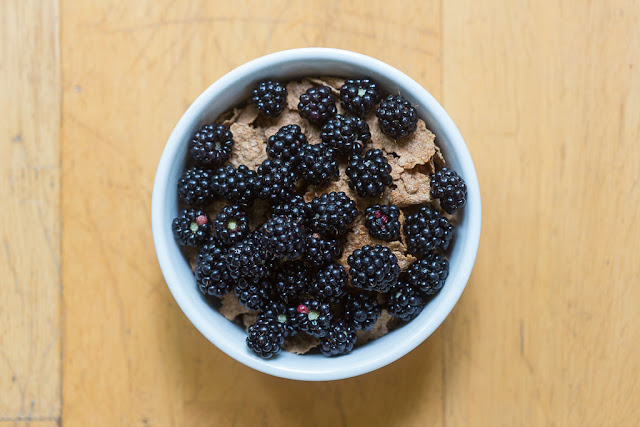 I've been picking them to put on my cereal. Dave doesn't really like our blackberries -- he calls them "acid balls" -- but I like the tartness. And they're free, from our own garden, which makes them even better!
Posted by Steve Reed at 6:01 AM