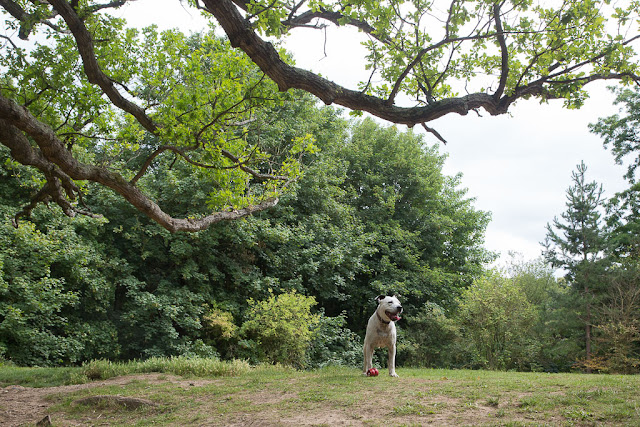 Another weekend, another walk on the Heath. I continue to marvel at how well Olga's responded to her anti-inflammatory medication. She's like a new dog -- queen of the hill, you might say. She shows much more energy and enthusiasm. And she's got to feel better, not being arthritically achey. I wish we'd known sooner that that's what was slowing her down. 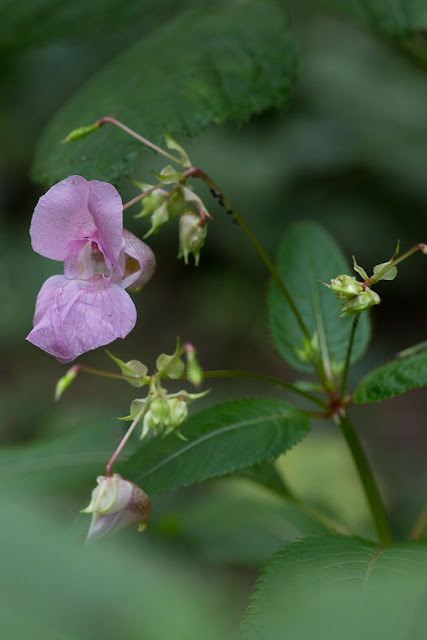 We saw Himalayan balsam on our walk -- it's a pretty flower but it's also an invasive species. Only afterwards did I wonder if I should have pulled it up myself. 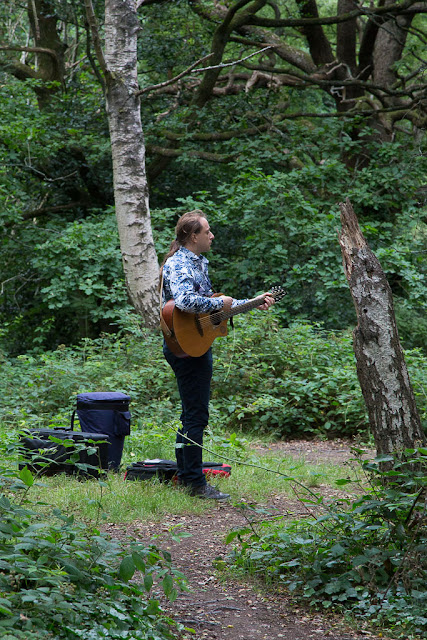 This guy was practicing his guitar out in the woods -- playing for a tree stump. He sounded pretty good, but I didn't stick around to listen. I'm not sure he wanted an audience, aside from the stump. 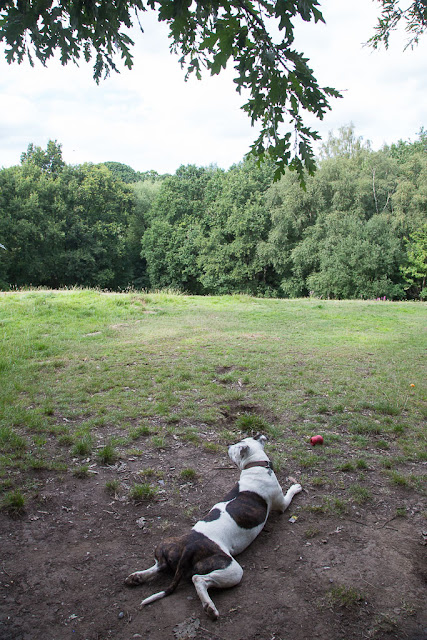 Anyway, we made a full circle of the Heath and even climbed Parliament Hill before ambling back home, where Dave... 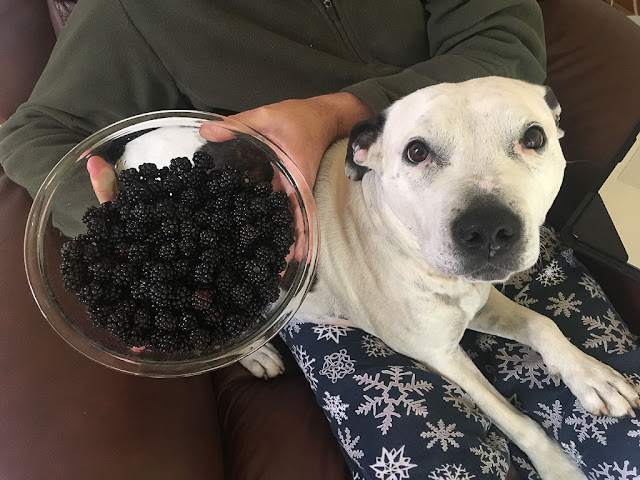 ...had made a blackberry pie!

Remember how I said we had a bumper crop of blackberries in the garden this year? Well, yesterday morning I picked a big bowl of them -- a bowl bigger than Olga's head! Dave was impressed at the quantity, and I couldn't even reach the berries at the top of the vines. While Olga and I walked, Dave got to baking. 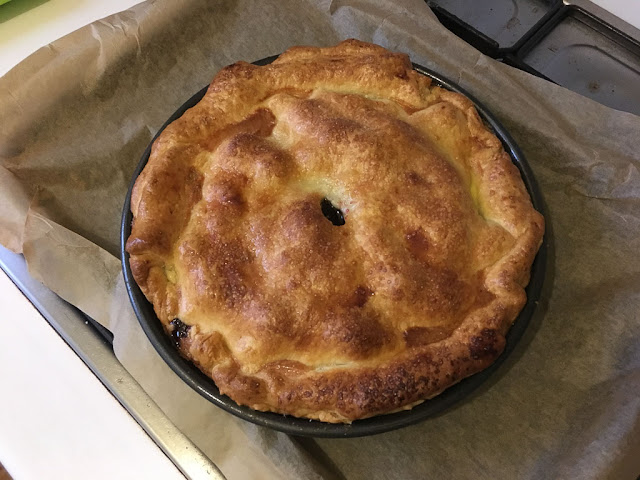 Here's the end result! It reminds me so much of the blackberry cobblers made by Mrs. Kirkland, the woman who took care of me and my brother after school when we were small children. I had a profound "food memory experience," I believe Dave called it, as I was eating that pie.
Posted by Steve Reed at 7:46 AM