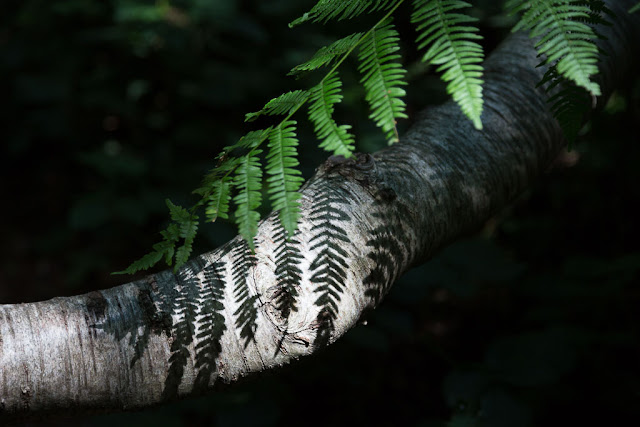 I was up this morning at 4:30. I have no idea why. Normally I'd blame sitting around the house and not getting enough exercise, but I took the dog on a long walk to the Heath yesterday so I should have been tired.

I could also blame rage at Trump's commutation of Roger Stone's prison sentence, but honestly, I'm more perplexed than enraged. It seems awfully risky to let your political crony out of prison just before an election. Drain the swamp, indeed! I suspect Roger Stone knows where all the skeletons are buried and Trump set him free to keep them that way.

Anyhow, back to walking the dog... 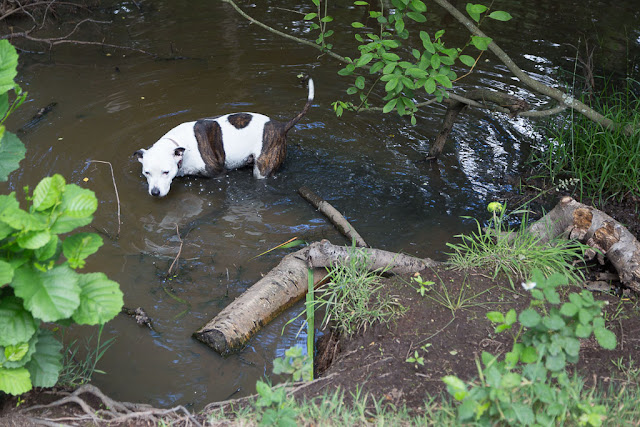 Olga tried out a new pond on the Heath, which you know made her day and of course necessitated a bath when we got home. She drank that mucky water, too. I don't know how dogs do it. They drink the grossest stuff and it never seems to bother them. (Then again, they also eat dirt.)

Have I mentioned that Francisco, her dog walker, calls her "Olgiña"? I think that's pretty cute. I've taken to calling her that too.

I found a little jay feather -- this picture is about life-sized. I hope it's a small feather from a big jay and not the other way around.


Up by Golders Green, Olga had a chance to lie in a field and contentedly chew her tennis ball. There were plenty of people out and the playground at Golders Hill Park, which has officially reopened, was packed. The net barriers have been removed from the playground equipment, the swings were back in place, and the kids were swarming like termites. I am doubtful of the wisdom of that reopening, but who knows.

In the morning I gardened a bit. The red admiral butterfly that visited us on Friday was back again, and once again, it fluttered up to me and landed on my shirt! I told Dave I felt like Snow White, with birds and small animals gathering around me. (Never mind that "small animals," in our urban environment, could possibly mean rats.) I wonder if the butterfly is attracted because my shirt is bright white, and thus stands out visually, or if it smells the laundry soap we use?

I can't believe I forgot to mention this in yesterday's post, but on Friday, Dave and I had our first restaurant meal since lockdown! We went to lunch at a little cafe on Mill Lane near our flat, and we sat outside. No one else was sitting near us, and although I had to go in to order and pay, it seemed no more risky than popping into a grocery store. (In fact, probably less -- there were far fewer people.) I had poached eggs and avocado on toast. It wasn't Jacques Pepin or Michel Roux, but it seemed special just the same.
Posted by Steve Reed at 7:23 AM