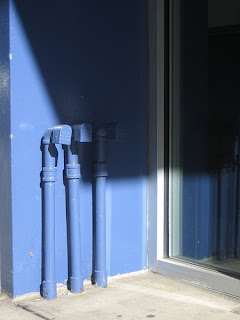 I just finished a fun book called “The Great Funk: Falling Apart and Coming Together (On a Shag Rug) in the Seventies,” by Thomas Hine. A design and architecture critic, Hine writes about ‘70s culture, and provides lots of great illustrations spanning the years from Woodstock to disco to Reagan. Macrame? Spider plants? It’s all there, and it’s really entertaining.

Part of the book focused on the birth of personal computers, and made me remember my own early experiences with computers. When I was in seventh grade, in 1978-79, my middle school got a Radio Shack TRS-80 computer. We named it “Calfitzmus.” It was a clunky beast of a machine that we learned to program using BASIC, an antiquated computer language that as far as I know has been long since abandoned.

We wrote lines of code to make Calfitzmus perform little tricks, like printing out a single line of text ad infinitum using a loop command. Not very sophisticated, but considering none of us had ever used a computer before, it seemed adventurous. And it was unusual enough that The Tampa Tribune sent a reporter to our classroom to do a story about us. (My first appearance in a newspaper, I believe.)

I didn’t do much with computers over the next few years, unless you count playing video games on our Atari. When I was in high school my mom bought an Apple IIe, which allowed me to further practice my BASIC programming, and my brother and I to play more games. Even though it had a two-color monitor -- green and black -- I remember writing programs to make it draw the flags of different countries. (What a nerd!)

I took a “computer math” course in high school, which had very little to do with actual math but still provided a math credit -- which I desperately needed, having reached the end of my own mathematical abilities in Algebra II. More programming in BASIC. Then, in college, I moved to ATEX word processors at the student paper, and that was it for me and computing until 1995, when I bought a computer to join the Internet era. (The Internet blossomed while I was in Morocco, so I missed its earliest years of popularity.)

It’s hard to believe we’ve come all the way from Calfitzmus and BASIC to here, with the Internet such a part of our lives. Remember when doing research meant schlepping to the library? Sheesh!