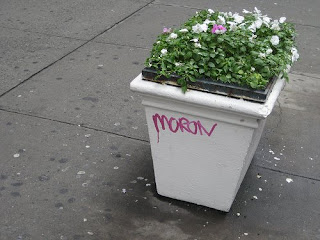 I watched “The Silence” last night, the last film in my Bergman trilogy. It was far more surreal than the first two. There were long stretches with no dialogue, during which a boy plays in the vast hallways of an old hotel in a fictional country at war. I’m having a little trouble relating it to “Through a Glass Darkly” and “Winter Light” as an element of a trilogy. The faith issues in the first two were very literal, whereas this one, not so much.

Speaking of faith, my Buddhist practice has really taken a slide lately. I need to get back on the cushion! I haven’t been going to the gym as much, either. It doesn’t feel bad, though -- it’s kind of nice to not feel as driven, to be more gentle with myself. Maybe this is what happens as we get further into our 40s? Or am I just being lazy?