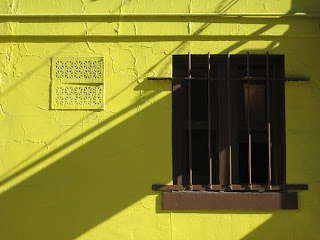 When my cat began having trouble with her thyroid last year, I began buying Fancy Feast to coerce her into taking her medicine. Until then, she only ate kibble -- but I found if I dribbled her liquid medicine into Fancy Feast, she’d eat it without hesitation, and I didn’t have to wrestle a dropper into her mouth.

After her treatment -- which eliminated the need for medicine -- I kept giving her Fancy Feast every morning, in addition to her omnipresent dry food. She likes Fancy Feast so much, and I think the moisture is good for her kidneys, which aren’t the greatest these days. (She’s 13.)

We’ve developed a very funny routine. Every morning, right around 5 a.m., she begins to get excited. Sometimes she’ll run around the house and jump on me. Or if she’s lying next to me, she’s like a coiled spring -- at the slightest movement from me, she leaps up and runs to the kitchen. She knows she’s going to get fed.

But sometimes, despite all the excitement, she’s not even hungry. I’ll put her Fancy Feast down, and she’ll walk over and look at it. She might take a few bites and walk away, returning to it periodically through the morning until it’s finished. Or, if it’s a type with gravy, she almost always eats the gravy immediately and leaves the rest for later.

Looking at this through my Buddhist lens, it seems so illustrative of desire. We think we really want something, and then when we get it, we find we don’t want it so badly after all. Sometimes we’re not even sure what to do with it. The fact that my cat experiences this shows that it’s really ingrained in all beings -- she wants her Fancy Feast because “it’s time,” it’s her habit, not because she’s hungry.

Isn’t that how we look at a lot of things in life? I want a better job because “it’s time.” I want a relationship because “I should have one by now.” But do we really want these things, or do we just think we do? Are they our Fancy Feast?