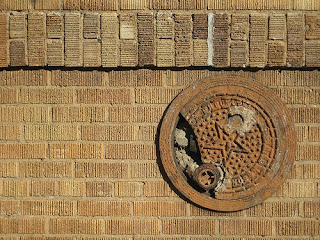 I try really hard not to write about politics. We all live beneath a Niagara of political news, and I figure we could use a break.

But I have to say I’ve been experiencing some angst about this election. I don’t mind a fight where people make up their minds based on facts and policy proposals. I do support one candidate over the other, but I think they’re both honorable people, and I can see how someone might prefer the other guy.

What ties me up in knots is the persistent campaign of lies about Barack Obama. I see many of them at work as I read what readers write on our newspaper Web sites. I also visited a blog on Tuesday, prompted by comments on another blog I frequent, that echoed many of the same lies -- that he won’t release his birth certificate, for example. (He’s done so, and Hawaii has verified it.) Or that he’s a closet muslim extremist, or a radical, or whatever.

I just don’t know what to do with people who willfully disbelieve the truth. As a journalist, it ties me up inside. Democracy is endangered when people make choices based on lies, distortions and conspiracy theories that they choose to believe and perpetuate against all available evidence, and it kills our national spirit as well.

I think this election is vitally important. But last night, I read a wonderful quote from Dean Sluyter’s book, “The Zen Commandments.” I’m going to try to keep it in mind when I feel election angst.

“We’re all temps around here. The entire drama of our life and our world, everything that seems so crucially important, is like a dream that eventually evaporates, along with the dreamer. If there’s nothing after this world, then we vanish into such utter oblivion that it’s as if it all never happened. If there is a next world or next life, then what seemed like the whole story is part of a much bigger picture. Either way, our worries were blown out of proportion.”