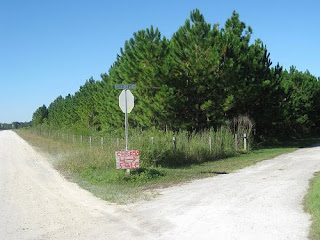 I’m at my apartment -- and yet it isn’t really my apartment. It’s more like a generic city apartment, in an old red brick building, with a couple of rooms and a couple of windows, sunlight and houseplants. I’m having lemonade. I think I’m watching TV. Armenia is with me, and there’s also an unconscious rat lying on the table in front of me. The rat begins to wake up. It seems sick or injured.

I use my lemonade straw to dip into my drink and siphon up some lemonade, which I allow the rat to suck from the straw. I am aware that I can no longer drink my lemonade, having now contaminated it with rat. I give Armenia some lemonade using the same straw method, not wanting her to be jealous.

I realize I have to get this rat out of the house. I carefully pick it up -- it seems to be asleep again. I carry it outside into a maze of courtyards and alleys. I’m not really walking -- I’m kind of flying or hovering above the ground. I put the rat down in an alley and fly back to my apartment, entering through the window.

I have to give my brother some keys. I’m pulling them off the key ring trying to remember what they’re for. I keep one that goes with a metal strongbox that I still own. I keep one that goes with a lacquer box, too -- it goes inside the metal box. I’ve just been looking at the lacquer box, which seems to contain coins. Some of the lacquer came off and damaged my dining room table. I hope I can wipe it up. I find a stray Spanish coin on the floor. It’s not very old.

Suddenly, I’m at the Metropolitan Opera, watching “Tosca.” And yet, I am lying in bed. I’m in the first row, and in that row are bench seats that can be folded down and turned into beds. Behind me are rows and rows of elegantly dressed patrons, and I am in pajamas. I’m the only person with a bed. I’m vaguely troubled, even though I paid to have this special bed -- I feel like it might be considered tacky or inappropriate.

I watch an opening number in which the performer has to walk through a sort of bead curtain to the front of the stage. Her costume gets briefly snagged on the bead curtain, but she loosens it with no problem. I notice that she is following a blocking line clearly marked on the stage.

The performance proceeds, but it’s more like a Broadway musical than the actual “Tosca.” An intermission comes, and suddenly there’s a bar to my right. “Do you take ice?” the bartender asks me. I’m so puzzled, lying there in bed, that I don’t really respond. He brings me a glass of whiskey neat, with ice in a separate glass. He tells me to drink it because I’m going to need to participate in the next act!