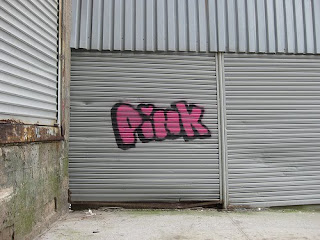 Do you know Kylie Minogue? She’s a petite Australian pop singer with a fan base that’s roughly 99.7 percent gay. (Why this is, I’m not sure, except that her music is dancey, glitzy and turns up in a lot of nightclubs.) She ended her North American tour in New York City last night, and I went to the show.

Here’s the uninteresting story of how that happened: My friend Dan called me Monday and asked if I wanted to go. I had nothing planned, and I know two Kylie Minogue songs that I like, so I said, “Sure!” (This and this are the two songs I like, by the way. That second video is the gayest thing ever.)

Kylie opened her show standing on a huge, sparkling, Damien Hirst-style skull, which descended from the ceiling and slowly lowered her to the floor. That set the tone for a fun, glittery and basically vapid night, featuring dramatic lights and big video screens. Kylie herself did a great job, but frankly I found the music mostly uninteresting. She's nothing like my other relatively recent concert, Lily Allen, for example -- Lily is strong and surprising, like a shot of bourbon; Kylie is sweet and unchallenging, like maybe an appletini.

She had brass players. She had confetti machines. She had multiple costumes, hunky backup dancers and, as I mentioned, lots of dramatic lighting. She sang one song reclining on a couch in a sparkly gown, flanked by lion statues, a la Jean Harlow. Quite a show!

I did come home and buy another of her songs from iTunes. But Joni Mitchell is still more my style.

(Photo: Brooklyn graffiti that somehow seems to fit with Kylie Minogue.)
Posted by Steve Reed at 11:22 AM