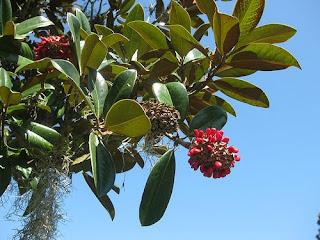 I have lots of little things going on right now, so rather than try to write a single, cohesive blog post, I’ll update you with some bulleted items:

-- My friend Christopher is visiting from L.A. He called me the day after I got back from Florida and said he was coming to New York the next day, and by the way, could he stay with me? I don’t mind, because Christopher is a good friend and a good guest, but I do miss the opportunity to just relax in my house by myself. Well, that’s what next week will be for!

-- Dave is in band hell this month, rehearsing nearly every night and attending football games on Friday nights and band competition on Saturdays. I’ll only get to see him one or two nights a week from now into November. I miss him constantly!

-- My toilet stopped flushing yesterday morning, sending me into a mild panic. (After all, when you’ve got a guest, that’s a pretty severe problem!) I had to call the building super, who fortunately came over last night and fixed it. The chain from the handle to the rubber flap thing in the toilet tank broke -- that much I knew, and I temporarily rigged it myself. But then a piece of plastic also came off the rubber flap thing, and because it was the same color as the toilet tank, I couldn’t see that it was blocking the water from flowing into the bowl. Panic!!

-- Remember my gold filling? Well, it’s giving me fits. My tooth has been very sensitive to temperature, even making drinking a glass of water unpleasant. I’m hoping this is a temporary state induced by eating frozen yogurt the other night. Stay tuned!

-- Bought a new pair of shoes last night. My previous pair were worn through and the sole was starting to come off. I went to Lord John’s Bootery, around the corner on Third Avenue, and got the same shoes I had before (in a slightly updated style). I had to order them, though, because of course the ones I wanted weren’t in stock.

And there you have it -- life’s minutiae, recorded for posterity!