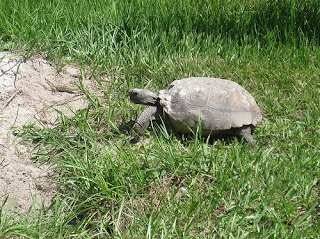 My mom and I have been watching Ken Burns’ newest documentary series, about the National Parks, on PBS this week. When I saw the first episode I was underwhelmed -- but as the week wore on I got more interested. It’s been fascinating to learn the origins of some of our National Parks.

Crater Lake National Park, for example, apparently began largely because of the vision of one man, William Gladstone Steel, who was obsessed with preserving the magnificent lake he’d visited in the Oregon wilderness. Other parks began the same way, with a single individual surfacing as their primary champion, enlisting lawmakers and environmental activists in their cause. Some of these individuals are quite famous, like John Muir, while others are less prominent.

It’s also been interesting to see how the same forces that frustrate me so much in modern politics -- the folks who are against conservation, who believe our human mandate is to use the land and its resources as we see fit -- have been present throughout our history. When Teddy Roosevelt made the Grand Canyon a National Monument in the early 1900s, Arizona politicians were outraged. Can you imagine?

I’ve been to several of the National Parks. In 1983, my dad flew my brother and me to California to visit his family, and we drove back across the country. On that trip we stopped at the Grand Canyon, Zion and the Smoky Mountains. In 1990, I visited Glacier National Park with my mom and brother. And I’ve been to the Everglades a couple of times, though surprisingly I’ve never visited the southern part of the park -- I’ve only biked on the northern loop road off U.S. 41, which is not as scenic or diverse in terms of wilderness.

I love to travel internationally. I’ve visited many countries in Africa and Europe, and I’ve been to New Zealand. But as I get older I’m thinking more and more about traveling closer to home -- there are huge swaths of this country I’ve never seen. (Plus, Dave and I could take the dogs!)

I wouldn’t say this has been a riveting documentary. I don’t think it’s as good as the Civil War series that Burns produced long ago (and boy, I bet he gets sick of hearing that). But it’s been interesting, and it does have me thinking more about discovering the rest of America.

(Photo: A gopher tortoise -- not in a National Park, but in the yard of a neighbor in Florida.)
Posted by Steve Reed at 1:15 PM