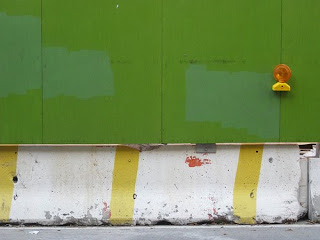 My new, specially ordered shoes finally came in Tuesday – and they were the wrong size! For some unfathomable reason, the clerk at the store ordered them in size 10, and I’m a 10 ½ extra wide.

When she brought the box out of the storeroom, I knew I was in trouble. I pointed out the mistake, and she said, “Well, that's what you told me.” I most certainly did not, because I have never been a size 10, but I resisted the urge to argue and tried them on, just for the heck of it.

At first, they seemed like they might work – snug, but not painful. So I took them home for the evening and wore them around the house. When my left foot went numb, I knew I had to exchange them -- but no one can say I didn't try.

I took them back to the store yesterday morning, expecting to have to argue a little. I began making my case gently -- you catch more flies with honey, right? Lo and behold, the clerk was gracious; I guess she knew the shoes wouldn’t work either. I had her measure my foot, just to be sure we were getting the right size, and it turns out that while my right foot is a 10 ½, my left foot is an 11! (No wonder it went numb!)

So, sometime next week, I’ll be picking up my new pair of size 11, double E shoes.

Meanwhile, I’m still wearing Dave’s, which I’ve grown to like, even though they’re a size 12. (In fact, he's given them to me, because he's awesome.) I told the clerk I was walking in borrowed size 12 shoes, and she said the difference between sizes is only 1/8 of an inch, so it's not surprising that I could wear a larger pair. Who knew?!
Posted by Steve Reed at 10:50 AM