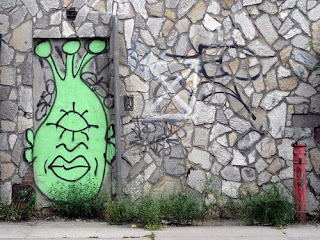 There's a lot of buzz this morning about Obama winning the Nobel Peace Prize. Some folks are saying it's premature, that he hasn't done anything much as president. I suspect many of those people are Obama detractors who don't want to see the international community contribute any energy to his agenda.

Obama is early into his first term, it's true. But the award should be seen as an endorsement of his vision, and his ability to motivate people with that vision. It's also a recognition of his desire to engage the world and put an end to the go-it-alone approach of the previous administration. It's a rebuke of neoconservatism, basically.

This has been "bad cinema week" at my house. On Wednesday I watched a Doris Day movie from 1966 called "The Glass Bottom Boat," in which she actually sings a few bars of "Que Sera Sera." The sixties look was pretty awesome, but the plot was rather thin. Then, last night, I watched "Meteor," a tepid 1979 thriller that was one of Natalie Wood's last films. Watching Brian Keith play a Russian diplomat -- speaking Russian throughout -- had high camp value, as did watching Karl Malden and Sean Connery wade through spouting cascades of muddy sludge. That could not have been a fun movie to film.