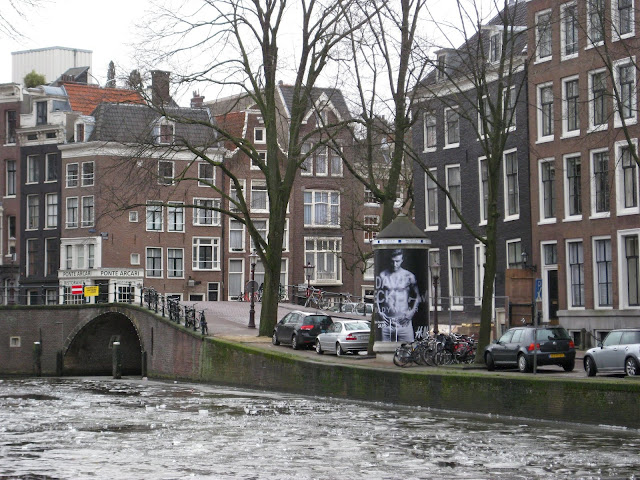 We made it back to London yesterday and now I can upload my photos, so here's a selection to give you a little sense of our trip.

When we first arrived in Amsterdam, it was cold. The canals were iced over and walking around was a brisk business. Of course, that didn't stop us. David Beckham was touting his underwear line from many of the advertising kiosks. 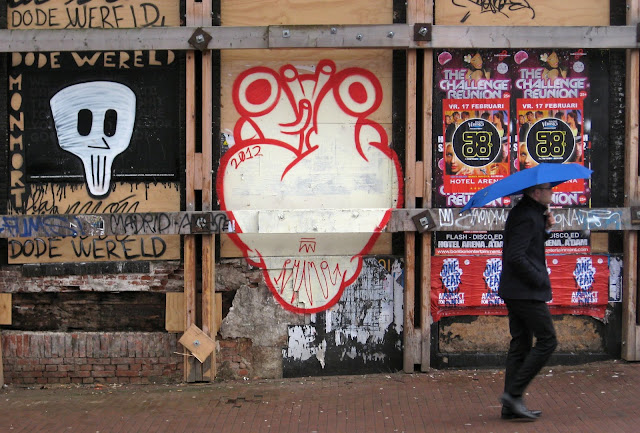 On our first full day, which coincidentally was Valentine's Day, we found this terrific wall of street art around the corner from our hotel. You gotta love that big, anatomically-correct heart! Whoever paints them gets up all over the city -- we saw several hearts during our stay. I never ceased to be intrigued by all the street art. 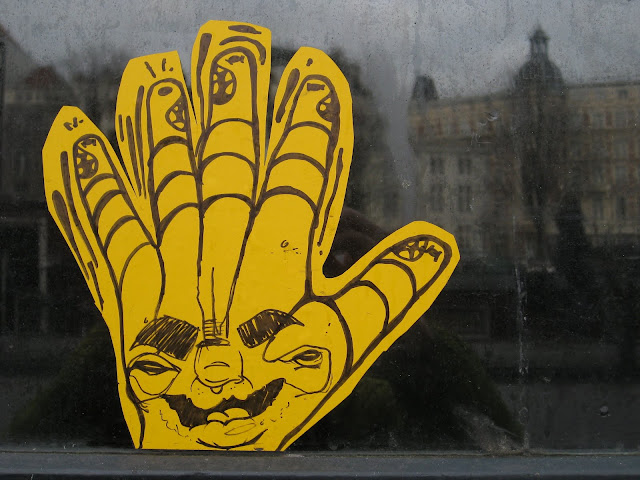 Some of it was a little bizarre... 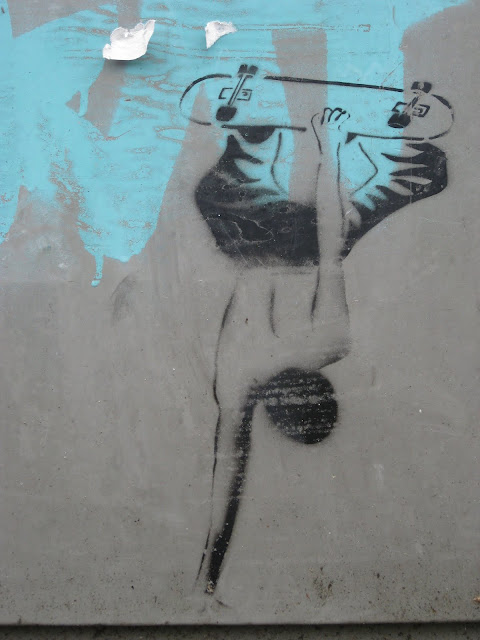 But no matter what it was a lot of fun. 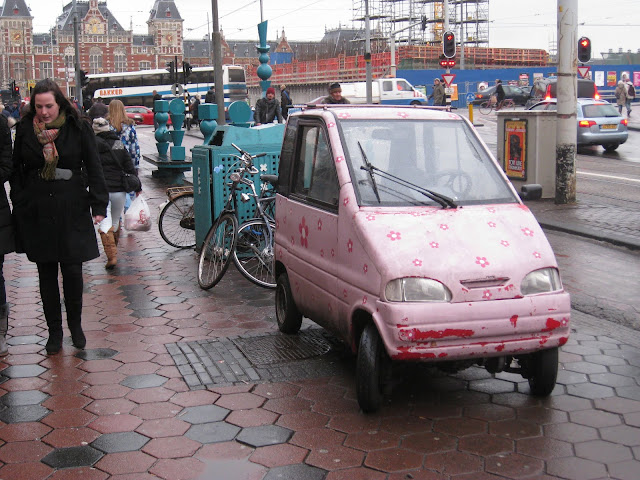 We saw some of the smallest cars I have ever laid eyes on. Dave stood next to one little truck and, at 6'4", he towered over it. I liked this one with its cheery paint job. 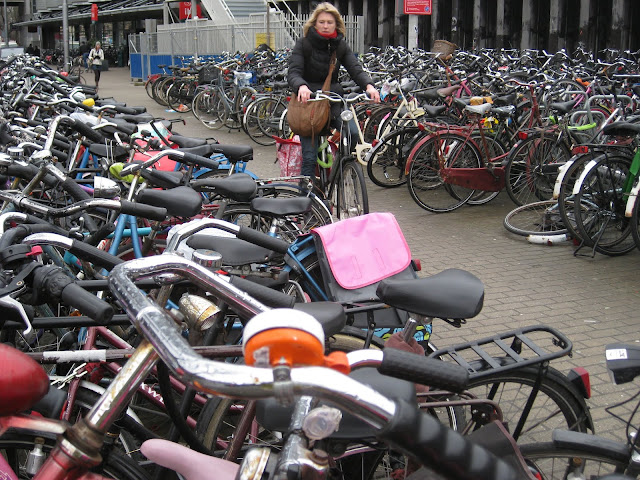 It seemed like most people got around with bicycles, though. I have never seen so many bicycles in my life. In fact, you had to stay on your toes and make sure you weren't walking in the bike lanes -- which to the untrained pedestrian are not always clearly marked. The bicyclists zip around at a pretty good clip.

Near Amsterdam's central rail station, there's a multi-story parking structure just for bicycles, more than 10,000 of which are parked near the station each day. Thousands more of them end up in the canals, only to be fished out by special teams of workers whose job it is to preserve the navigability of the waterways. (This according to our canal tour guide.) 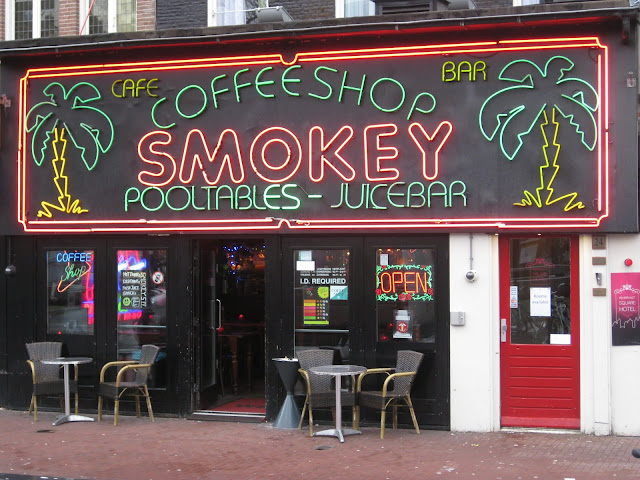 The coffee shops are everywhere, some more subtle than others. This one pretty much comes right out and says it. Apparently the palm tree is code for marijuana, because of the vague resemblance of a pot leaf to a palm tree. Several of the shops had palms on their signs, giving the town -- despite the icy conditions -- a weird undercurrent of tropical fantasy. 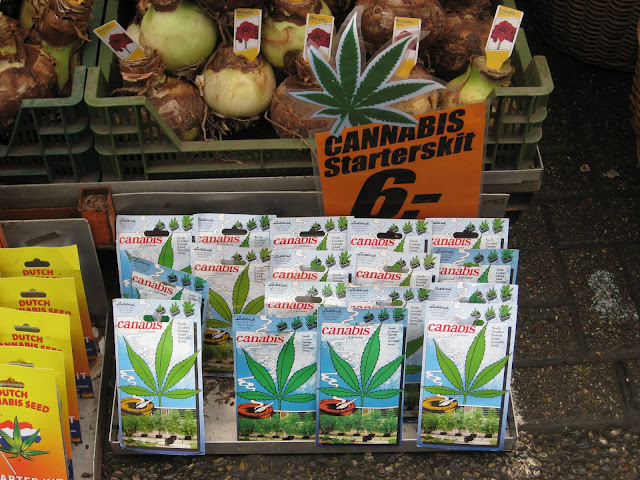 For those who would rather indulge in private, grow kits were available at the city flower market. Given all this easy pot availability, I wondered whether the passengers on our flight would be subjected to any tighter customs scrutiny when we re-entered the UK. Nope -- we were treated like everybody else. 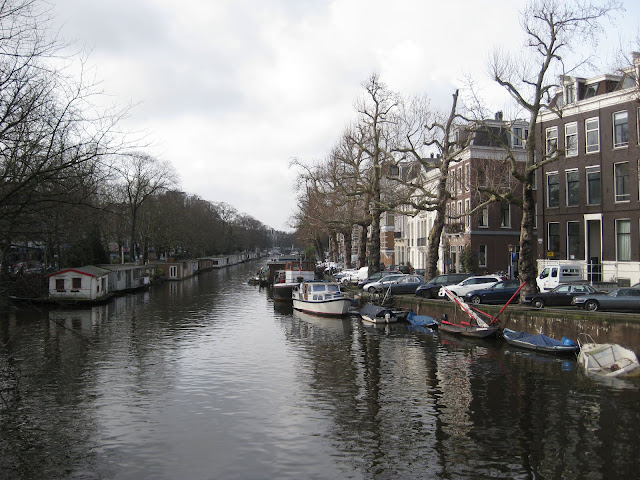 By the end of our trip, the weather had warmed enough that the ice on the canals had largely cleared. There were still ice floes here and there, but the icy area in front of our hotel, which I showed you on our first day, was entirely open water by the time we left -- as was this area near the Albert Cuyp Market.
Posted by Steve Reed at 7:09 AM