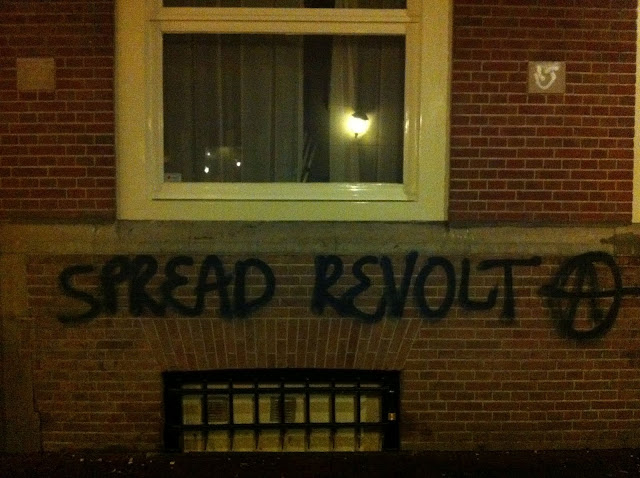 Sorry for the muddy photo. It's the only one I have to use at the moment, because I forgot to bring the cable to download my photos onto Dave's computer. Argh! So this is a picture I shot with his iPhone when we went to dinner Tuesday night.

Amsterdam has been terrific so far! We went to the Rijksmuseum yesterday, to gaze at the glowing Rembrandts and Vermeers. The museum is under a massive renovation but they still have the core of the collection on display -- except one of the Vermeers, "Woman Reading a Letter," which is out on temporary loan elsewhere. Oh well.

A fascinating exhibit at the Rijksmuseum displayed relics from the ill-fated expedition of Willem Barentsz to find a northern shipping passage to China in the late 1500s. He and his crew became trapped in Arctic ice near Novaya Zemlya, off the northern coast of Russia, and spent nine months there before they were able to escape. Barentsz himself died on the way back to Holland. They left behind tools, personal items and paperwork related to the expedition, including art engravings that were meant to be sold in China. The engravings were frozen into solid lumps over hundreds of years before being recovered in the late 1800s and painstakingly separated by conservators. Now they're on display in the museum. Amazing!

We've also been to the Anne Frank House, which was a remarkable and sad reminder of how quickly our allegedly civilized society can go wrong. It was sobering to walk through the rooms where she and her family lived in hiding, the rooms I read about so much as a kid when I read excerpts of her diary. I realized I've never read the entire diary, though, so I bought a copy in the bookstore.

We've had some great food along the way -- herring and mussels on Tuesday night at Lucius, and oysters, endive salads, veal, cheese and apple tarts last night at Restaurant De Kas. Not to mention wine. Whew!

So far we've steered clear of the "coffee shops," except to go into one and actually have coffee, which I'm sure is the squarest thing you could possibly do in a coffee shop.
Posted by Steve Reed at 7:14 AM