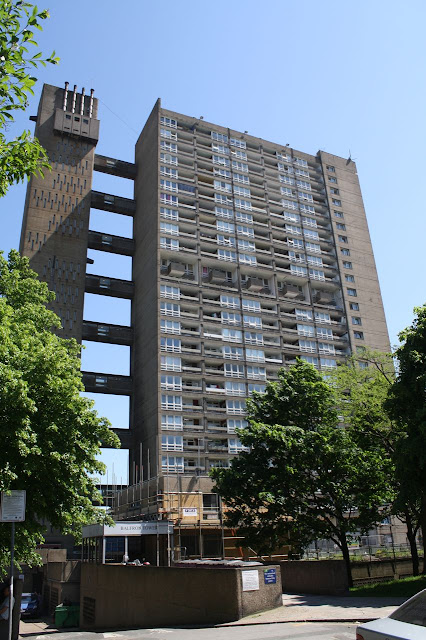 No, this is not Trellick Tower, the sooty, Eastern European-looking housing block visible from our bedroom window. This is its sister building in East London, known as Balfron Tower. Same architect, similar design, similar date of construction. And similar overall visual impact, although Balfron looks a bit neater and airier to me -- maybe because the detached elevator shafts are not as tall and the balconies seem more orderly. 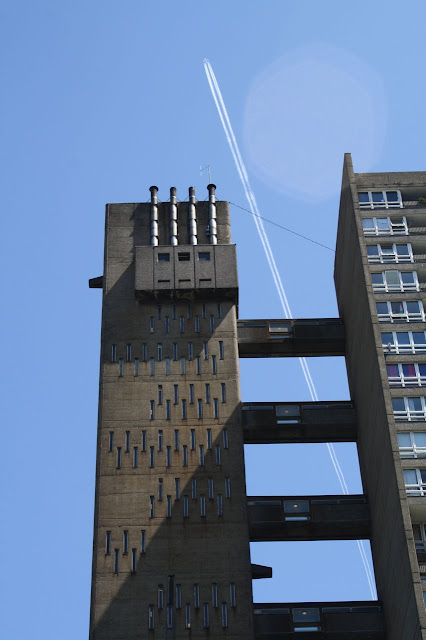 You may remember that back in August, when we first moved to Notting Hill, I somewhat unfairly branded Trellick Tower "the ugliest building in London." I have to admit that since then, it's grown on me.  I see it all the time, from everywhere in the neighborhood -- it's like a big, concrete, Communist guardian angel. That's partly why I decided to hike out to East London yesterday to see Balfron -- I'm apparently becoming an unwitting cheerleader for these buildings. (I am a fan of mid-century architecture including certain forms of Brutalism, so it's not entirely a surprise.) 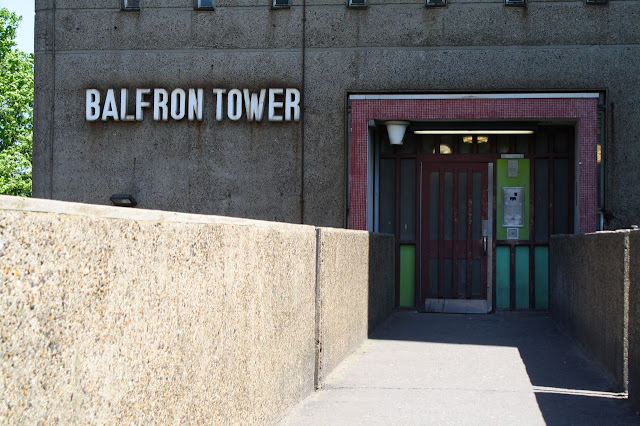 Balfron, like Trellick, was designed by Hungarian architect Erno Goldfinger. It's a few years older than Trellick -- it was finished in 1967, while Trellick wasn't done until 1972 -- and at 27 stories, Balfron is also four floors shorter. And like Trellick, it's a listed building, which means it's protected.

It looks like there's some renovation going on -- a small building near the bottom of the tower and an adjacent residential structure known as Carradale House, also by Goldfinger, are covered with scaffolding. 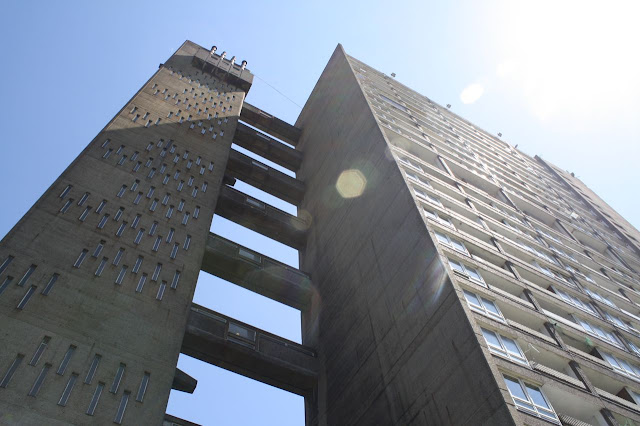 It was quite a walk to get out to Balfron -- I took the tube to Aldgate and then walked almost three miles through Whitechapel and Limehouse to get to the neighborhood, known as Poplar. And then I walked a couple more miles north to Bow Road to catch the tube back home. 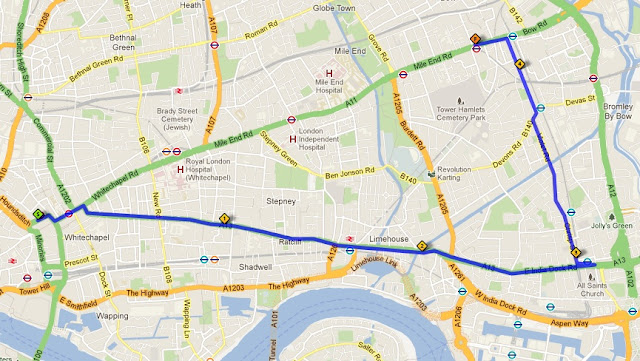 But yesterday's weather was beautiful and sunny, as you can see, and I had a great day of photography!
Posted by Steve Reed at 6:50 AM

what a wild building! the second photo is fantastic with the contrails!

Your photos are very cool, although I'd venture to say that the only company I could envision being housed there might be a health insurance one --