The Moonrakers, and Other Vacancies 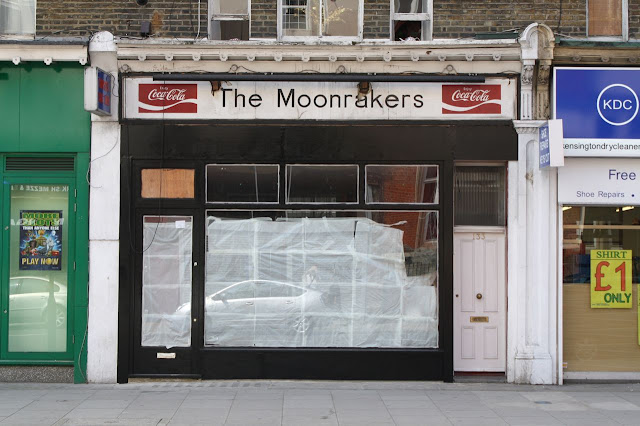 I've been fascinated lately by vacant storefronts. There's something so forlorn about them, and they pose so many questions. This one caught my eye yesterday as I walked to the post office on Ladbroke Grove -- it had been home to a Chinese restaurant, and then the restaurant closed and the sign came down, and beneath it was this mysterious older sign.

I knew "Moonraker" only as the title of a James Bond novel, and somewhat mediocre corresponding film (partly redeemed by its fabulous Shirley Bassey theme song). But it turns out Moonraker is a colloquial name for a person from Wiltshire, with origins based in this story. No idea what this store might have sold, aside from Coca Cola.

Here are more vacancies, from my walk around Islington and Camden on Sunday: 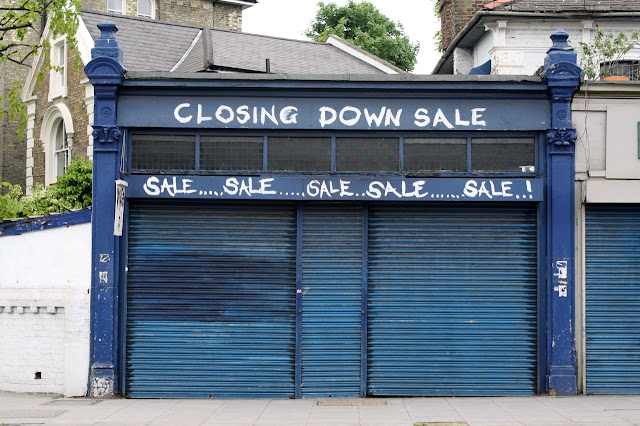 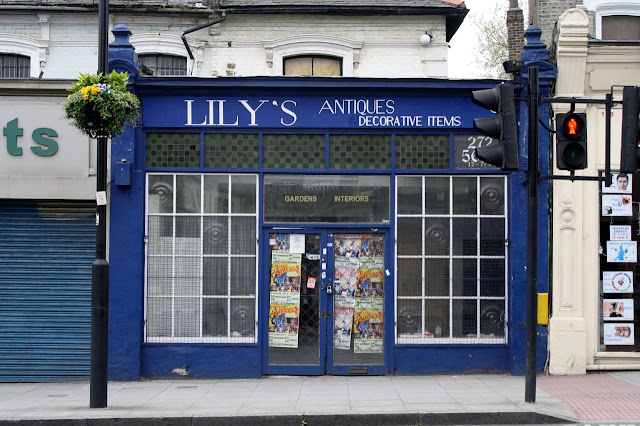 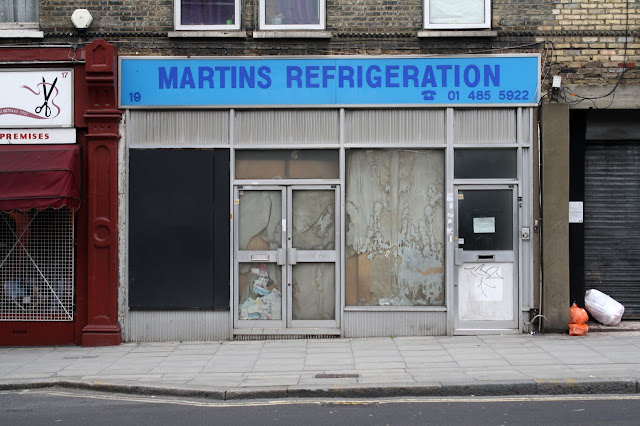 And these are from my walk to Wembley last week: 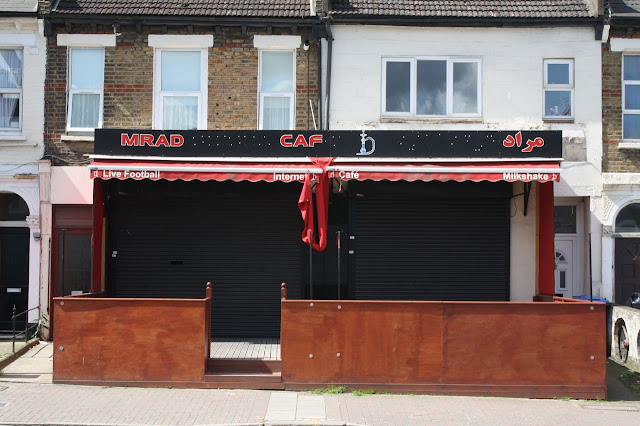 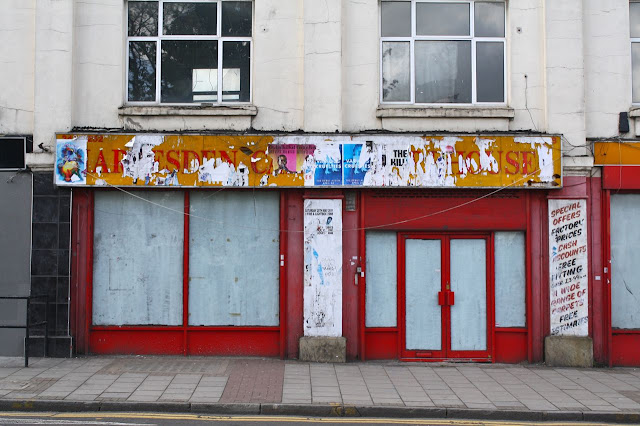 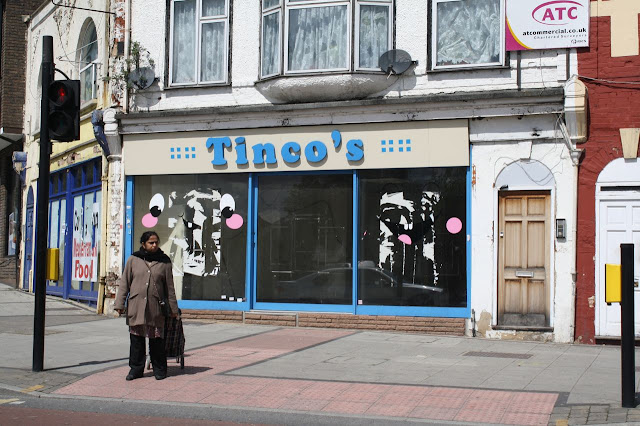 There are still plenty of going business concerns on London's "High Streets," as the shopping districts are called. But there's also an awareness that many local businesses need support, particularly in this economy. I've seen campaigns aimed at getting shoppers away from malls and back to the High Streets -- much like the "buy local" movements in the United States. Obviously I don't know the story behind any of these particular businesses, but I'm sure the economy didn't help any of them.
Posted by Steve Reed at 5:41 AM

The last one is my favorite. I stopped scrolling and really gazed at it for a while, appreciating the person to the left and the weird, decrepit door on the right.

I love your eye!

These are haunting and beautiful. Wow, thanks, sTeve.

I had no idea that was what a "Moonraker" was. Like you, to me it was a James Bond movie. Fascinating.

I saw similar "ornamentation" (if that is indeed the correct terminology) between the two sites painted blue. The tops are the same! How close were these two shops? (Closing Down Sale and Lily's)?

It really makes you wonder what happened and why they closed.

Good eye, Lynne! Those shops were two doors away from each other. There was another vacant store in between them, intriguingly named "Lee's Pots," but I couldn't photograph it because I would have had to stand in the middle of traffic!

Elizabeth -- I also like the silly faces in the window of the last one. They're a bit hard to see, but they have these big goofy grins. I think Tico's must have been an ice cream parlor or candy shop or some such.

'Moonraker' looks to me to have been a cafe of the 'greasy spoon' variety. I can't remember it but it is 20 years since I lived there. It may have closed owing to the 'type' of people attending and what they got up to!