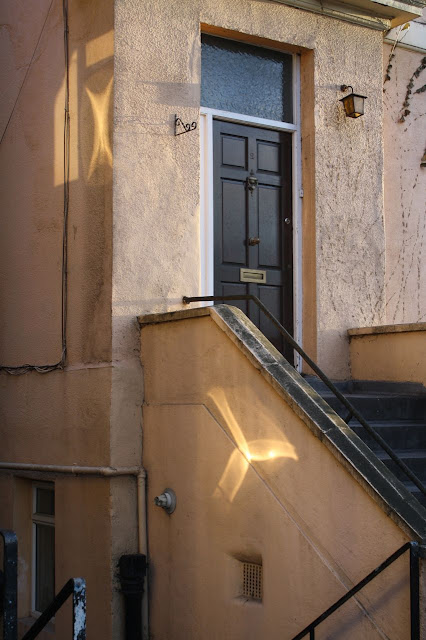 A few days ago, thanks to the hive mind of Facebook, I came across this article, about people who invested 20 to 30 years ago in lifetime, first-class passes on American Airlines that would allow them to fly with a companion anywhere in the world, anytime they wanted. And boy, did they fly. One man thought nothing of making a spur-of-the-moment jaunt from his home in Chicago to San Francisco to pick up a friend, and then traveling with her to Paris to see a museum exhibit. In July 2004 alone, he flew 18 times, "visiting Nova Scotia, New York, Miami, London, Los Angeles, Maine, Denver and Fort Lauderdale, Fla., some of them several times over." Another man flew from Chicago to London 16 times in 25 days. Their carbon footprints must be huge.

Not only that -- the passes entitled them to elite booking agents who could help them make reservations,  sometimes so many that couldn't possibly take all the flights. They had access to American's VIP lounges and other special services. They reserved companion seats just to have more elbow room. They ferried other passengers, sometimes people they'd just met. And occasionally they accepted reimbursement from those people, effectively selling the seats.

Eventually, the airline got wise to all this, investigated and revoked their passes. What will happen next is up to courts to decide.

The article got me thinking about the difference between what might be legally right versus what's morally right. I am no fan of corporations or the airlines, by any means. But as the article described the behavior of these men -- and interestingly, they are all men -- it seemed to me they were abusing the system.

They might argue that nothing in the rulebook prohibits what they were doing. I haven't read the rulebook, so I don't know. But at some point, you'd think a little switch would have gone off in their brain -- a sort of fuse -- that would have made them think, "Gee, maybe I'm stretching the limits of this program."

A side effect of our overly litigious society is that everything must be spelled out, written out, defined and verbalized. Otherwise, people feel free to take a mile when they're given (or when they purchase) an inch. I think that tendency, in turn, stems from our business-oriented culture, in which people are taught to do whatever isn't explicitly prohibited in order to make a buck.

But we can't stop relying on our own internal compasses. I don't dispute that our perceptions differ, and what one person recognizes as excessive another may not. But in extreme situations nearly everyone knows when they're doing wrong. I can't believe these guys never doubted their behavior. And if they didn't, why not?

(Photo: Evening reflections on a front stoop near Porchester Road.)
Posted by Steve Reed at 6:06 AM

You're so right about people stretching the limits. It's just human nature I guess, which is why we need regulating (and why I'm a Democrat - ha!).

I just heard about this the other day. I did not know they were all men though.

I can't say I am surprised that the program was abused. Where ever there is a loop hole someone will take advantage.

Unfortunately there are people who are always going to take advantage of the system, no matter what. It's sad. I have too much of a conscience for that.

But ... to (sort of) paraphrase the old saying: give them a pass and they'll fly miles and miles! Sorry, I couldn't resist. ;)

It may be legal but it's too bad really that they took advantage of the program. Now they have nothing. I agree with Ms. M. It does seem like a sweet program!