Jubilee, And Other Frivolities 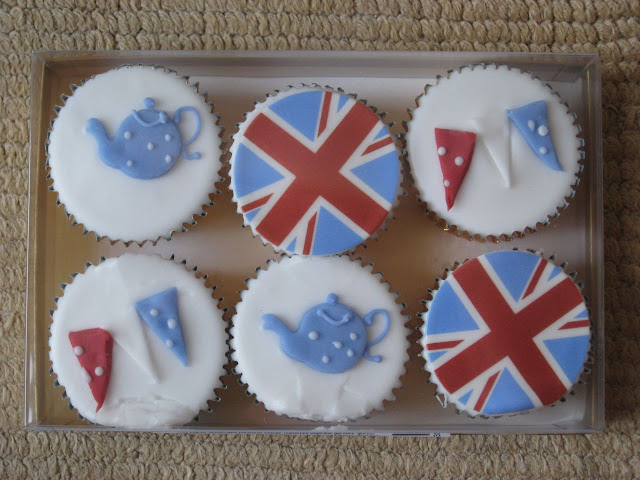 I'm sure you've heard about Queen Elizabeth II's upcoming Diamond Jubilee festivities. Plans call for a boat procession on the Thames on June 3, featuring the queen herself, as well as lots of other events around that time. Apparently thousands are expected to line the riverbank to see her, and Dave and I will be among them. Union Jack bunting has been strung all over town and celebratory products are on sale, like these fun cupcakes we picked up Sunday at Waitrose -- the upmarket grocery store where we only go when we're feeling special. 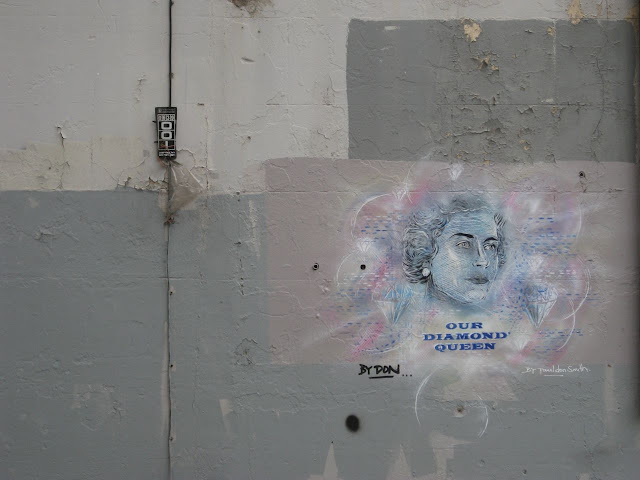 Street artist Don has even put up jubilee-themed graffiti! I wonder if the Queen would approve? (He may have permission from the building owners; I don't know.)

In other miscellaneous news:

-- I gave up on our canned seedlings, but before throwing them out I emptied the cans just to see whether they'd germinated or not. And you know, not ONE of those seeds even sprouted. So let this be a lesson to all blog readers that canned seedlings are not what they're cracked up to be.

-- I failed to mention Mother's Day on the blog, but Dave and I were good sons and Skyped with our moms, and I wrote to my stepmother too. Just so you know.

-- I am sick and bloody tired of rain and chilly weather. It's supposed to be in the 50s every day this week, with lots of clouds. And this after the rainiest April in more than 100 years. Bring on the summer!

-- We went to another antiques show with our neighbors, Chris and Linda, at Alexandra Palace on Sunday. My only purchase were these groovy and absolutely essential '60s egg cups (we think?) made by Wyncraft. 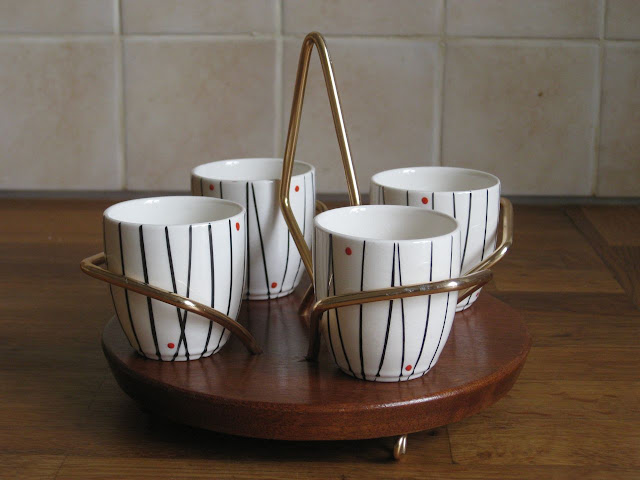 When we first saw them we thought they were sake cups. But then we realized that we were probably expecting far too much, multiculturally speaking, from a British ceramics company in the '60s. Egg cups make a lot more sense. (I have since ordered a matching sugar bowl and jam pot online!)
Posted by Steve Reed at 5:25 AM

Oh! Those cupcakes are too pretty to eat! Beautiful!

And I love the retro egg cups. Will you use them for soft boiled eggs or just admire them?

Our weather here in NJ is kind of like yours. We'll have a couple of really nice days and the rest are gray and rainy. It can't seem to get into gear this year for warmer weather.

I like the pattern on the egg cups - you should take a picture of the sugar bowl & jam pot once you get them :)

weird...i always thought a diamond jubilee meant 75 years and knew lizzy hasn't been queen for that long - come to find out that thanks to queen victoria in the case of monarchs the rules change and a diamond jubilee is 60 years.