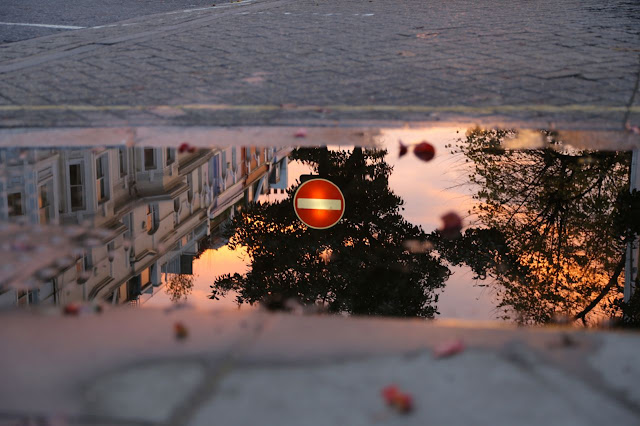 So I never told you about this whole Getty Images thing.

Getty, a major photo agency, has a deal with Flickr whereby it can approach Flickr users to make photos available for public licensing, which means they could be sold for use in editorial products or advertising. Getty approached me last week to ask about licensing this photo.

I think it's funny that out of all my pictures, that's the one they want. It's just a snapshot I took on Long Island a couple of years ago. I was riding along in a friend's car near Sag Harbor and I had him pull over so I could get a shot of that bizarre house. It's hardly my most photographically interesting picture.

I know why Getty wants it, though. It appeared in this book, and for that reason I suppose Getty thinks it has some commercial potential.

So a few days ago, I filled out all the forms to sign up as a Getty contributor. Unfortunately, though, Getty wants a signed property release before they'll license the photo -- basically permission from the owners of the house. Not only do I not know them, I don't even remember where that house was! I could find it again using Google Maps, I'm sure, but even then -- are complete strangers going to want to sign a document giving me permission to make money from an image of their home? I doubt it. I wouldn't!

Apparently using it in the book wasn't a problem, because that's an editorial use. But making it commercially available for, say, an advertisement requires a release.

So I think I'm just going to let the Getty thing drop for now. Maybe they'll want something else somewhere along the line, in which case I am signed up as a contributor.