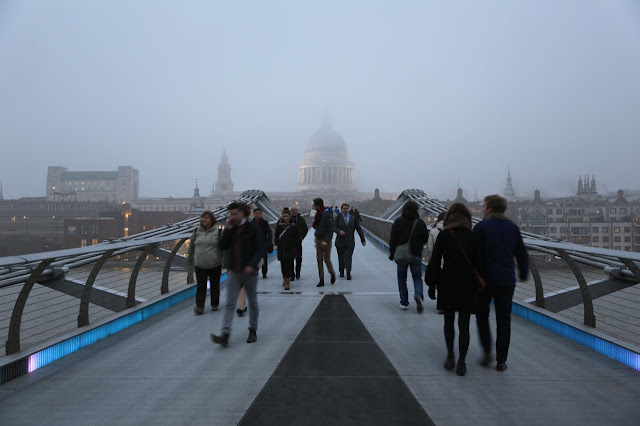 I just spent half an hour signing up to license my photos through Getty Images on Flickr -- at Getty's invitation -- and for some reason I can't complete the process. Their system won't accept my forms. Some technical snafu somewhere, I suppose, but not an auspicious way to start the day at 6:30 a.m.

David and I went to Borough Market yesterday to meet with his friend Trish, a Scottish lass who moved back here from the states several years ago. We were supposed to meet "at the entrance to Borough Market across from the tube station," but as anyone who's been to Borough Market knows, there are about 12 entrances, all plausibly across from the tube station. Somehow we connected after some confusion. We grabbed lunch -- a halloumi veggie burger for me -- and then walked along the river to the Tate Modern. We stopped in for coffee and a quick wander through the permanent collection, just long enough to check in with Brancusi's sleek fish. 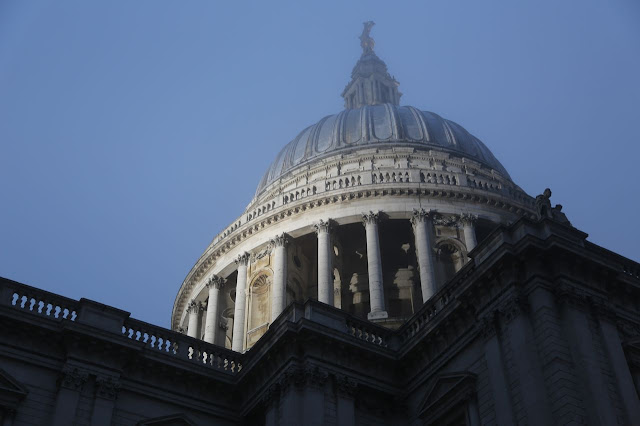 We then walked through the misty, chilly afternoon across the Millennium Bridge to St. Paul's, in order to catch the tube and join Dave at school in St. John's Wood. We grabbed dinner at a pub and then went to see a student production of "Up the Down Staircase," a somewhat retro play about the difficulties and pleasures of teaching in a New York City school in the 1960s. (I read the book years and years ago -- something I picked up at a thrift sale somewhere.) Kind of a funny play to produce with a student group, involving as it does a bunch of rebellious students, but of course order and perseverance triumph in the end.

Now I'm going to go try that Getty form on another computer and see if I can make it work this time. Ah, technology...
Posted by Steve Reed at 6:50 AM