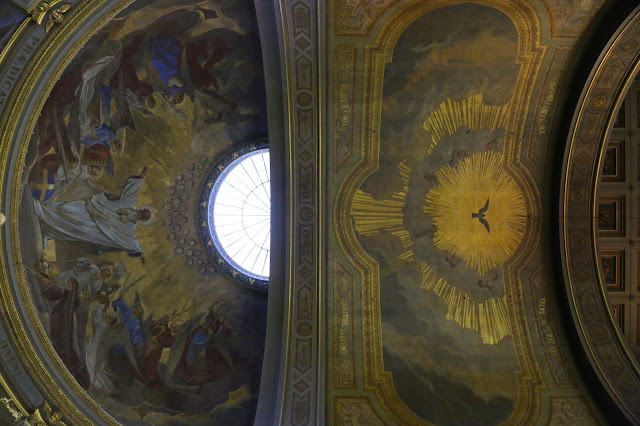 When Dave and I prepared for this trip, we expected to stay pretty much in Leuven, a University town in eastern Belgium. The school is bringing its music students here next spring, so our trip is partly to scout out performance locations, hotels and restaurants for the students. Another music teacher and the music tour organizer are both here as well.

It turns out that while Leuven is our base of operations, the school also plans to perform in several smaller nearby towns. So yesterday we took to the highways to visit two of those locations: Wavre and Verviers, both in French-speaking Wallonia. 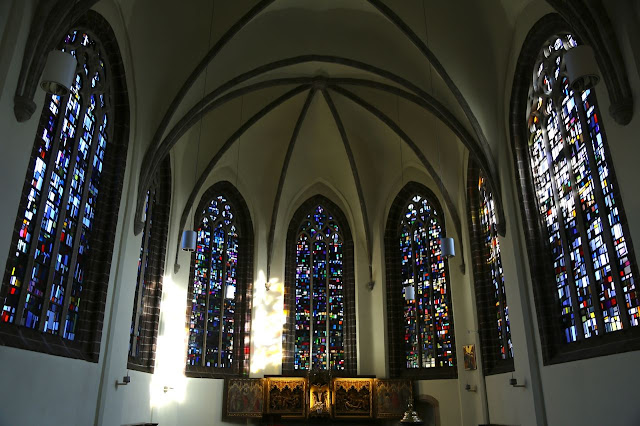 In Wavre, we visited a large church likely to be one of the performance spaces (middle photo above). And in Verviers we visited another church -- that's the ceiling over the altar in the top photo.

Some of these Belgian towns have cultural agencies that seek to find performers for events in their vast, ornate churches, which are often used these days as cultural and historical venues. I suppose they're still used for worship, too -- in Wavre I saw one gray-haired lady praying in a pew, and in Verviers I saw a poster featuring children baptized this year. But by all accounts, the churches aren't as full as they once were. 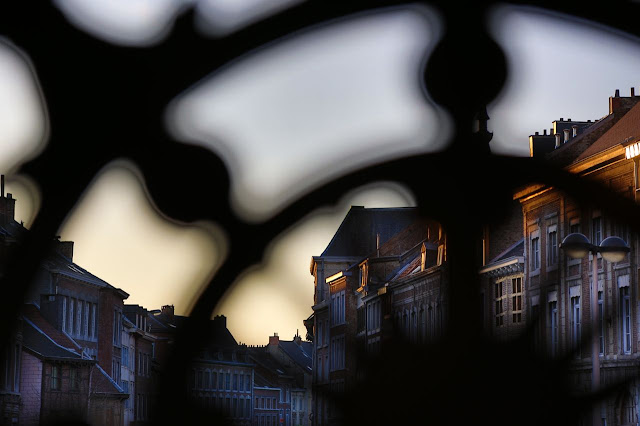 In Verviers, we had to wait a while for a key to get into the church. So we popped across the street to a nameless bar, and it was awesome. Redolent of nicotine, with an orangey ceiling, a green algae-coated aquarium populated by unremarkable gray minnows burbling in the corner, and four guys sitting around a table playing cards. Between the four of them, they may have had one complete set of teeth. I loved that place.

The churches were both beautiful, and they'll work well for performance spaces. And I'm glad we were able to get out of Leuven -- nice as it is -- and see more of Belgium.

Thanksgiving wasn't on my radar at all -- but I hope everyone back in the states had a good one. As it turned out, I stayed in last night and got a soup and salad from room service. I'm still suffering from my cold and I wanted to take it easy. I watched bad Belgian soap operas on TV!
Posted by Steve Reed at 5:49 AM