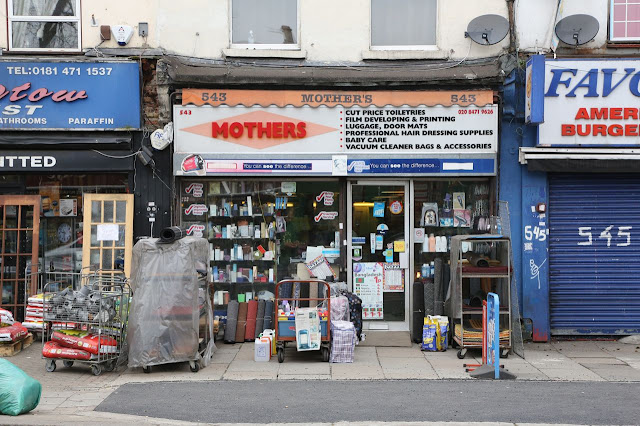 I can't remember whether or not I've mentioned this before, but I have a very peculiar lump in the first knuckle of my right index finger. It's been there for a long time, maybe even years, but lately it's been growing and bothering me a bit, producing a dull pain especially when I clench my fist. (Not that I clench my fists a lot, but never mind.) I've long suspected it's probably a touch of arthritis. A few weeks ago I went to the doctor to have it checked out.

The doctor said she doubts it's arthritis because it's not in any of my other joints. But she didn't seem concerned. She referred me to St. Mary's Hospital for an ultrasound, and said I would have to schedule an appointment once the hospital acknowledged the referral.

Then, quite by surprise, I got a letter from St. Mary's saying I could just walk right in, no appointment needed. Sweet!

Yesterday I hopped on the tube and went to Paddington, where St. Mary's is located, and was directed to the third floor of the QEQM building. (I idly wondered what that could possibly stand for. Queries Envolving Qualitative Medicine? Well, no -- turns out it stands for Queen Elizabeth the Queen Mother.)

When I got there, I was told that -- oops! -- the hospital folks mistakenly thought I needed an x-ray. Because I need an ultrasound, I do in fact require an appointment in advance. So they sent me away again, to return on March 21 at my now-scheduled appointment time.

So my knobby knuckle remains a mystery. 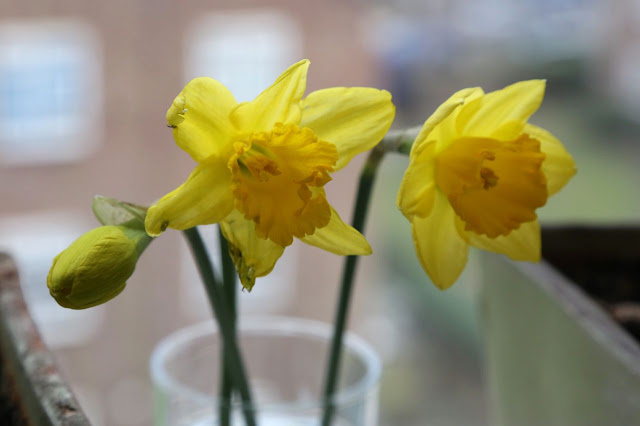 Here are the daffodils amputated from their mother bulbs on Tuesday by Olga. They opened yesterday on the warm kitchen windowsill, even though their siblings in the yard are still tight yellow buds.

(Top photo: A store in Plaistow with a little bit of everything!)
Posted by Steve Reed at 6:09 AM