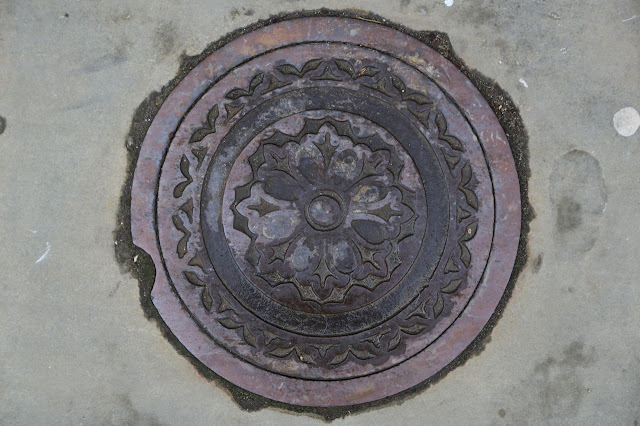 Following up on my post from two days ago, here are a few more beguiling coal holes from the sidewalks of Notting Hill... 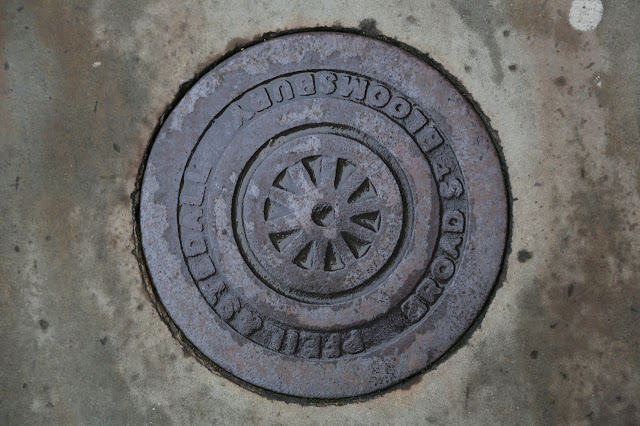 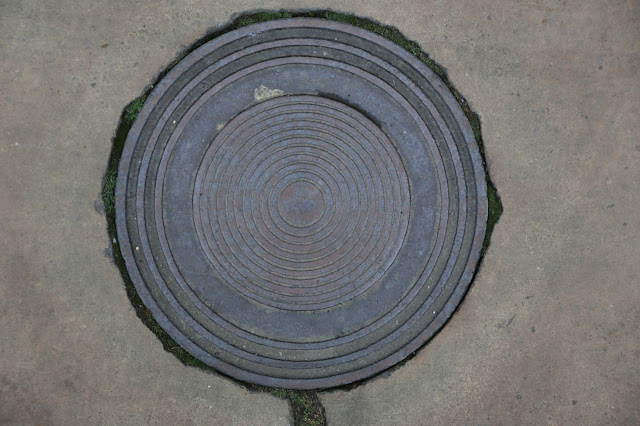 One of my British blog pals posted this comment on my previous entry about coal holes:

"In 1950s Lancashire we had gratings at pavement level above our coal cellars. A popular scam was to knock on a door, crying about losing half-a-crown down through the grid, wailing about how it was dad's beer money and so a beating would ensue if not returned. A fruitless search would reveal no coin in the basement coal hole. Gullible householders would lend the young con artist the money to stop the commotion!" 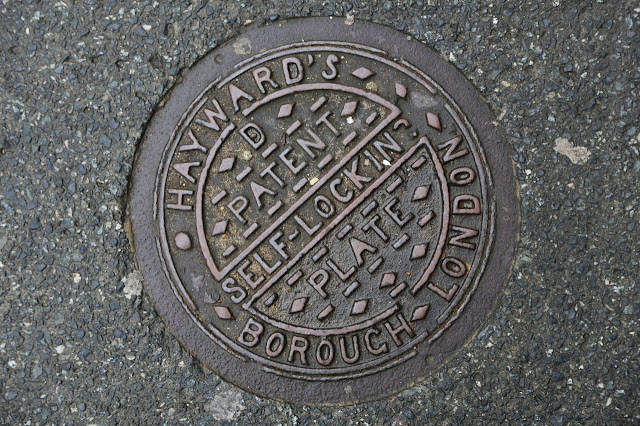 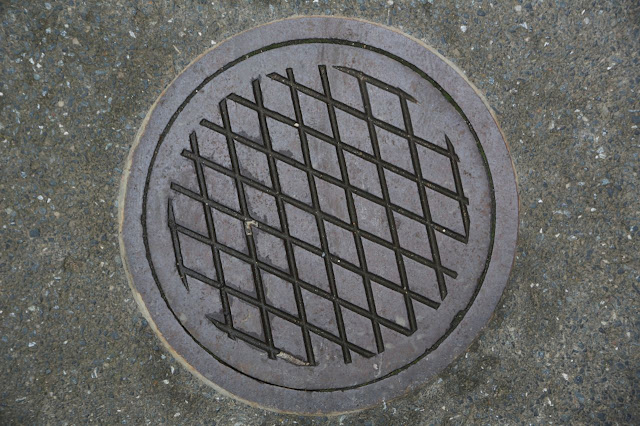 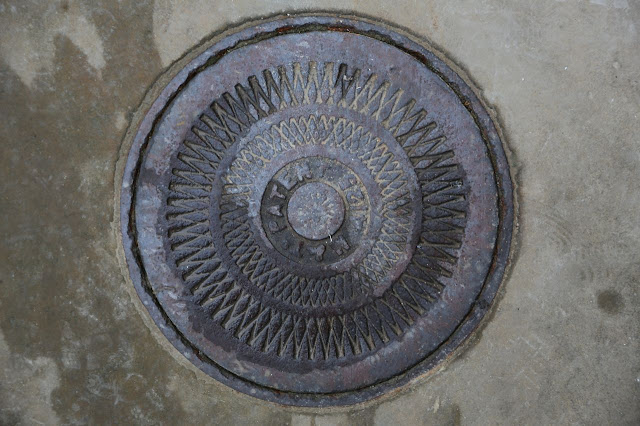 And as promised, here are four more of the public art project coal holes from 2004, in which local writers penned text for an artful coal hole cover. 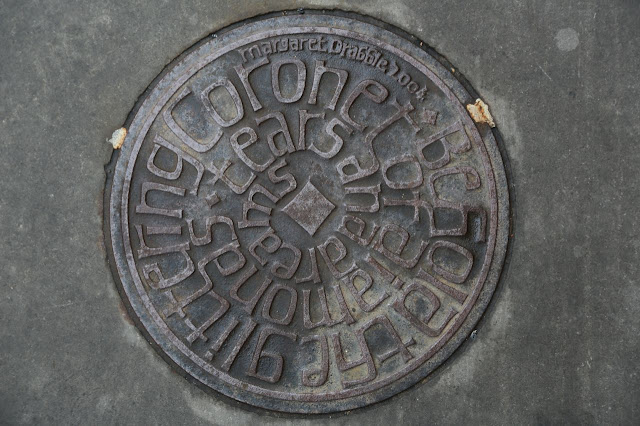 Margaret Drabble's coal hole is in front of the Notting Hill Coronet movie theater, where Dave and I often go: "Behold the glittering Coronet of diamonds, tears and dreams." 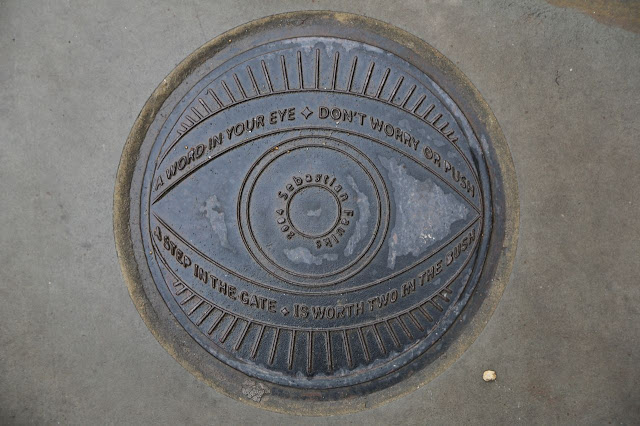 "A word in your eye, don't worry or push
A step in the Gate is worth two in the Bush" 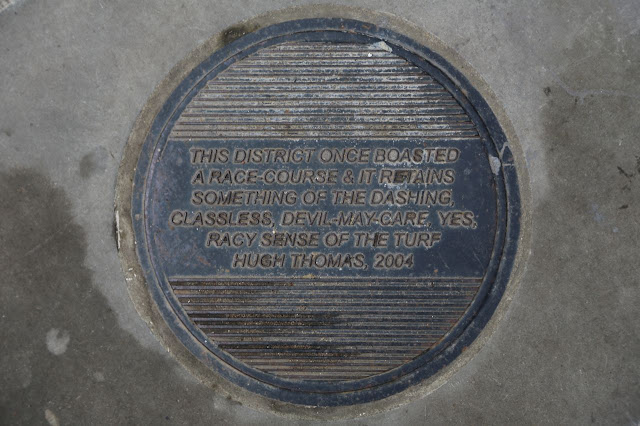 "This district once boasted
A race-course & it retains
Something of the dashing
Classless, devil-may-care, yes,
Racy sense of the turf." 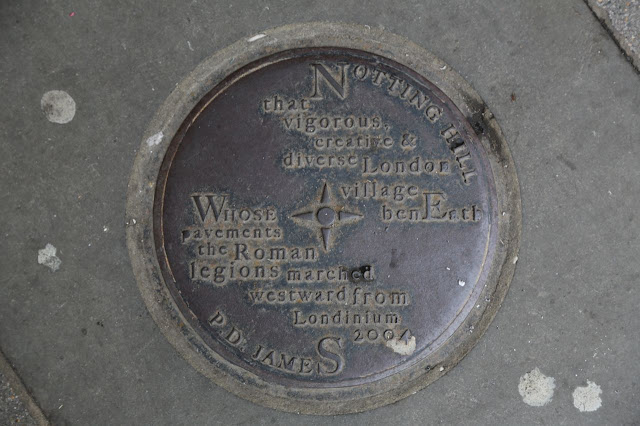 And finally, mystery writer P.D. James takes us even further back in time, with a coal hole near the Daunt Books shop:

"Notting Hill, that vigorous, creative and diverse London village beneath whose pavements the Roman legions marched westward from Londinium."

There's allegedly one more coal hole in this project, by writer Colin Thubron, but I'll be darned if I could find it. I looked all around where it's supposed to be according to this map. I may have just missed it, but I suspect it's been removed.
Posted by Steve Reed at 6:28 AM