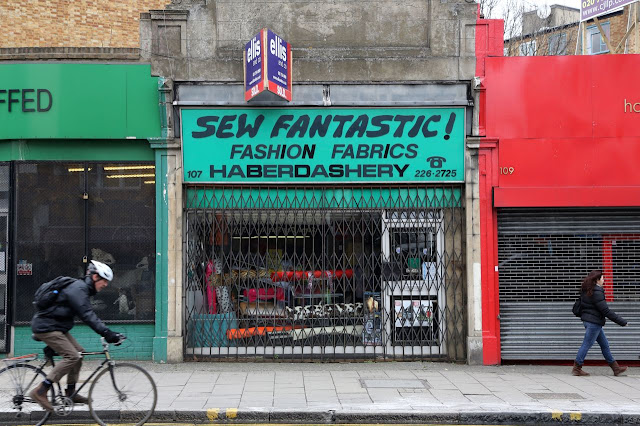 Well, the marriage-rights debate in front of the Supreme Court has been fascinating to watch. I for one am happy it's over, so I can change my Facebook profile pic back to my actual photo instead of that red equality sign.

If you want an interesting experience, read the comments on The New York Times coverage of the hearings. Because it's the Times, which -- let's be honest -- attracts a generally more knowledgeable readership than some other media outlets, the comments are literate and mostly free from the Bible-thumping silliness that pervades other comment forums. There are both pro and con arguments, by both religious and non-religious people, but they're easier to understand and, frankly, respect.

I am honestly baffled by some of the opposition. One poster said "lefty liberals hate conservatives and traditional marriage with the white-hot passion of a thousand suns," and see this as a chance to outrage conservatives "by destroying their most cherished traditions and families." How advocates of same-sex marriage are destroying anything is a mystery to me. I simply do not get it. And to allege that our actions are driven by hatred is just, well, paranoid. 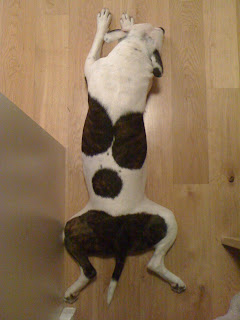 The United States is such an interesting country. The streak of conservative extremism is fascinating. I think it goes right back to the Pilgrims. I guess all countries have their far-right contingents, but in the U.S. they seem to have mainstreamed themselves quite well.

Anyway, enough of that. If you're like me, you've been buried in this public debate for days now and you'd just as soon think about something else for a while.

So let's talk about Olga. Doesn't the pattern on her back look like the face of a skull?

Last night I was lying in bed when I heard the unmistakable sounds of retching. Sure enough, Olga had been sick -- and what came up was kindling. She'd swallowed enough sticks to light a small fire. My guess is this happened over a period of days, especially when we were in the park on Tuesday (when I let her off the leash and she ran free and played with other dogs to her heart's content). Hopefully that's out of her system now!

Today she goes to Doggy Day Care, and I get a blessed day of freedom from dog-walking. And the sun is even out! Photography, here I come!