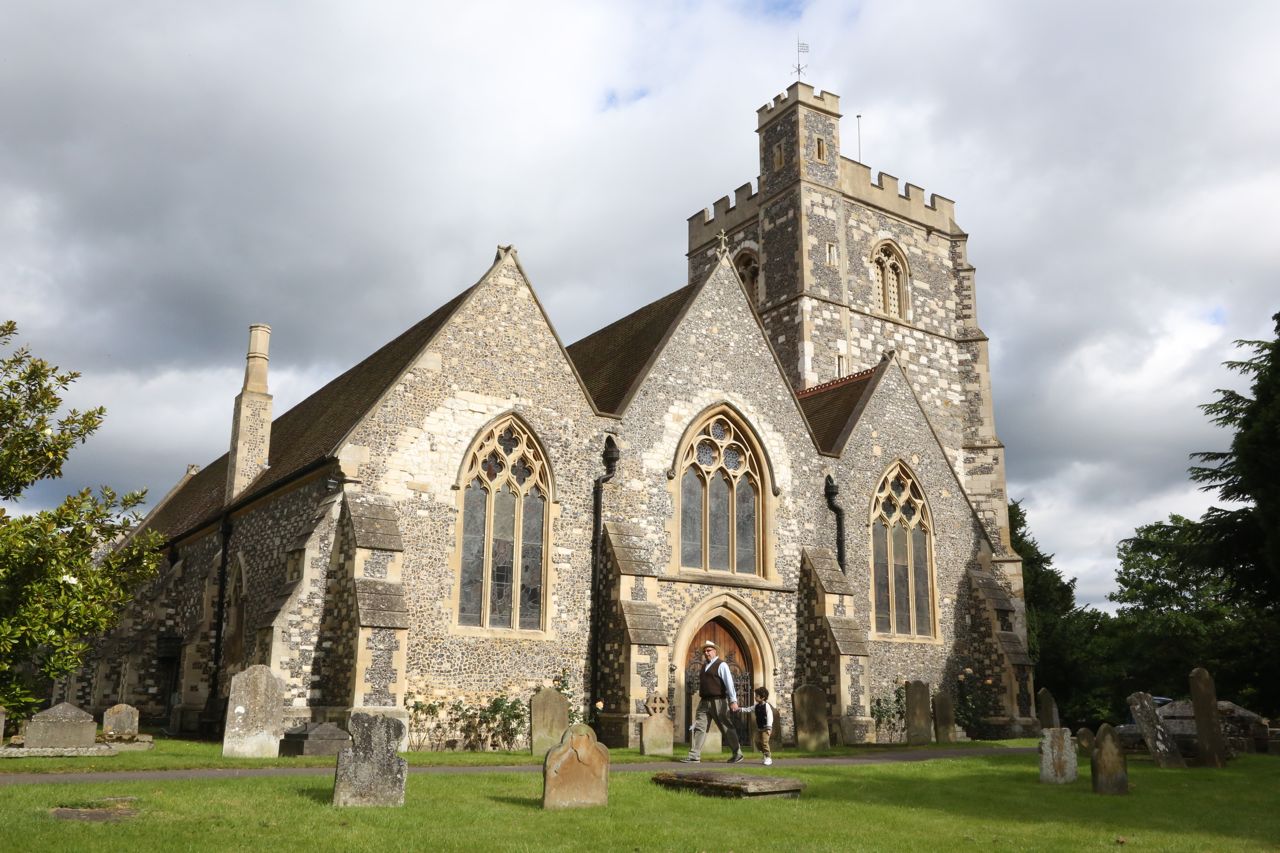 Dave and I are on an overnight jaunt to Bray, a tiny village west of London that has gained some renown in the culinary world as the home of two Michelin-starred restaurants: The Fat Duck by chef Heston Blumenthal, and The Waterside Inn by chef Alain Roux. We're here for Dave's birthday, which is coming up in about a week.

We took the train from Paddington Station yesterday afternoon, having left Olga in the capable hands of a coworker who stayed over with her at our flat. 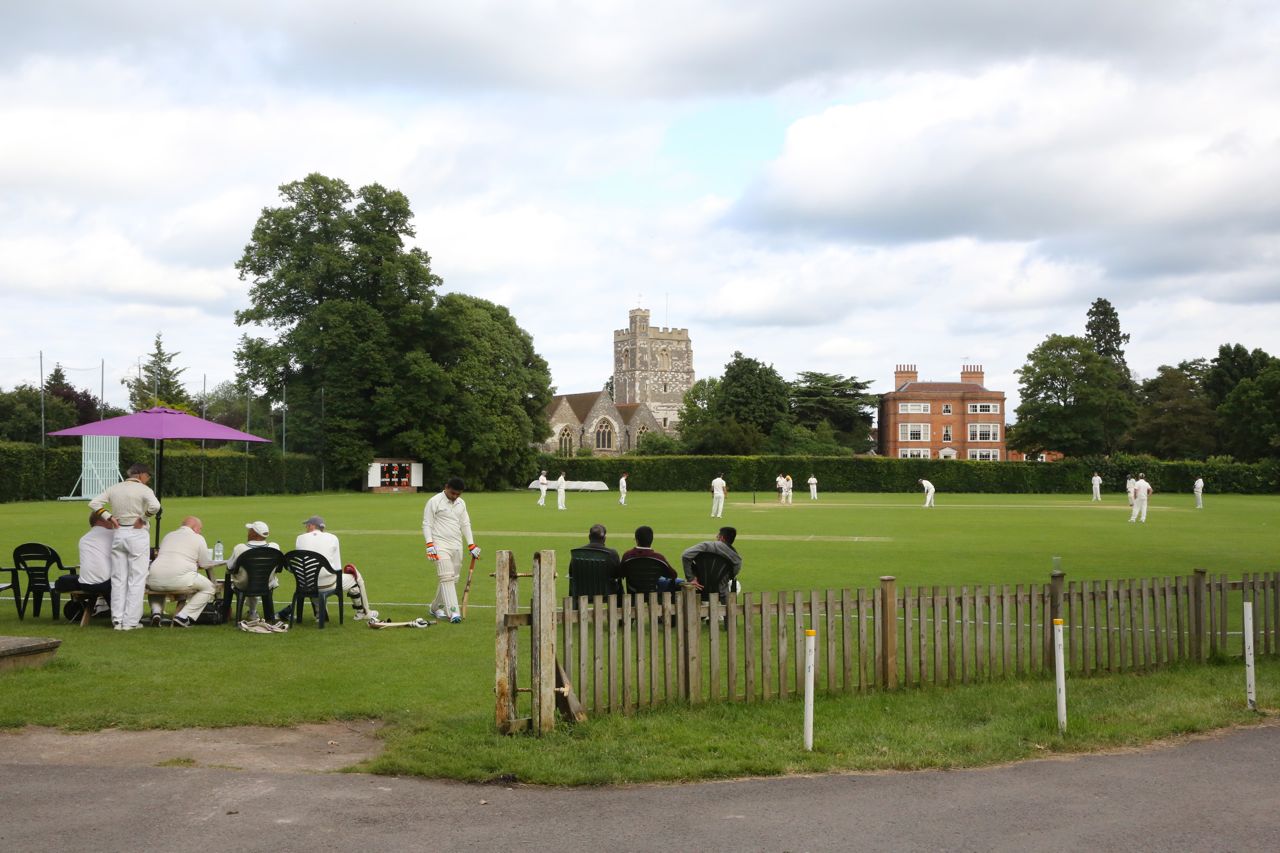 Bray is about as English as is possible, with rose-draped cottages and a fine pub where Dave and I had an afternoon pint. Wandering afterward, I came across St. Michael's, the village church (top) as well as a cricket game in progress at the local club. 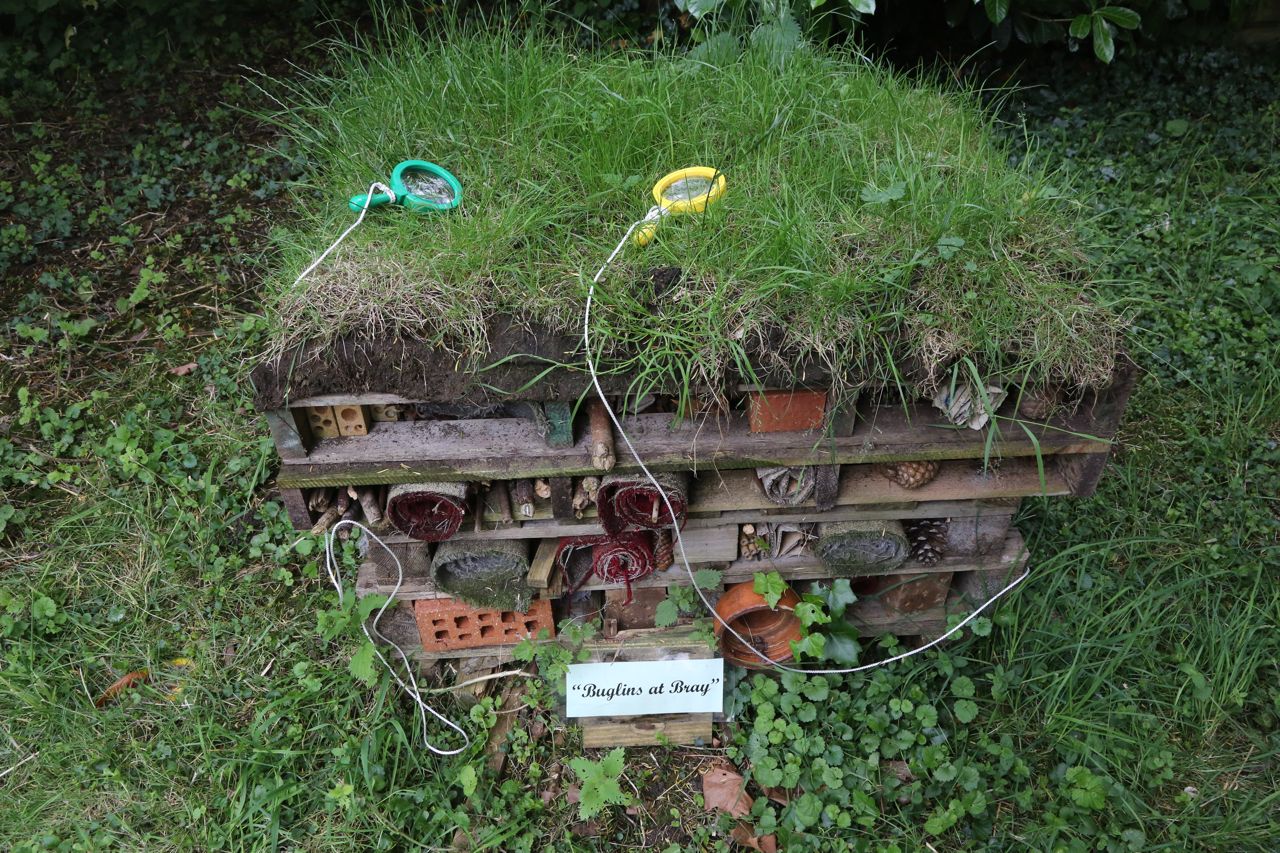 Portions of the churchyard at St. Michael's have been allowed to grow wild, on the theory that the grass and bushes will help provide homes for critters. A local scout troop created an "insect hotel habitat" out of recycled materials, like a big layer cake of moldy carpets, wood and pinecones. 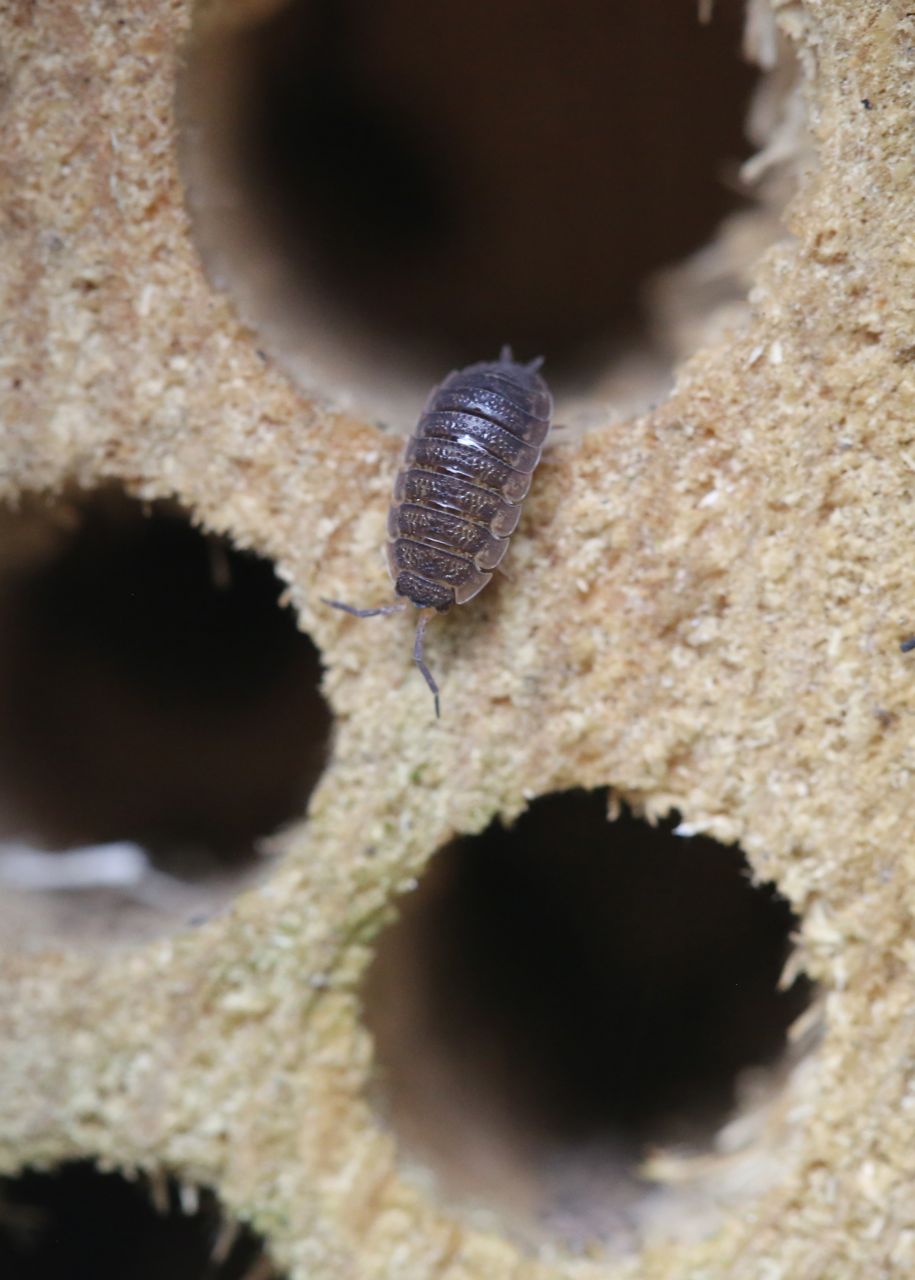 And indeed, there were bugs in residence.

While I was photographing the bugs and some nearby flowers and trees, an older man drove up and got out of his car. "If you like trees," he told me, "you should see the tulip tree at the front of the church. It's in flower now." 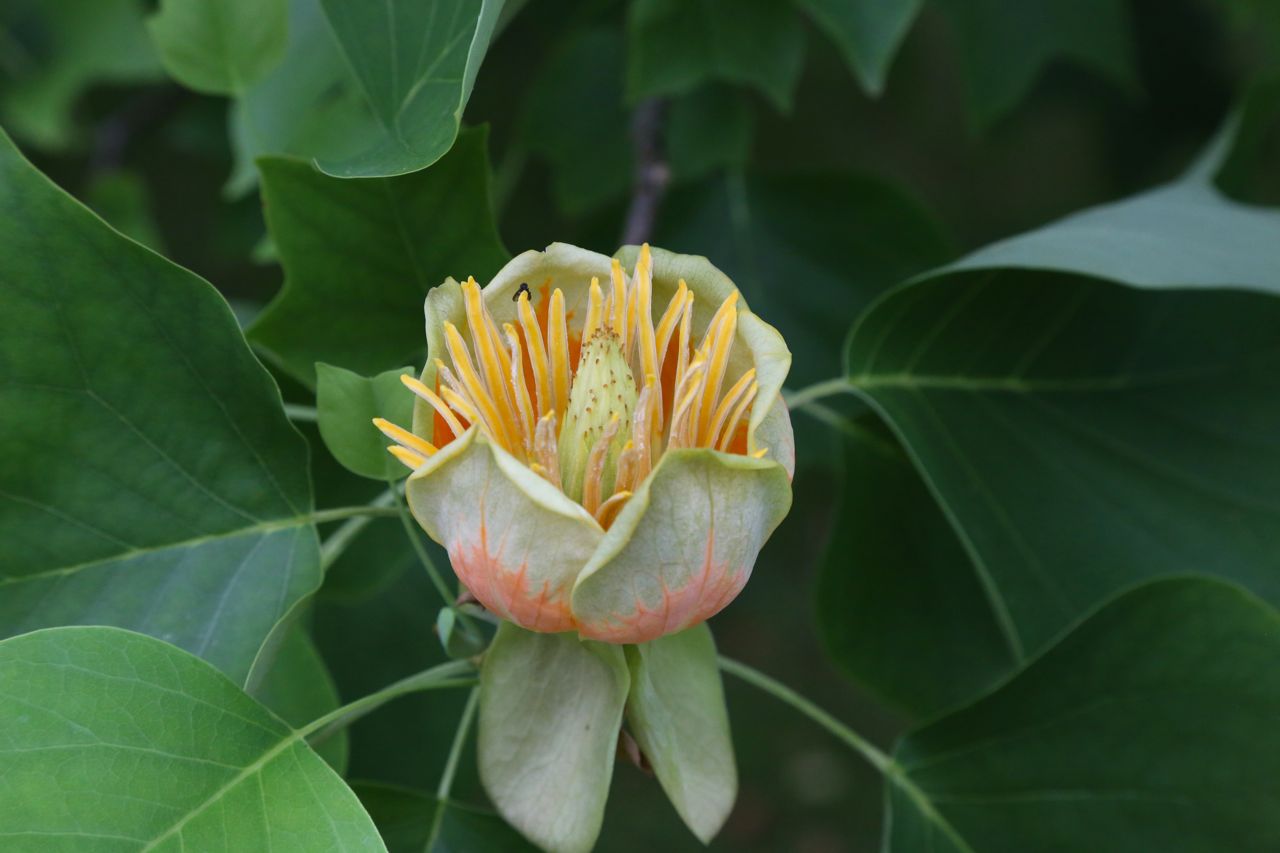 And here it is.

The old man told me how the Native Americans called the tulip tree the "canoe tree," because they could carve a 20-man canoe from its trunk. I have no idea whether that's true, but I was amused by the irony of this English villager telling me about Native Americans.

Dave and I had dinner at The Waterside Inn, in a glassy dining room with a panoramic view of the Thames, much narrower here than in London. The food was spectacular, of course, and after the meal we were able to simply climb the stairs and collapse into bed. Our room is so perfectly comfortable that it defies description. Safe to say that this morning, I slept a couple of hours past Olga's usual 5 a.m. wake-up call!
Posted by Steve Reed at 7:05 AM