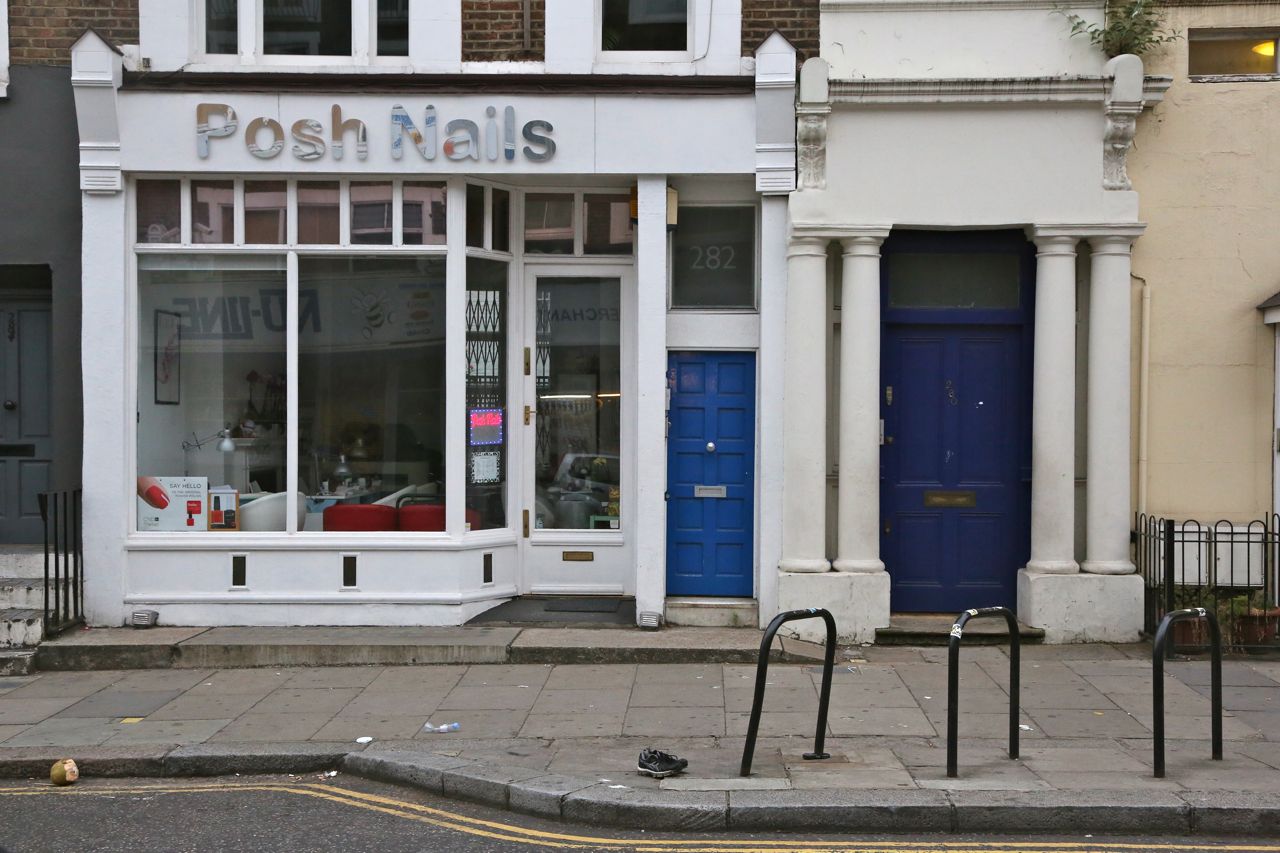 As I said yesterday, Olga's been getting me up extra-early in the morning, given that we have lots of sunlight now. I always take her out first thing, and since it's so light, I've been bringing along the camera.

This morning we set out shortly after 5 a.m. and passed the fabled Blue Door from the movie "Notting Hill," which in real life is rather prosaically situated next to a not-very-romantic (but posh!) nail salon. (The movie door is on the right.) 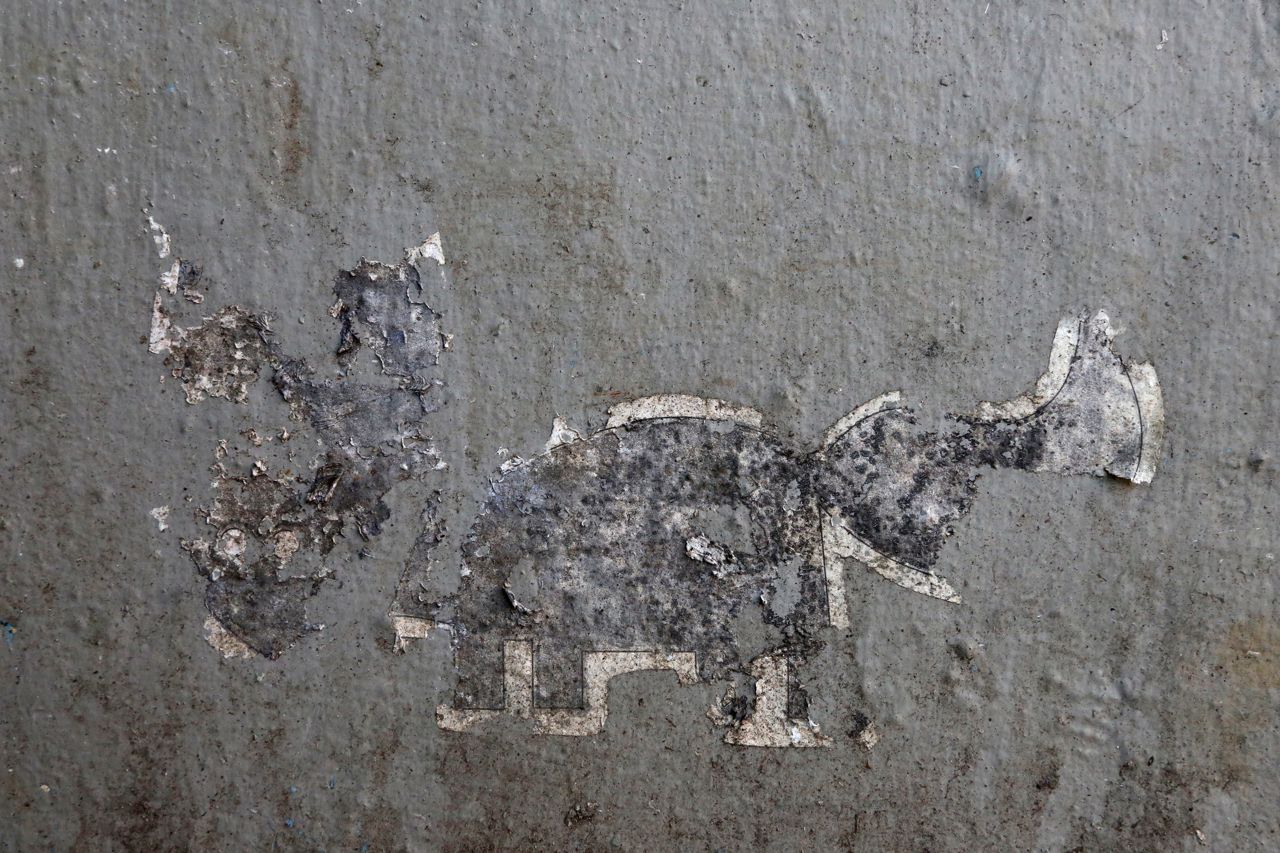 We checked in on our friend the street art fox, who is looking much flakier and weathered than he once did. 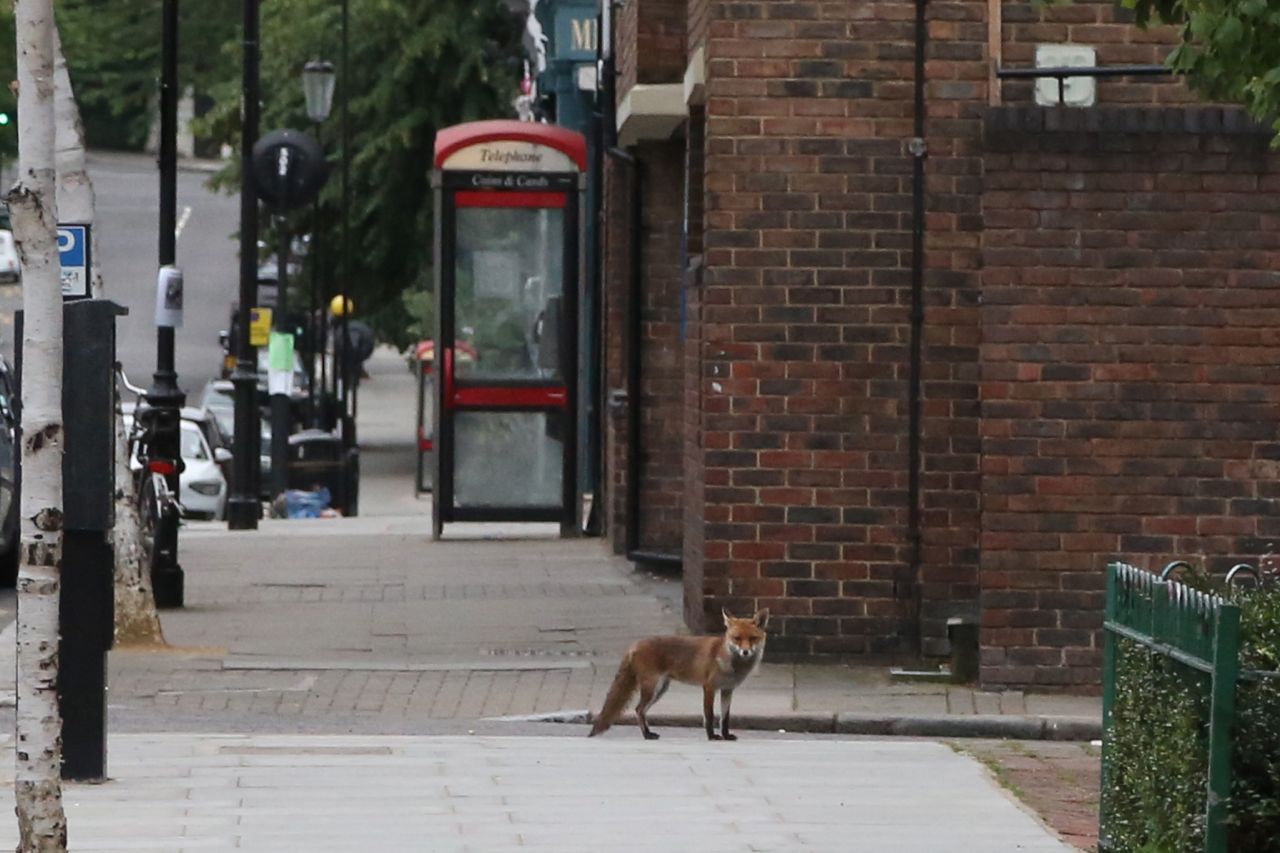 We also saw a real urban fox, warily watching us from afar. Of course I didn't have my long lens, so this picture is severely cropped and hence a bit grainy. Olga wanted to run after it in the worst way. We walked up to where it had been and she sniffed around, but the fox had vanished as thoroughly as a ghost. 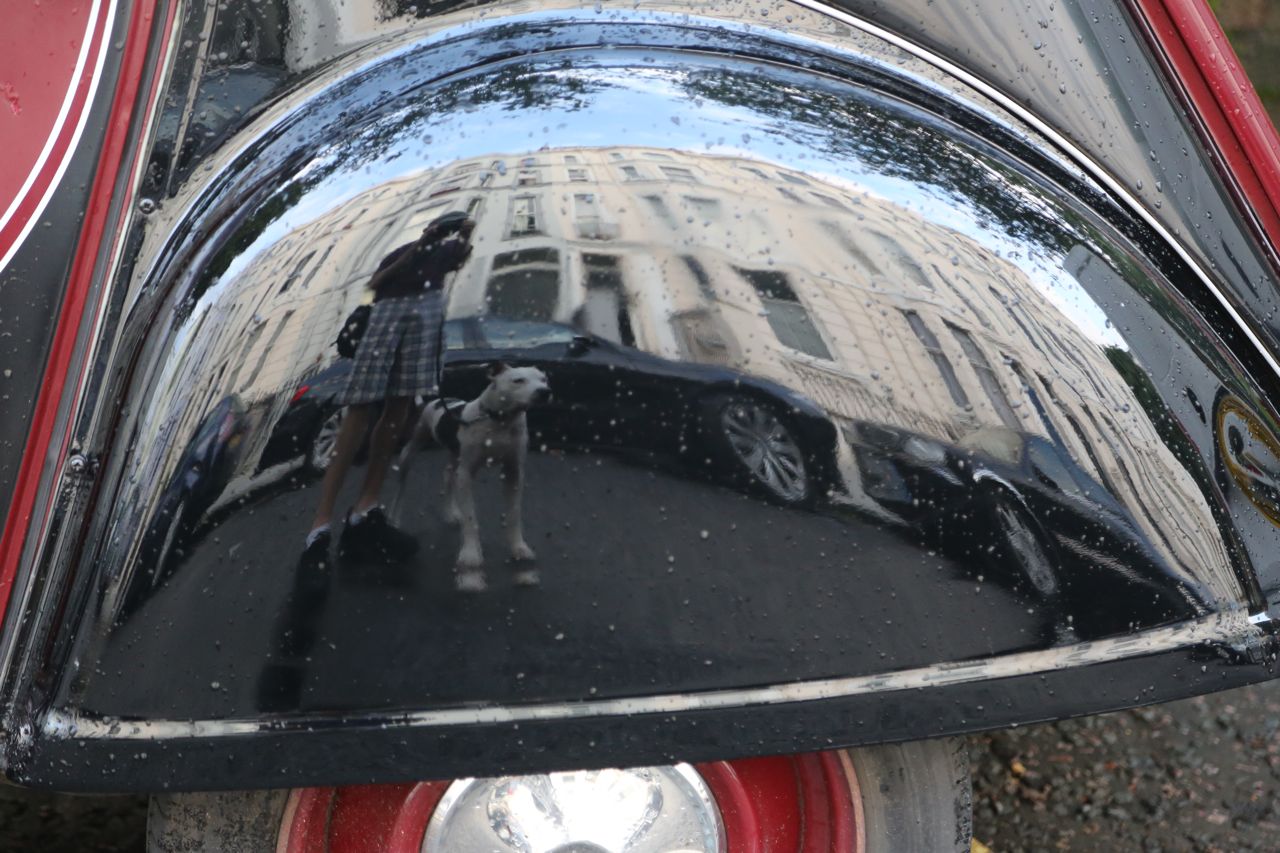 The other day we came across an old Citroen that gave us an opportunity for a bit of reflection. (It also apparently gave Olga horse hooves.) 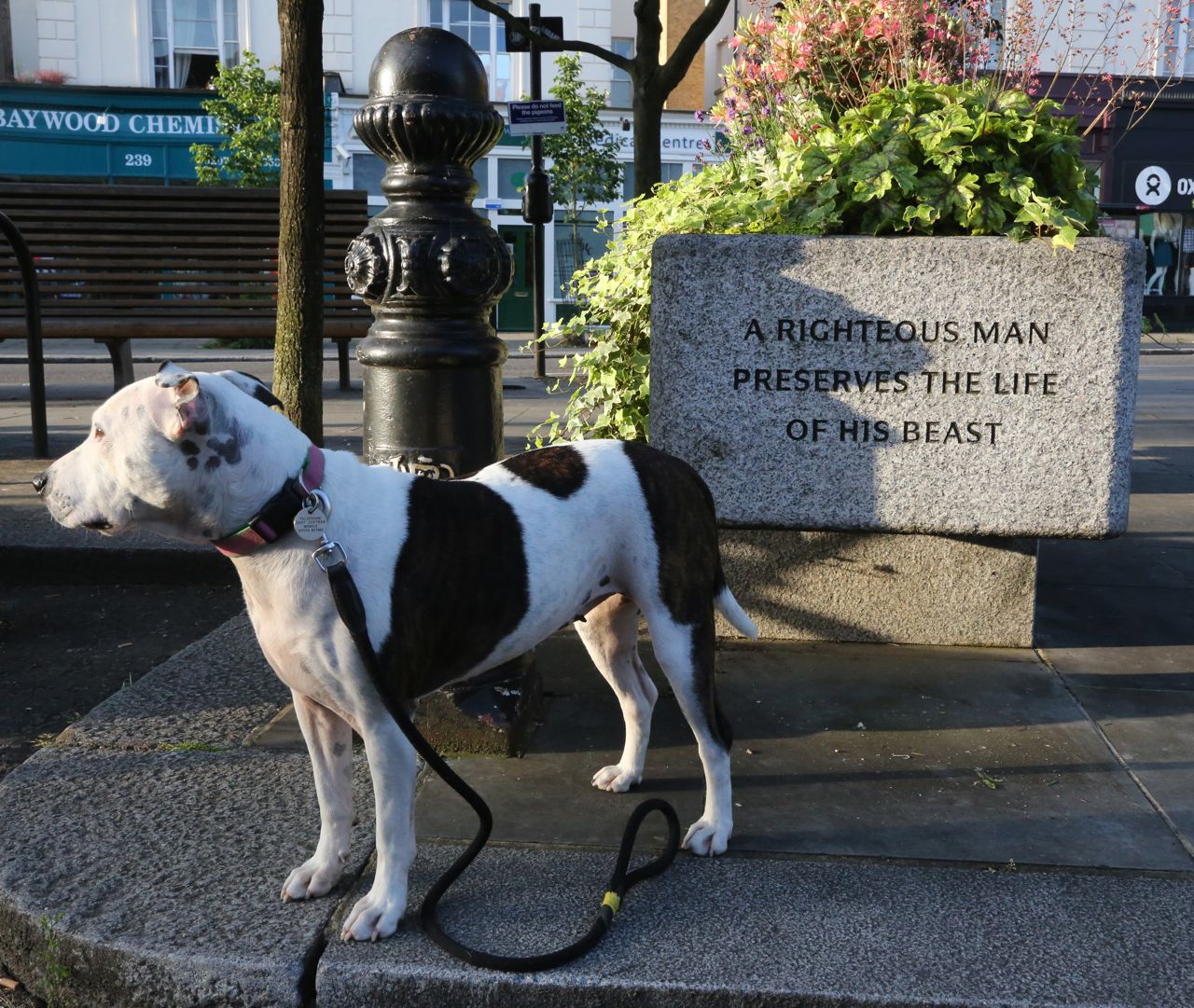 And here's the beast herself, facing into the sunrise one morning last week. The planter behind her is actually a watering trough for horses, from back in the day -- hence the motto.
Posted by Steve Reed at 6:27 AM

5 a.m.!!!???
Oh, honey.
Well, you sure do get some interesting pictures. When I was younger, I used to get up very early to walk and I remember how lovely it was, everything and everyone still asleep as the sun rose over the town.

well, no wonder you get up so early. I had no idea the sun rose so early up there. your days are several hours longer than ours and I though ours were long. great picture of Olga.

We have the same sunrise and sunset as you , same weather...So yes, Dexter wants to get up at 4:00 am, go to bed at 10:00pm, which is fine for him as he sleeps all day...Nice car reflection, big boots for pup! The last shot should be a cover for a book, it is awesome! All you must do now is write the book!

I just watched Notting Hill for the umpteenth time earlier this week. I love the fox in the city.

That fox is wild -- it's hard to believe that they appear on the streets of London!

But I agree - that last picture is AWESOME!