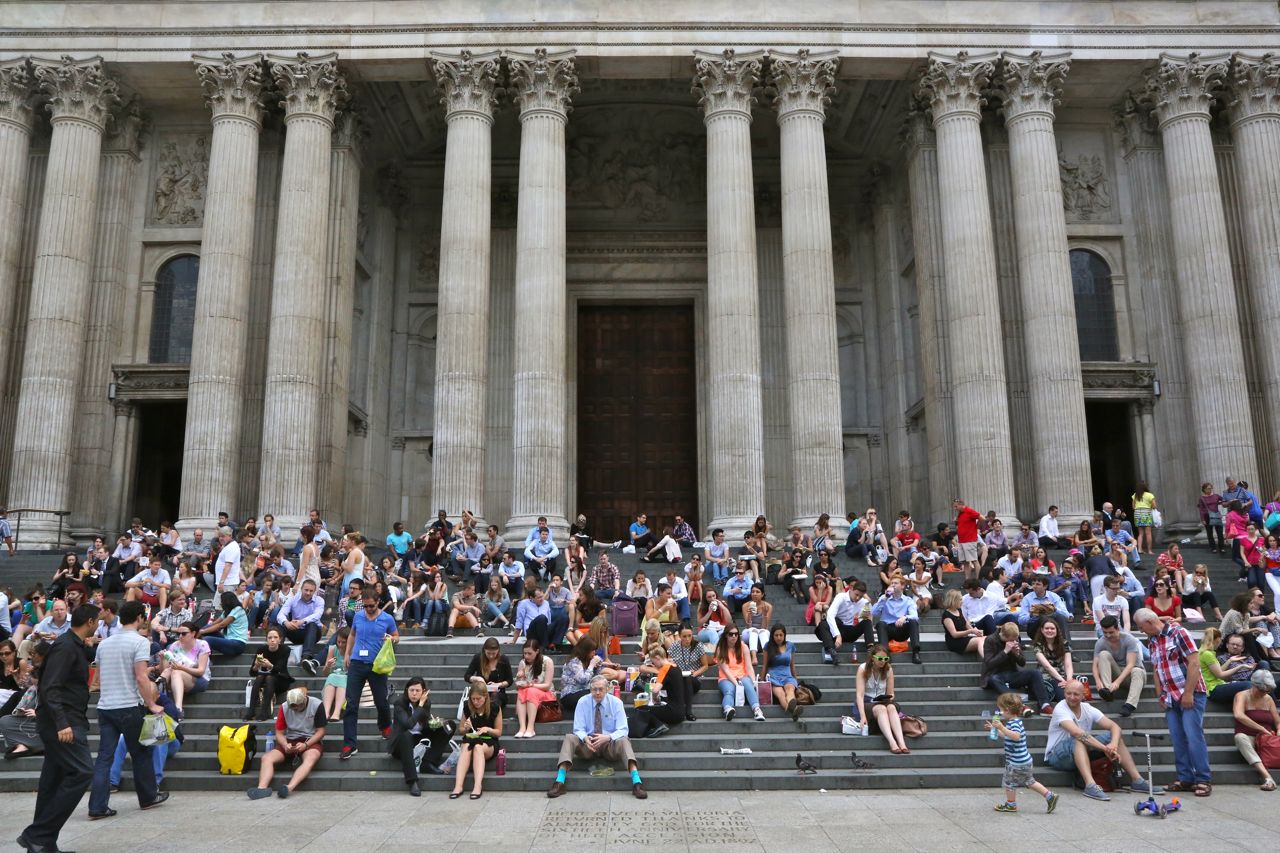 This is such a crazy time of year. The sun rises at a ridiculous hour (yesterday at 4:43 a.m., though the sky starts getting light long before that) and sets at an equally ridiculous time (9:19 p.m. yesterday, but again, the light lingers well past 10 p.m.)

I don't mean to sound like I'm complaining about too much sunlight in London. But it can be hard to go to sleep when the sky is still so bright, and the gray morning light gets Olga's motor running way too early. We have heavy drapes in our bedroom but the light comes in around the edges and that's enough to tell her that it's time to get up. She starts furiously licking my hand, resting her head on me and wiggling around as much as possible. (Who knows what kind of window coverings we'll have in our new apartment?!)

I feel like I'm running a little bit of a sleep deficit, and I'm also still fighting my lingering cold. That hasn't stopped me from walking, though, and yesterday I went from the Barbican to Tottenham Court Road, passing St. Paul's Cathedral, which as you can see from the photo above was thronged with midday crowds. Don't you love that -- everyone out soaking up the beautiful weather? That picture makes me happy. It reminds me of "Where's Waldo?"

Work yesterday morning was just a matter of neatening up the library -- recycling newspapers, shelving last-minute returns, putting away temporary displays. It was satisfying to leave everything neat and orderly. (And thus is revealed once again the obsessive side of my personality.)

I feel like I learned a lot this year. I started out stern and demanding -- at least with the high schoolers -- focused on enforcing rules while simultaneously feeling inwardly terrified. I might have even been a bit of a jerk. As the year went on and I learned how to talk to the kids with a bit more ease, I eased up too, and by the end, we'd reached a better equilibrium. A few kids even asked me to sign their yearbooks! I'm actually looking forward to seeing them again in the fall and continuing to help them enjoy the library.