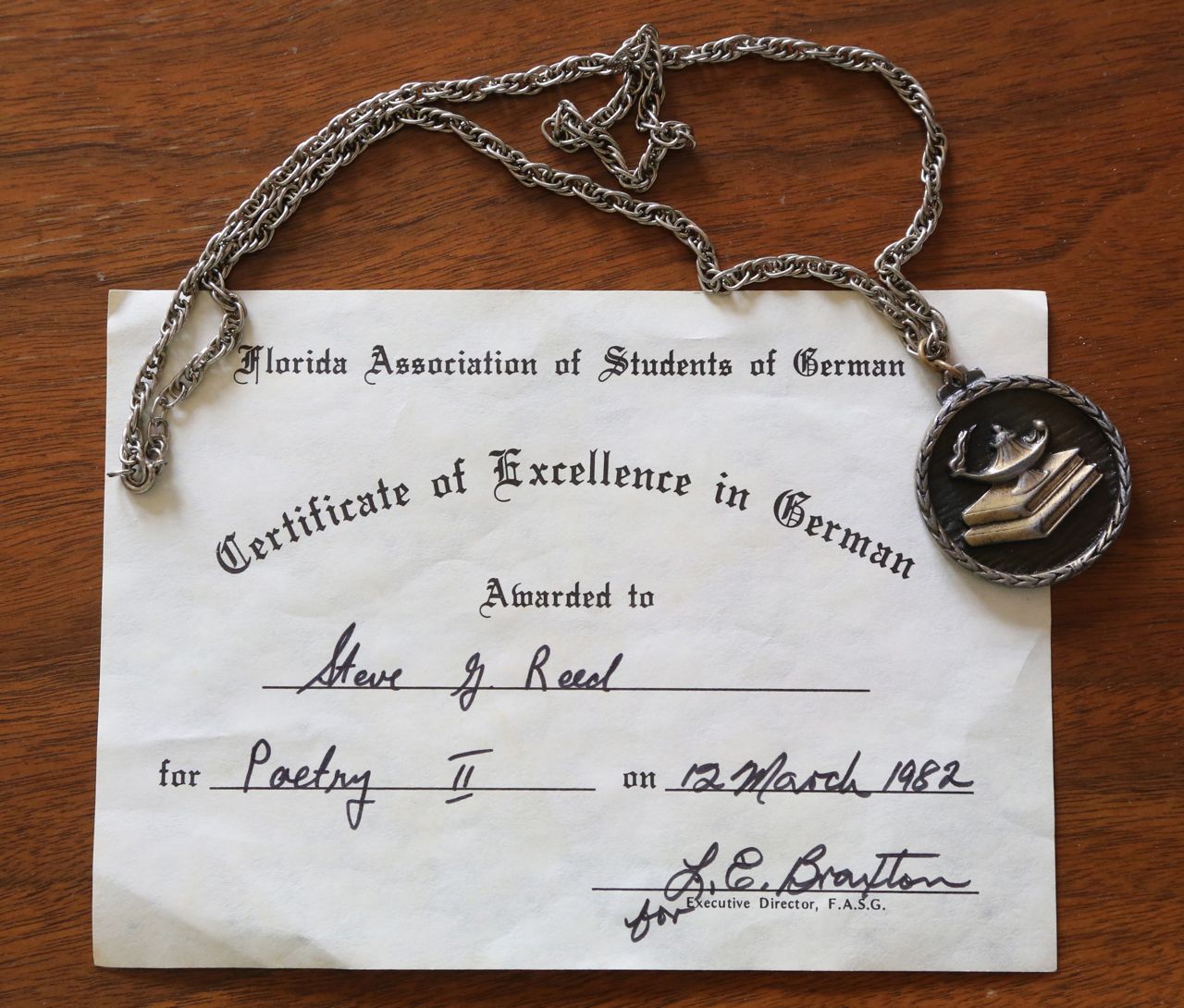 In 1982, when I was studying German in high school, I attended a conference in Orlando where I competed in poetry recitation. It seems unbelievable now, when I can barely speak a word of German, but I actually won a medal reciting Hermann Hesse's poem "Im Nebel," or "In Fog."

Here it is in its original German:

It's one of those typically Germanic poems about existential crisis and cosmic loneliness, and sort of the opposite of John Donne's "No Man is an Island." Here is an English translation.

I had a great time at that convention. I went with about six other students and two chaperones, and we stayed at the now-defunct Court of Flags hotel near Disney World. I had a low-key crush on one of my fellow attendees, so that made the trip interesting, and I also remember talking enthusiastically with the other kids about Carpenters songs in the car on the way home. Ah, youth and naiveté!

After years passed and my memory dimmed, I gradually found myself uncertain which poem I had recited, or even who had written it. I knew it had something to do with walking in the fog. With the dawn of the Internet I was able to do some searching and figure it out. Now, when I reread the German stanzas, I remember well the words, sounds and cadences. (Probably couldn't recite them again, though!)

Just for fun, I plugged the German version of "Im Nebel" into Google Translate to see how well the program would cope. Not quite poetic -- what would Hermann Hesse think?! -- but comprehensible, more or less:

Strange to wander in the fog!
Lonely bush, a stone,
No tree looks the other,
Everyone is alone.

Was full of friends me the world,
When my life was still light,
Now that the mist falls,
Is no longer visible.

Truly, no one is wise,
Does not know the dark,
The inescapable and quietly
Separated from others him.

Strange to wander in the fog!
Life is to be lonely.
No man knows the other,
Everyone is alone.
Posted by Steve Reed at 6:53 AM