Sitting in a Laundrette 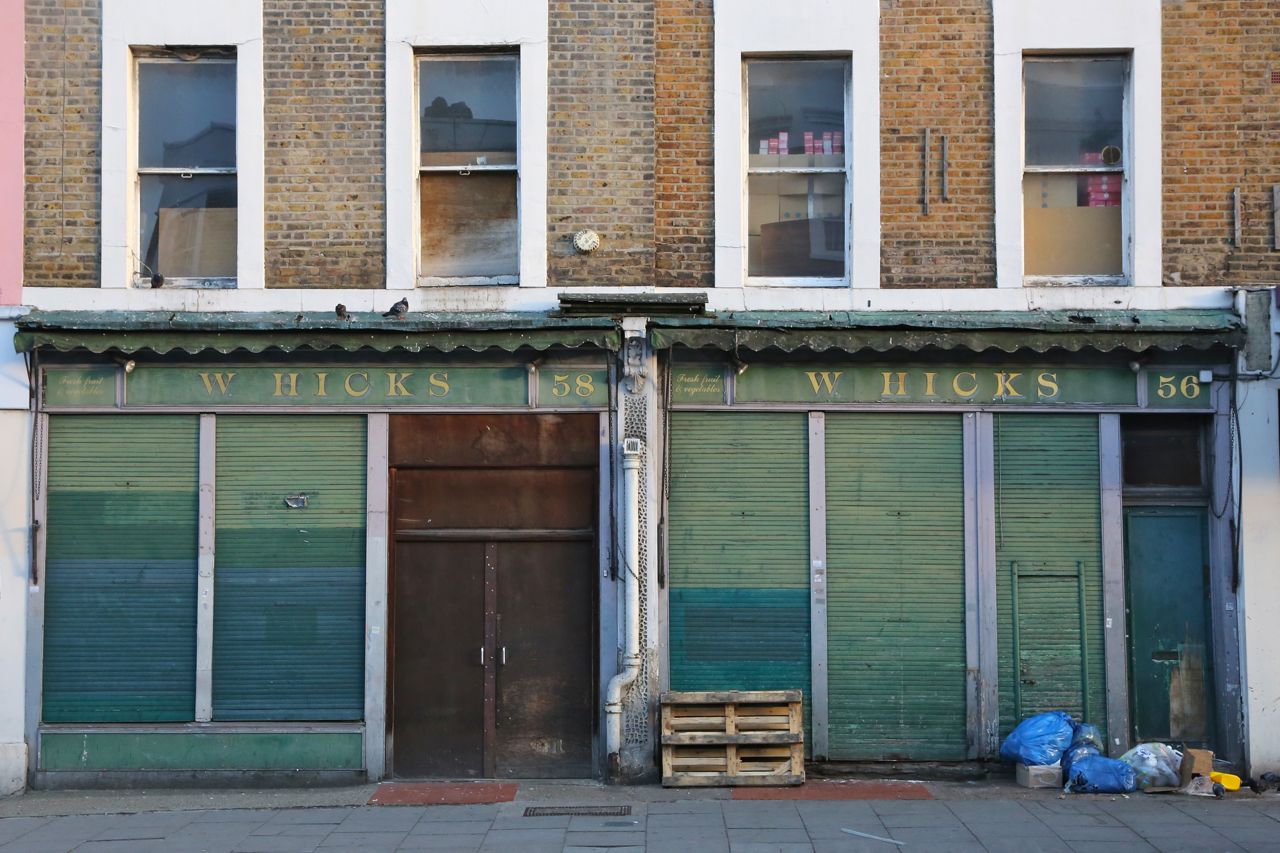 It's been a super-busy weekend, and we're not done yet! I was primarily on Olga duty, as Dave had to conduct his high school students in their end-of-the-year band concert yesterday. I took Olga to Hyde Park on Saturday and to Wormwood Scrubs yesterday, so she had a couple of sunny days out running in the fields and woods.

We also went on a long-ish walk yesterday morning, when we went up to Golborne Road so I could shoot this storefront (above). I wanted to catch it at a quiet hour, with no traffic and no people, and early Sunday morning fit the bill. I love all those gradations of green and blue. 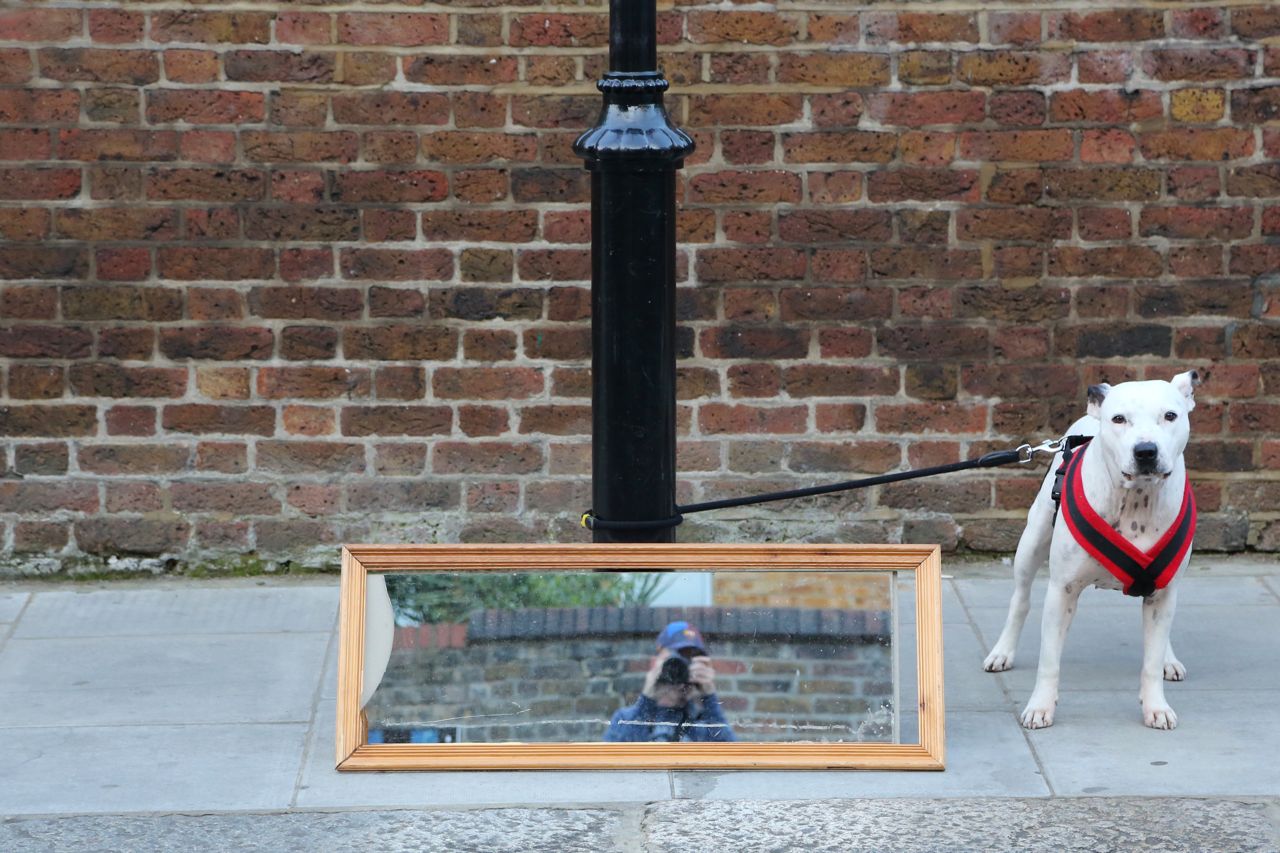 Olga and I found a discarded mirror on Portobello Road. She wasn't wild about being in the picture. She had things to do, places to go.

I also went to My Beautiful Laundrette in the morning to wash our blanket and bedspread. In the past I've dropped them off at a different place, a nearby full-service laundromat, which winds up costing about £20 for each item. But after the rug incident I swore I would never go back there, so the laundrette was my only option. It turned out to be much easier, cheaper (£8 for both!) and more pleasant than I expected. I took my current novel, "Where'd You Go, Bernadette," which is a light and funny read, and I sat in a shaky laundrette chair and spent 40 minutes in the company of the rhythmic thrum of spinning laundry. My Beautiful Laundrette may not look particularly beautiful on the outside, but it is a comfy place.

I went to Dave's concert in the afternoon, which went well -- from a slightly rushed, panicked version of "Also Sprach Zarathustra" to a confident percussion rendition of "Walk Like an Egyptian." Afterwards the whole music department (plus a few hangers-on like me) went to a pub for dinner.

Today, we have a photographer coming to the flat to take photos for a real-estate listing, which means I have to hide the cereal and the dog food and the other items sitting out in the kitchen, and I have to make the beds and clean the shower. *sigh* I'm going to get a few things done this morning and then I'll come back at lunchtime to supervise it all.
Posted by Steve Reed at 6:55 AM