Garden, Before and After 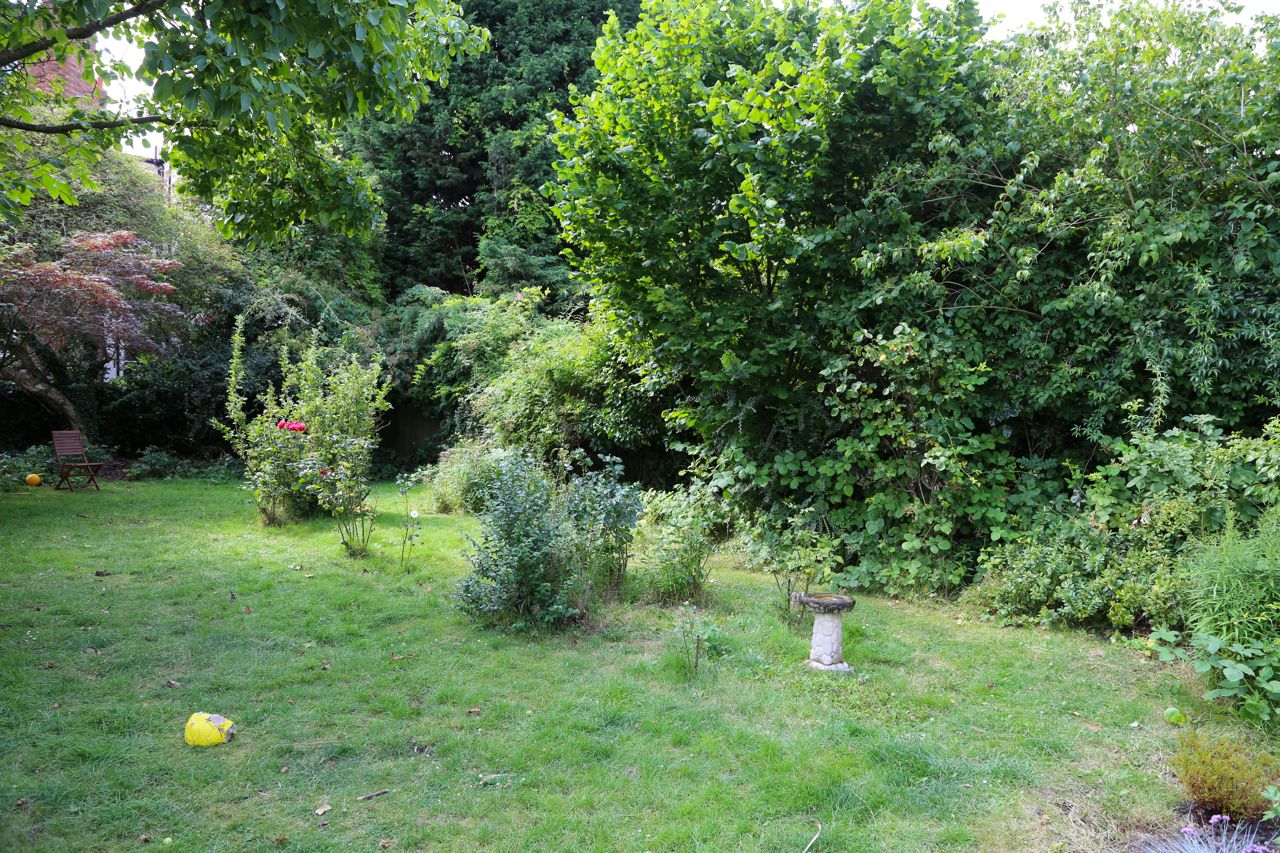 The gardener came again yesterday, and with his assistance we completed our overhaul of the garden. It's time for some before and after pictures!

Above is the yard on July 21, before the big clean-up. If I could write out a Tarzan yodel at this point, I would -- so just imagine it. 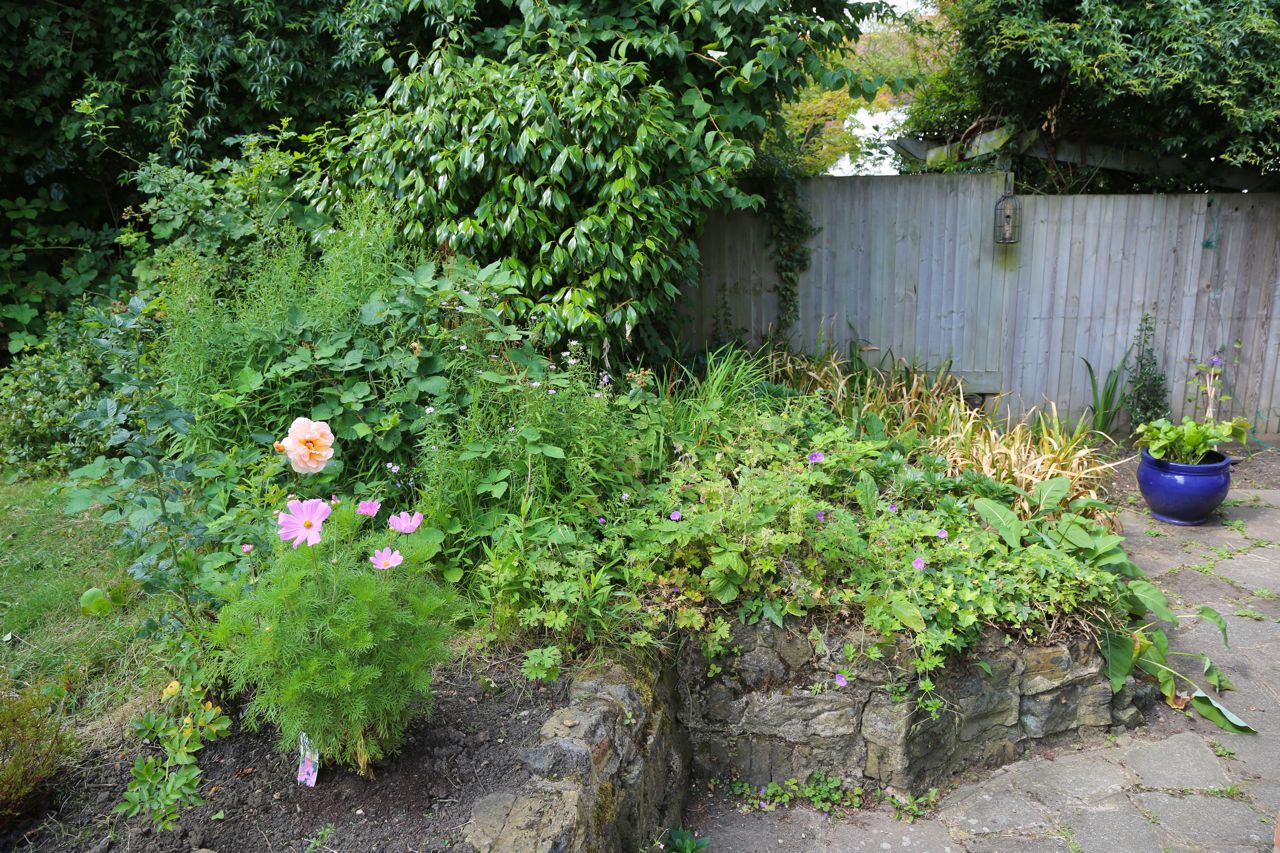 And here's the edge of the patio on July 21, with irises running amok and weed-choked rock garden. (By the time I took this, we'd already weeded and planted the bed in the foreground.) 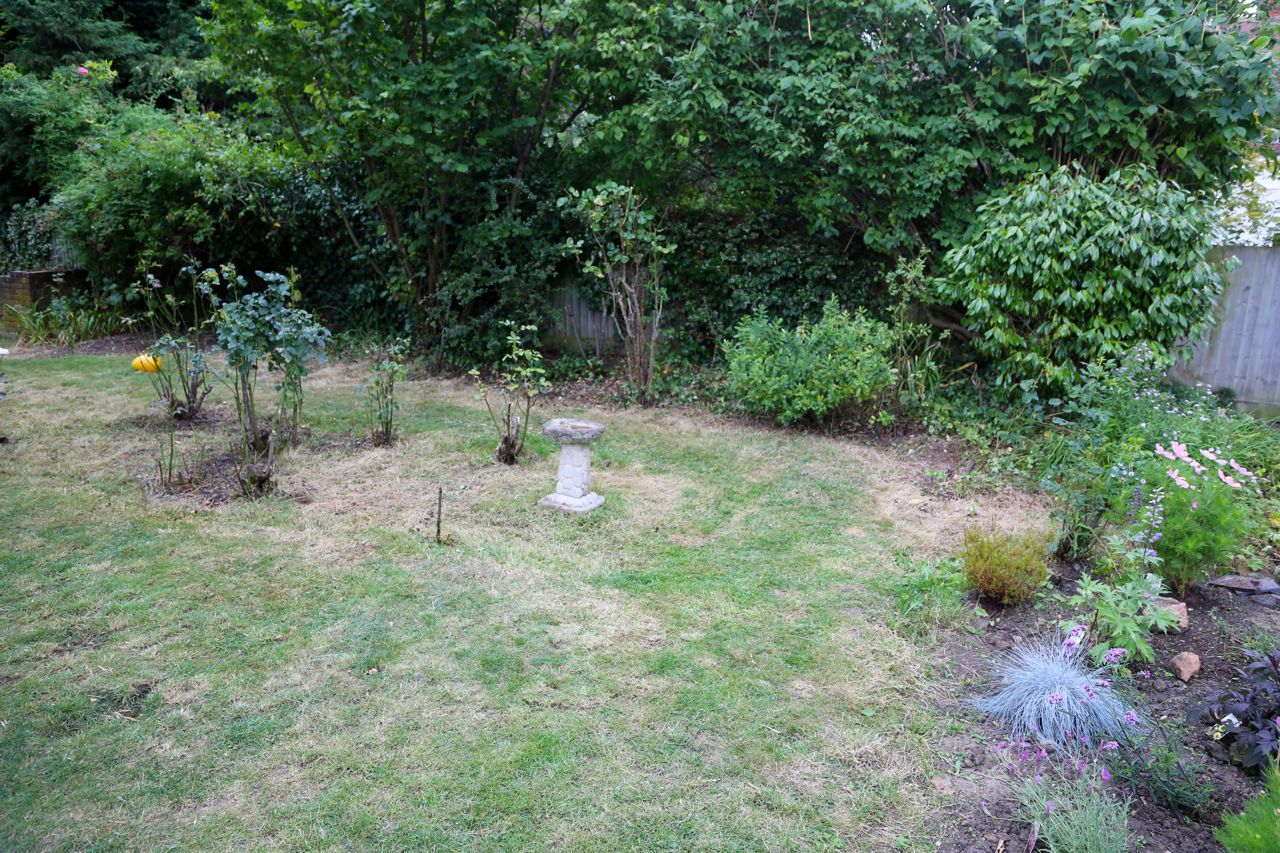 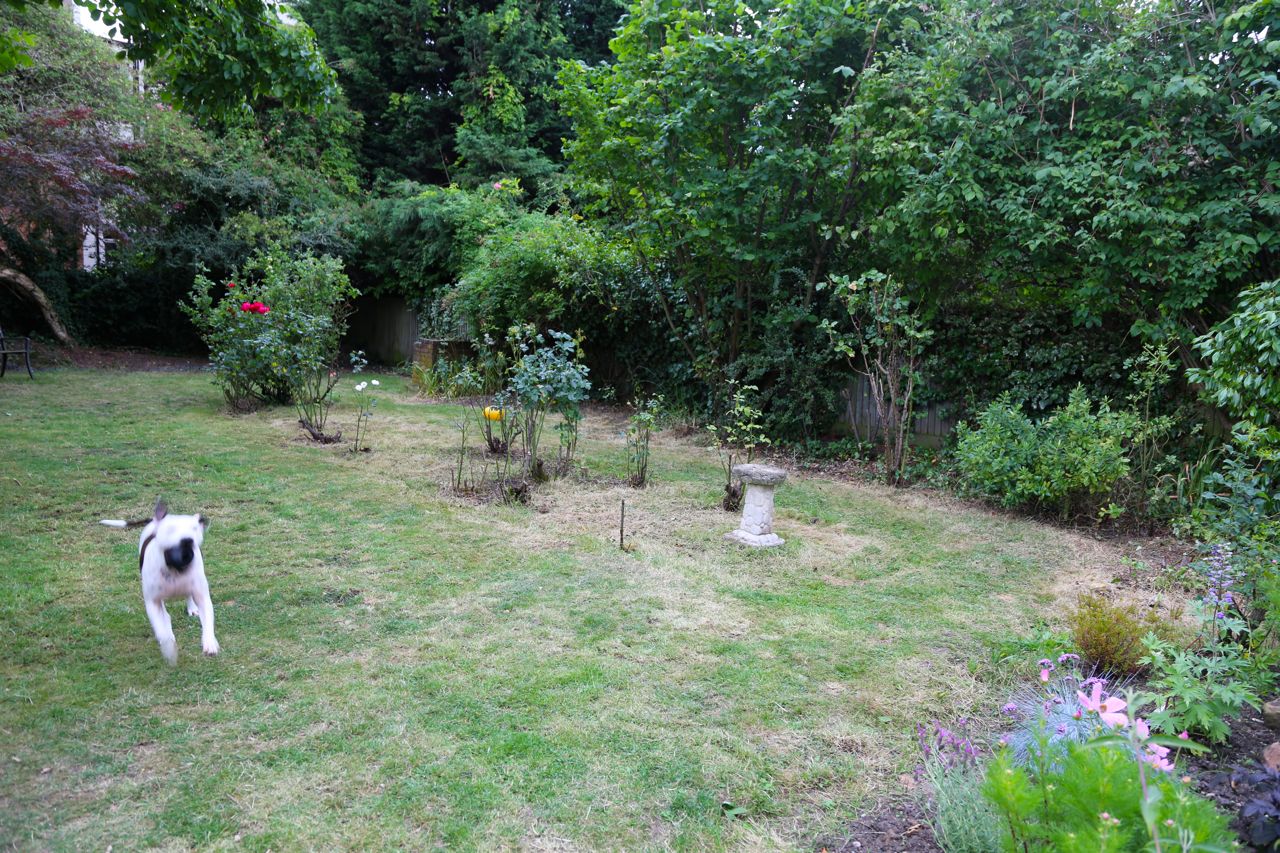 And here's the yard now. Can you fully appreciate the quantity of vegetation we removed from the side of the yard? The large hedge plants -- hazel and philadelphus -- have been pruned back, the blackberries (mostly) removed, and the roses, hebe bush, camellia and other plantings rescued from encroaching undergrowth. You can even see the fence through the gaps! 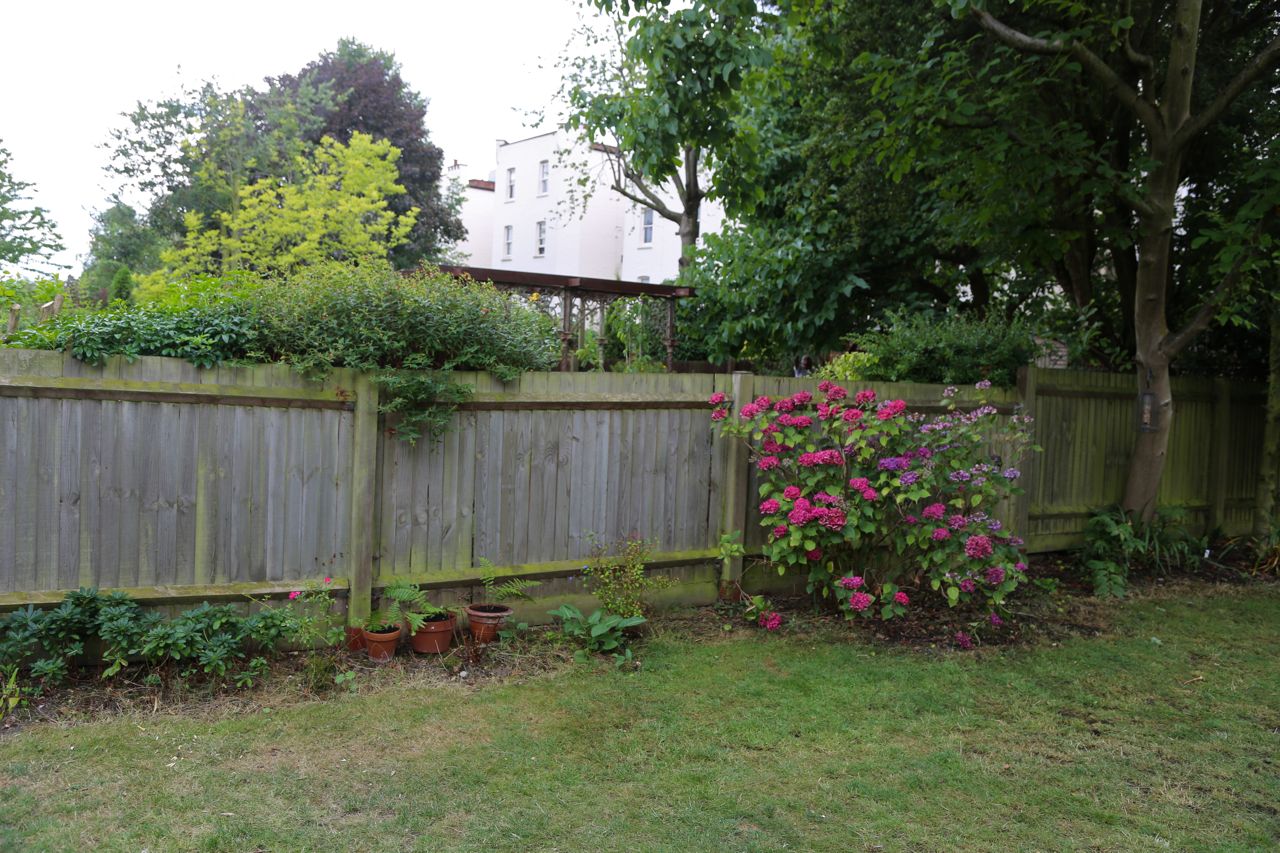 The other side of the yard didn't change as much. (I don't have a before photo, but you can kind of see it here.) We trimmed things up and removed lots of weeds, but we left the big hydrangeas alone. Dave potted some ferns from the alley beside the house, hoping to cultivate them and perhaps transplant them to a more visible spot in the garden. 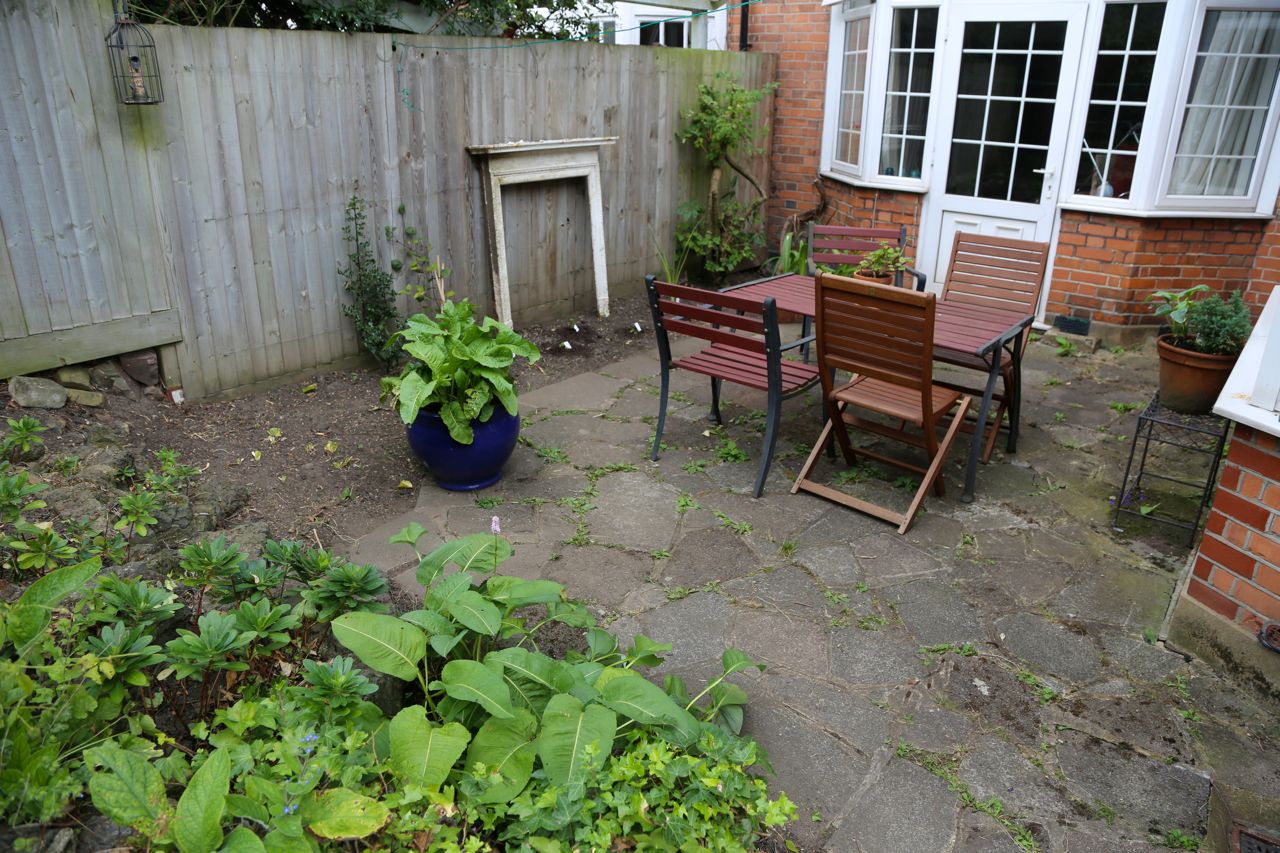 Here's the patio now. Dave trimmed all the irises down (they were mostly brown and apparently, being "stinking iris," they're somewhat undesirable anyway), trimmed the ivy, weeded and planted some tiny new bushes (bee balm, red-hot poker and black mondo grass near the fence). We found an old cast-iron mantelpiece at the back of the property, and brought it to the patio to add architectural interest. The eventual plan is to train our clematis over it, but we'll see how that goes.

Check out how much the horseradish has grown in its new blue pot! Kind of scary!

I'm off to Florida today, taking wing just before noon. I'm almost sorry to leave our garden, not to mention Dave and Olga. Every little bud I see, I think, "Well, that will bloom while I'm gone!" It seems unfair. I wish I could hit the garden's pause button.
Posted by Steve Reed at 6:36 AM