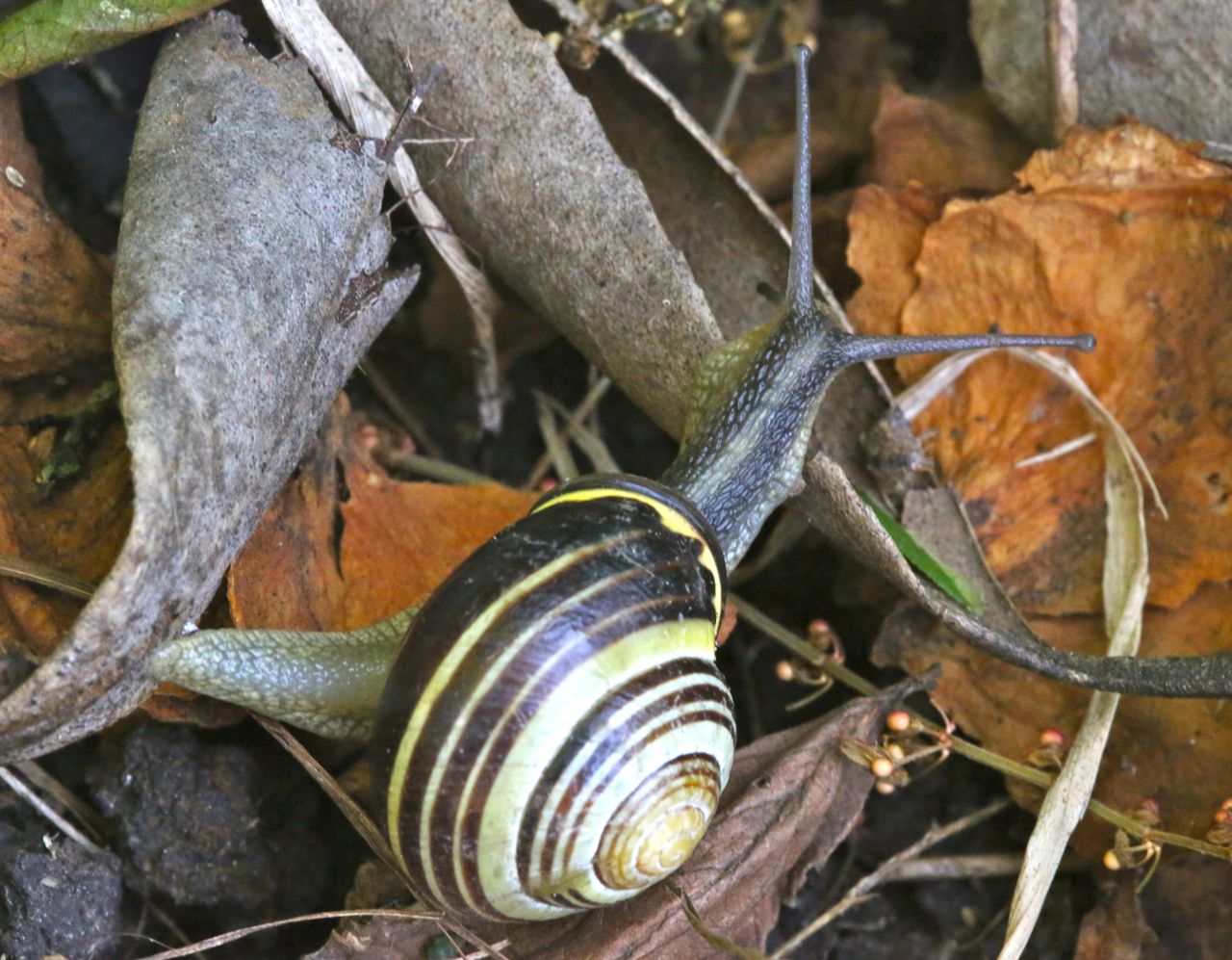 The gardener came yesterday to whip our Tarzan-worthy English jungle into shape. Before he arrived I got to work on early-morning weeding, and I uncovered numerous snails and slugs like the critter above. (I relocated this one and several others to shady parts of the garden that stood to remain undisturbed, but I'm sure there will be some heavy duty Darwinism going on over the next few weeks!)

Dave and I have been joking about our garden being incredibly inhospitable. If a plant has painful thorns or sticky sap or proliferates wildly, we have it. Even our iris plants are known as stinking iris. "I hate them," said our gardener helpfully.

The plant I called green alkanet in my previous garden post may actually be borage -- they look so similar I can't really tell. In any case, everyone hates it. We have it in spades! I've removed tons, saving only a token two plants (for the blue flowers). 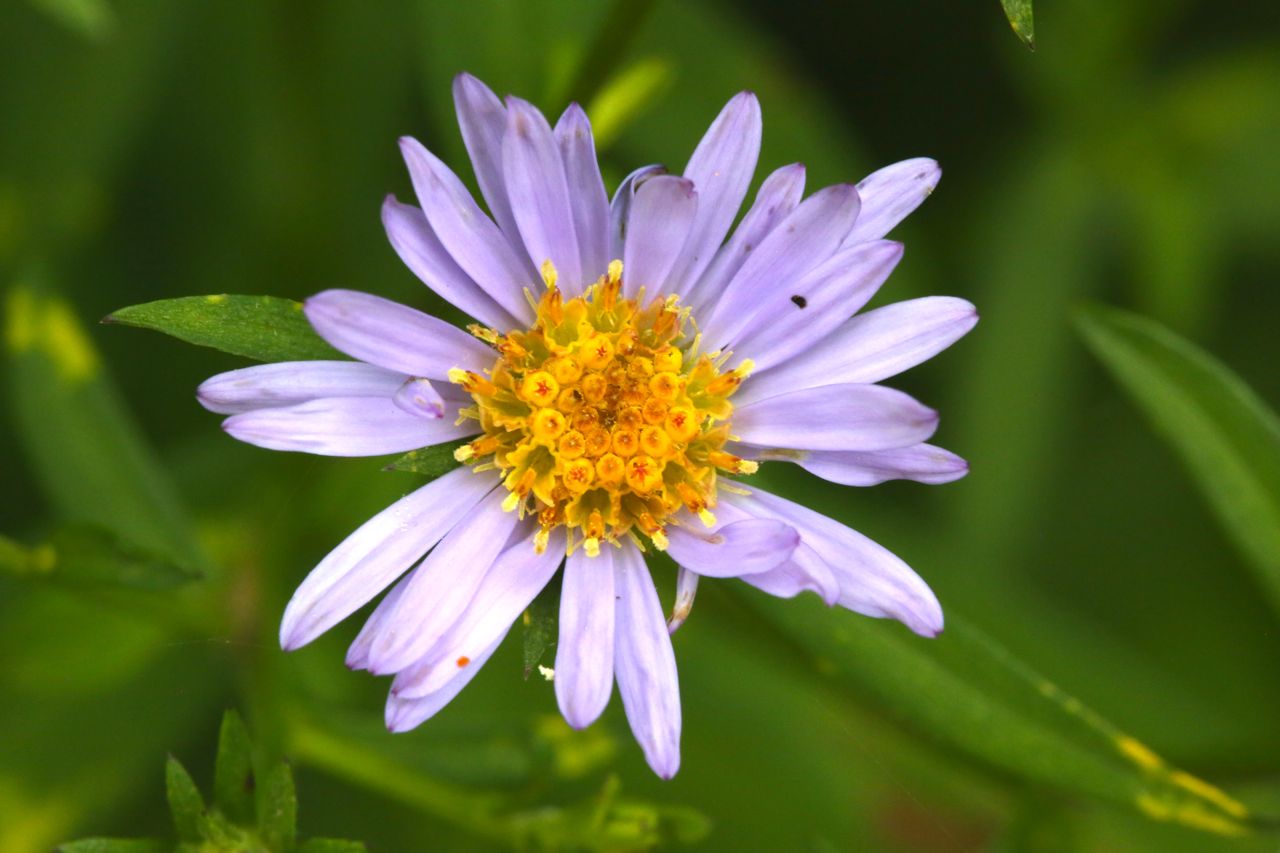 And the asters! I said before that we had only a few, but that's because I didn't recognize the millions of them that weren't blooming. They provoked a domestic debate. I wanted to save some of them, because I really want to preserve the wild nature of parts of the garden, cultivating wildflowers and native bugs and whatnot. (Snails, even!) Dave has a much neater approach to gardening -- he wants to trim and weed and edge. We compromised on the asters -- I saved a patch about two feet square, and we pulled all the others. 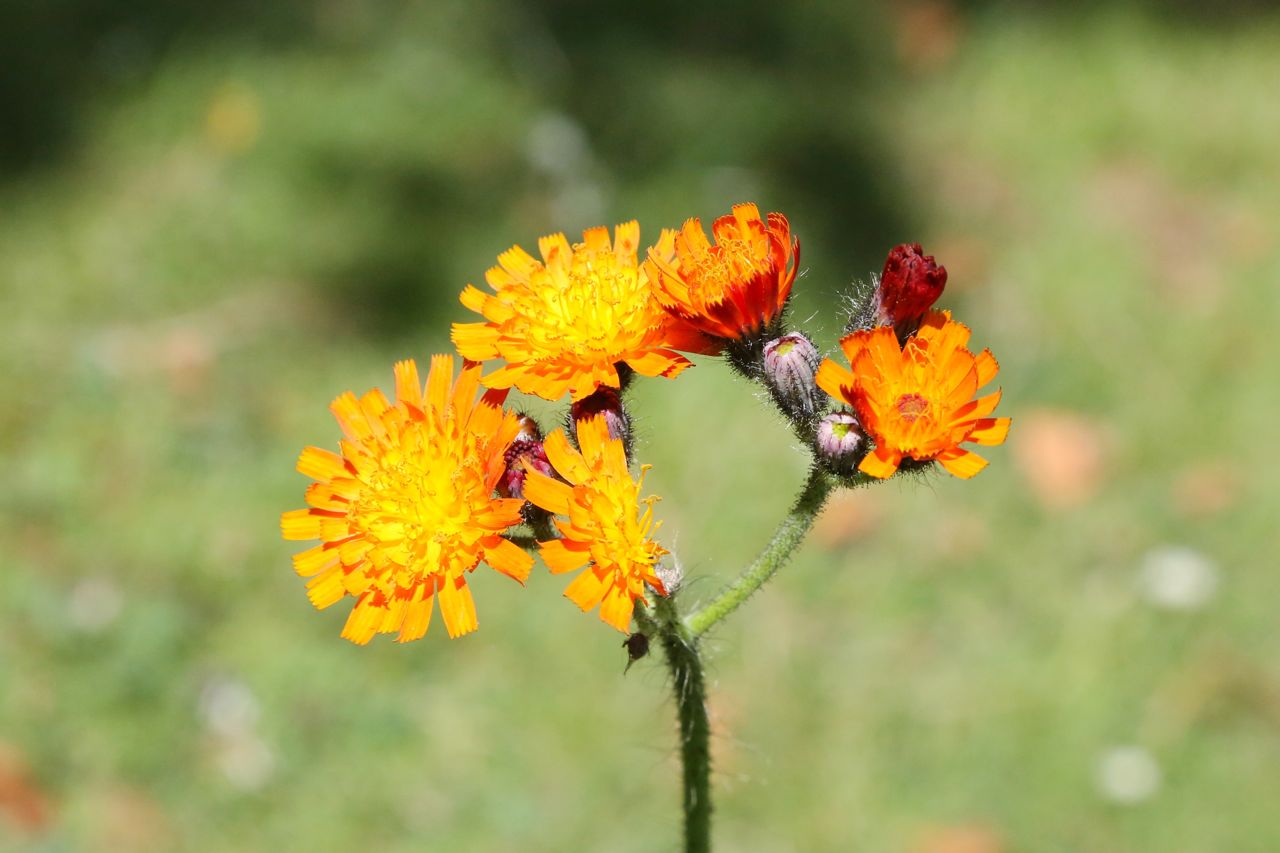 I also saved our largest blackberry bush but we yanked out tons of others. A ridiculous quantity, actually. And we saved our wild geranium.

The little orange flower above was a casualty. We had only one, and I'm not sure what it was -- I thought it was a garden volunteer from previous years, but the gardener seemed to think it was a weed. It was growing out in the open on the lawn, and though I asked him to try to save it, it was trampled in short order. Probably not a realistic request on my part. Maybe it will come back.

The upshot of all our hours of work (the gardener was here all day, and Dave and I worked pretty consistently all day as well) is that we have much more open space and sunlight. The gardener took three carloads of vegetation to the recycling center. And he's coming back next Monday to finish things up!
Posted by Steve Reed at 6:31 AM