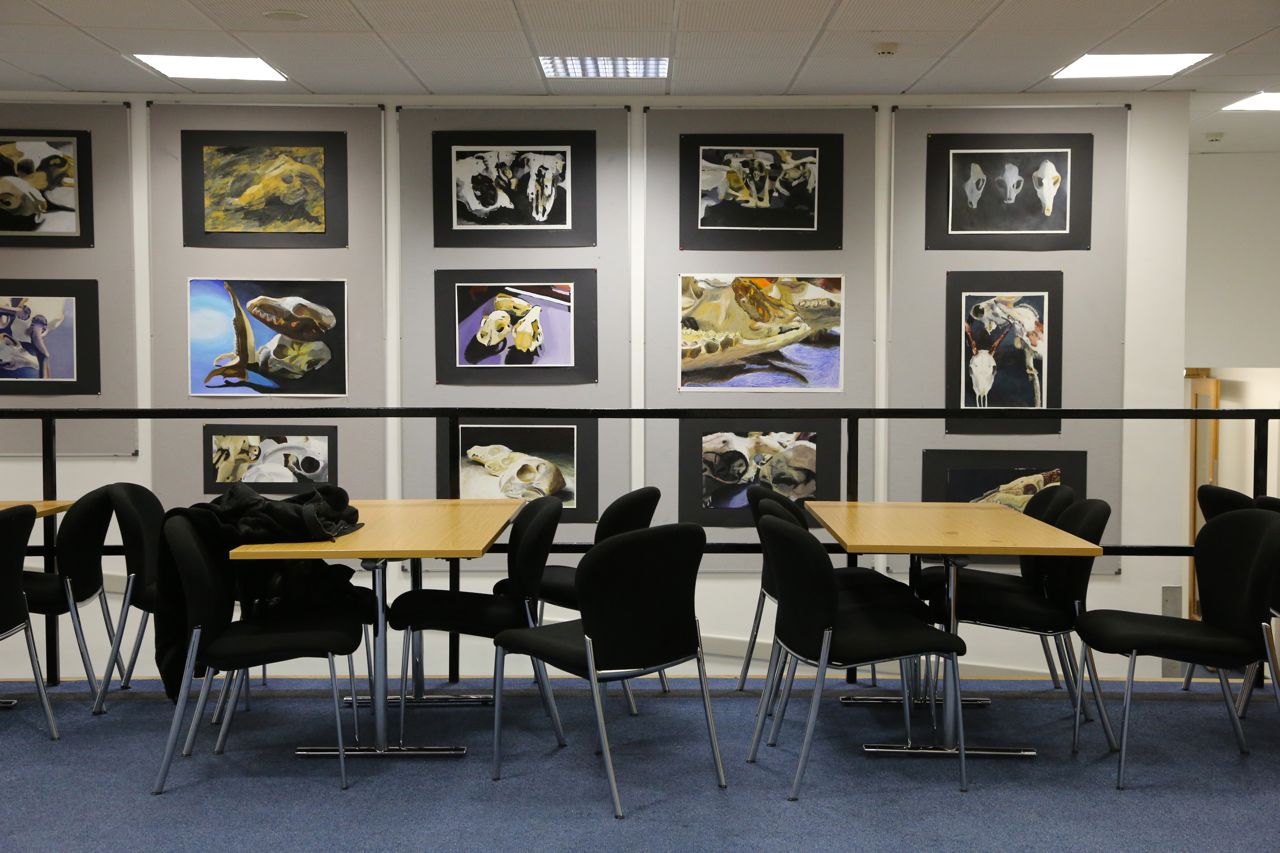 The art students at school have been experimenting with bones. I love this display. I've long been fascinated by Georgia O'Keeffe's famous bone paintings, meditations on life and death and color and unexpected beauty. These are her great-grandchildren!

I don't know how I feel about the news that Harper Lee is coming out with another novel, and one heavily related to "To Kill A Mockingbird." It could be fascinating to see her first pass at telling that story, from the perspective of the adult Scout. But I'm afraid it will be like those "director's cuts" of movies restoring footage that probably should have been left on the cutting room floor. From what I've read, her original idea -- encapsulated in this book -- went on to become "To Kill A Mockingbird" after editors suggested she build on the strongest parts of her narrative. So what does that leave us -- the weak parts? And what will her writing be like, now that she no longer has the benefit of Truman Capote's friendship and editorial ear?

Remember about 10 years ago when Capote's "lost" novel "Summer Crossing" was published for the first time to great fanfare? It turned out to be a rather thin reading experience. Sometimes early efforts are unpublished for a reason.

I'd be much less nervous if Lee's new book were completely different, and didn't involve the same "To Kill A Mockingbird" characters. It's always dangerous when tampering with the legacy of a classic, much-beloved book. But anyway, we'll see.

I've just started reading a Henry Miller book I found on the library shelves called "The Air-Conditioned Nightmare," in which he returns from Europe to travel his native America. I can identify with his cynicism about his native land, and although I just started the book I love it so far. He describes his first sight of the "bleak and uninviting" shores of Boston, and the look of the typical American house -- "...there is something cold, austere, something barren and chill, about the architecture of the American home. It was home, with all the ugly, evil, sinister connotations which the word contains for a restless soul. There was a frigid moral aspect to it which chilled me to the bone."

He also takes a dim view of the life of an artist in America:

"The only artists who were not leading a dog's life were the commercial artists; they had beautiful homes, beautiful brushes, beautiful models. The others were living like ex-convicts. This impression was confirmed and deepened as I traveled along. America is no place for an artist: to be an artist is to be a moral leper, an economic misfit, a social liability. A corn-fed hog enjoys a better life than a creative writer, painter or musician. To be a rabbit is better still."
Posted by Steve Reed at 6:43 AM