Coffee and a Banana 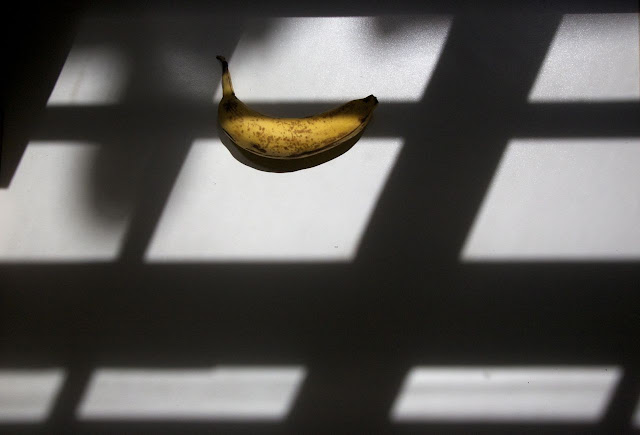 We seem to be coming to a place where nothing works around here.

I've already mentioned our washing machine Niagara. We thought we had that fixed, but the other day when I did a load of laundry -- with no other water-using appliances running -- I found water oozing up from beneath the floorboards in the kitchen. So while it's true the surface of the floor is mostly dry, apparently there's still some leakage beneath.

Our Internet has been sketchy for weeks. It comes and goes, and lately it seems to be mostly going. We have an incredibly weak connection, even when I go sit next to the router. I've been dreading calling our provider because I know they're going to demand that I do all kinds of tweaking on my end, like turning things off and on (which I've already done) and connecting an ethernet cable (which I don't think we even have) to test the line. I just want them to send someone to fix it.

Last night I woke up around 1:30 a.m., incredibly thirsty, so I got up for a drink of water. I went into the kitchen and the dishwasher was still running! Now, I'd started it around 10 p.m. There is no reason why the dishwasher should run for 3 1/2 hours. And according to the timer, it still had about an hour to go. When I opened it, the water inside was sudsy but cold. C'est pas normal.

And finally, my computer no longer seems to work as well as it used to. I have a terrible time downloading pictures from my camera. I have to disconnect and reconnect multiple times -- as many as 10 or 15 -- before the computer will offload the content from the camera's memory card. Dave has been pushing me to get a new computer but this one is only four or five years old. Granted, it's been heavily used -- but I had hoped to get more out of it. 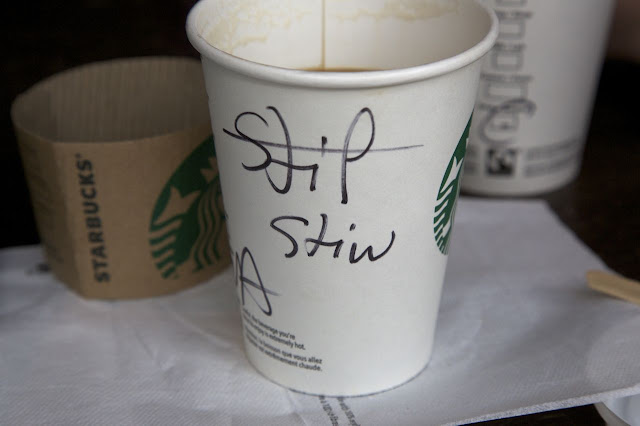 Yesterday we went to school to see the end-of-year dance performance. Before the show we stopped at Starbucks, where the (Polish?) barista had a bit of trouble figuring out my name.

Afterwards, we went to a party at the home of one of Dave's coworkers, near Holborn. You've seen articles about the tiny house movement, right? Well, this guy had a relatively tiny house, but right in the heart of London -- a two-story townhouse with roof garden, but with small rooms, a narrow spiral staircase and a ladder to the roof. We had to climb out of the skylight. It was very spare and free of clutter. I loved it. I'm into small and minimalist, so it was right up my alley.

(Top photo: A banana in our kitchen. That's breakfast this morning!)
Posted by Steve Reed at 7:06 AM