A Viral Chaffinch and a Wounded Pigeon 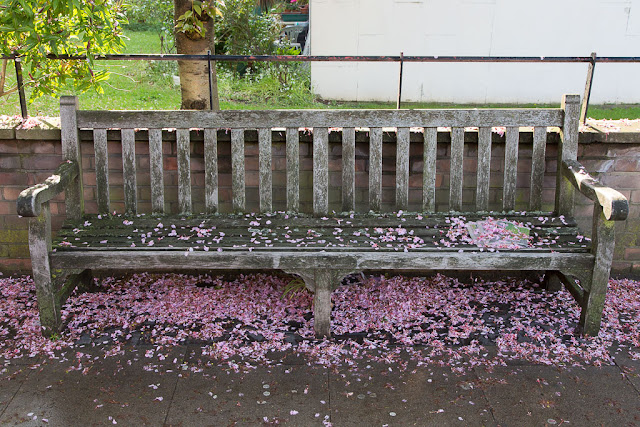 We've had a lot of rain the last couple of days. The petals have been pounded off the cherry trees and litter the street like pink confetti.

Dave is continuing to improve. Some of the parents at school have banded together to bring us meals every few days. It's really incredibly kind -- we got a lasagna on Tuesday and today we're supposed to get a chicken casserole. Dave can't easily stand up long enough to prepare a meal, and as we all know my cooking skills are somewhat limited, so these dinners are much appreciated. I'm trying not to feel defensive about it -- like, why am I such a loser that I can't handle our meal preparation myself? But it is hard when I'm at work all day. (Frankly, we probably really needed the help about two weeks ago, when I had to fly back to Florida and Dave was here by himself, unwell. But it's certainly great to have it now.) 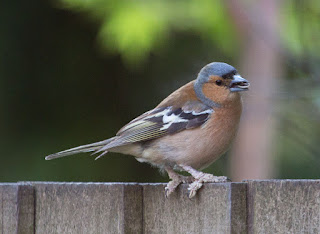 I took this picture of a chaffinch eating a sunflower seed on our garden fence the other day. It was only when I looked more closely that I saw his scaly feet. "What is up with that?" I thought. After some internet research I've learned that chaffinches are susceptible to a particular papillomavirus that causes this condition -- and apparently the virus only affects chaffinches. Strange how specifically evolution works! Apparently it doesn't hurt the birds, but it seems like it might be uncomfortable, doesn't it? There's also a mite called cnemidocoptes that causes a similar problem.

Speaking of birds, when I came home last night, Dave said, "I think there's a wet, dying pigeon sitting on our garden bench." I looked out in the yard and sure enough, a bedraggled bird was sitting on the backrest of the bench. I went outside to take a closer look and the bird, though wary, didn't move. It's feathers looked somewhat, well, plucked. I put some seed on the bench next to it and came back inside. A short time later we saw another pigeon land nearby, and I thought, "Awww, he's taking care of his friend." But no -- the second pigeon began to peck the hell out of the first one. No wonder its feathers were mangy-looking. I wonder how it earned the opprobrium of its fellow pigeons? 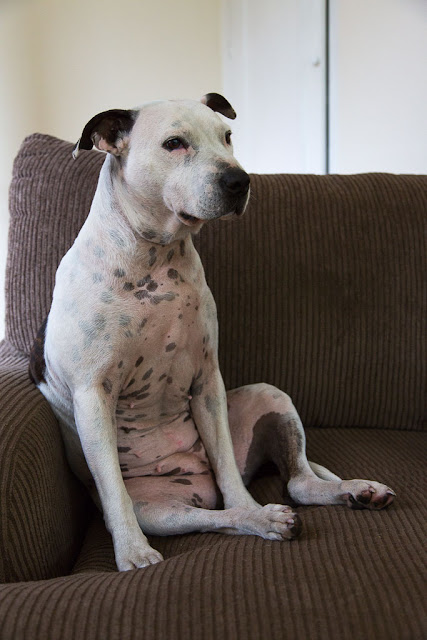 Olga, as usual, loves to sit on the couch and watch all this wildlife. Dave and I crack up when she sits in this pose. It's not very demure, but it seems she's trying to sit upright like a person!
Posted by Steve Reed at 6:02 AM