Trump, and a Long-Lost Book 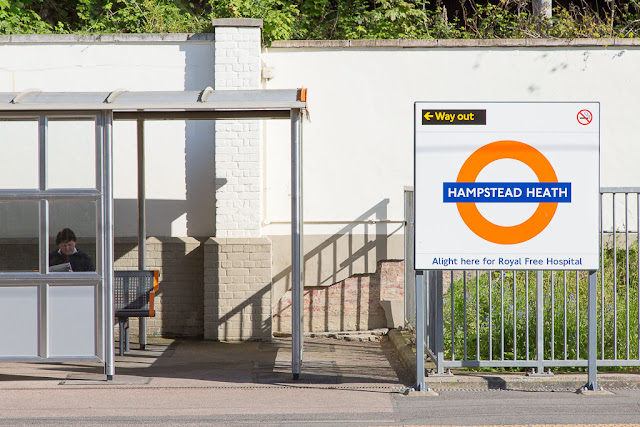 I've been thinking about Donald Trump's victory in Indiana and his apparent success at gaining the Republican presidential nomination.

For a long time I've maintained that Trump can't win the presidency. I still think that's true. His appeal as a political "outsider" won't last forever, and it's only a matter of time before he offends basically every voter one way or the other.

But I'm amazed he's come this far. I never would have believed it a few months ago. (Personal message to certain of my fellow countrymen and -women: WHAT ARE YOU THINKING?!)

My theory is, his success stems primarily from two factors: a lack of appealing Republican alternatives, and our celebrity-worshipping culture and media. I think a lot of voters are entranced by Trump because they've seen him on "The Apprentice," and they've conflated TV Donald with real Donald. (I think California voters did something similar when they first elected Arnold Schwarzenegger.)

I do think people want change, but Trump? Has the man expressed a single detailed, coherent policy? His vague promises catering to American xenophobia don't count -- they're not workable. Building a 2,000-mile-long wall along the Mexican border? Keeping muslims out of the U.S.? It's all ridiculous. I think he's bargaining that he'd never have to keep these promises because he'd be blocked by other branches of government.

Even fellow Republicans are cool to him. They clearly don't think he knows what he's doing, either.

As much as people dislike Hillary -- and as I've said before, I understand the accusations of opportunism, and the belief that she is too status quo -- she is experienced, and she can navigate the complicated global and congressional landscapes.

All that probably sounds obvious. I'm just saying I haven't changed my mind. 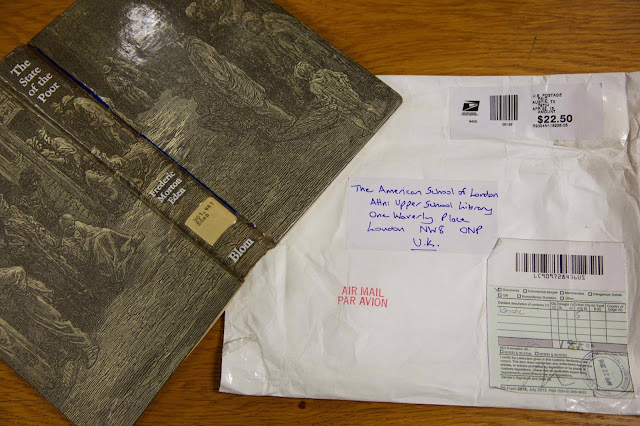 I had some interesting mail yesterday. Someone in Austin, Tex., returned a school library book that was checked out in 1973! They did so anonymously, and of course all record of this book has long been erased from the library itself, so there's no way of knowing who's had it on their bookshelf these past 43 years. And they spent more than $22 to mail it back -- probably far more than the value of the book! 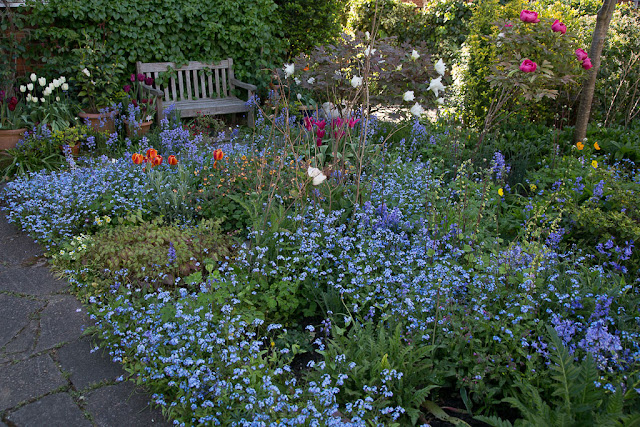 Finally, I just want to share this photo of the front garden of some neighbors down the street. I love the peonies, the tulips, the forget-me-nots. So English!

(Top: From my commute to the hospital to see Dave, yesterday morning.)
Posted by Steve Reed at 5:55 AM