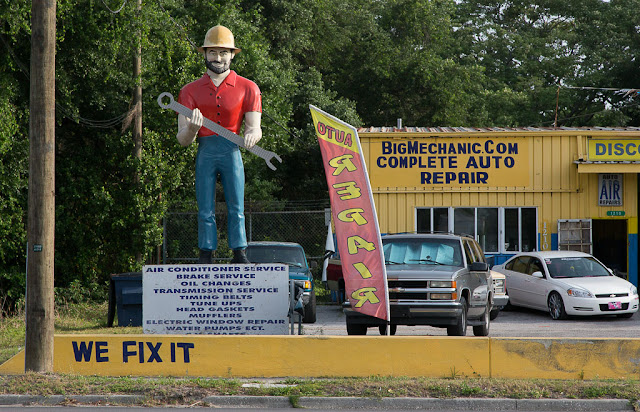 I’m writing this en route back to England. (While sitting at a bar in the Tampa airport, to be specific, having a Stella Artois.) By the time I post it I will have landed in London.

Such a short Florida visit, and yet so meaningful. I spent all night awake with Dad on Saturday. Without getting into details — and invading my dad’s privacy — I'll just say his recovery may not be as speedy as we had initially hoped. I guess there are bound to be complications when operating on the brain of a 79-year-old man, especially one who’s as secure in his home and routines as my dad. Sometimes it takes a few days for problems to make themselves completely evident. To me, anyway.

It will be interesting to try to follow this unfolding saga from across the ocean. If Dave didn’t have his own surgery tomorrow, I would probably have extended my Tampa stay. I’d like to see Dad more settled in an inpatient therapy center (which is where he’ll go when discharged from the hospital — not immediately home). But life goes on, right?

Did I mention that I watched “The Revenant” on my flight to Florida? Despite my nephew’s capsule movie review that it was nothing more than two hours of heavy breathing from Leonardo DiCaprio, I liked it. I thought it was suspenseful and well-acted — basically a more brutal version of Robert Redford’s “Jeremiah Johnson.” I felt sorry for the bear, though, and certainly the horse.

Finally, I just have to share these shots of my dad and stepmother’s dogs, Maybelline and Manny: 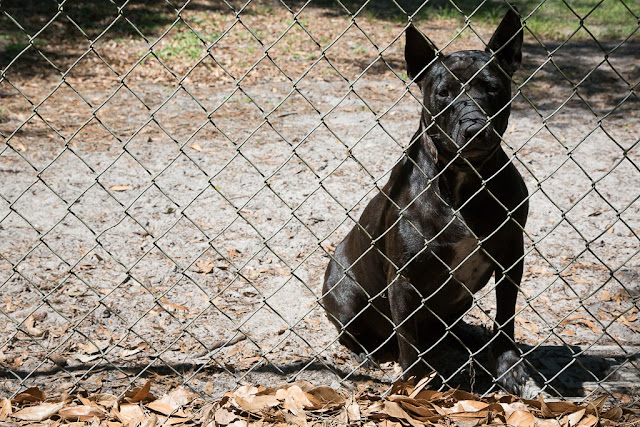 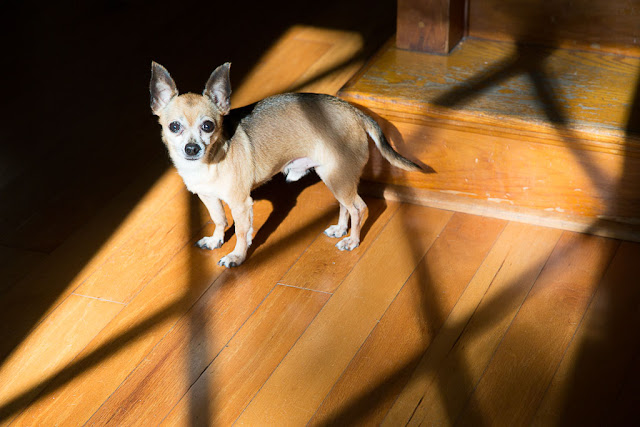 I horsed around with Maybelline, the black dog, yesterday afternoon. Her idea of playing is barreling into me like a linebacker, without the slightest effort to slow her speed before impact. She unintentionally scratched the hell out of my left arm and I bled like a stuck pig. Now Olga will know I cheated on her. I’m coming home with a hickey!

(Top photo: A car repair place on Fletcher Avenue, Tampa.)
Posted by Steve Reed at 11:08 AM