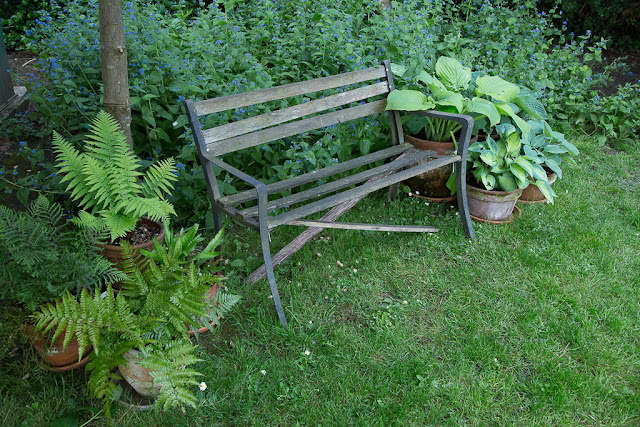 When we moved into our current flat, we found a bench tucked away in a back corner of our garden. As you can see, it's not the greatest.

Dave and I have been using it, but I've always been aware that it might at any moment collapse under me. It wobbles slightly from side to side, and those two fallen slats aren't attached to anything. They were regularly knocked loose by squirrels. 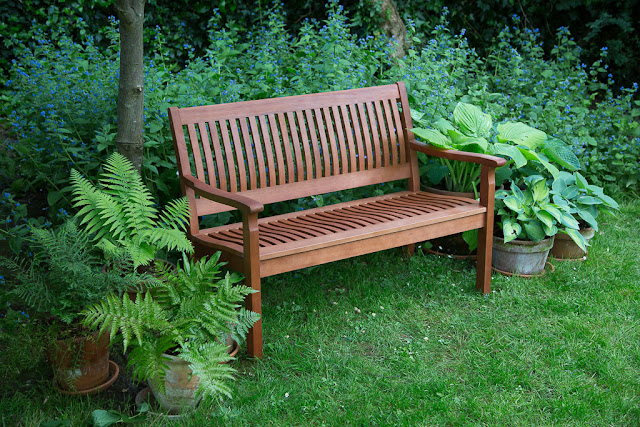 ...ta-da! We ordered a new bench from Amazon!

It arrived yesterday, and putting it together was kind of an ordeal. The directions said it "should be assembled by no less than two people," which I suppose is a fancy way of saying not to do it alone -- but also seems to suggest that assembly by, oh, eight people would be perfectly acceptable. (As we all know, that would simply lead to a massive argument.)

I enlisted help from poor infirm Dave, thinking he would only have to hold a few pieces while I screwed them together. Things got a bit more complicated than that, but rather than go into detail, let me just say that we survived and we now have a fabulous, stable place to sit outside and enjoy things like... 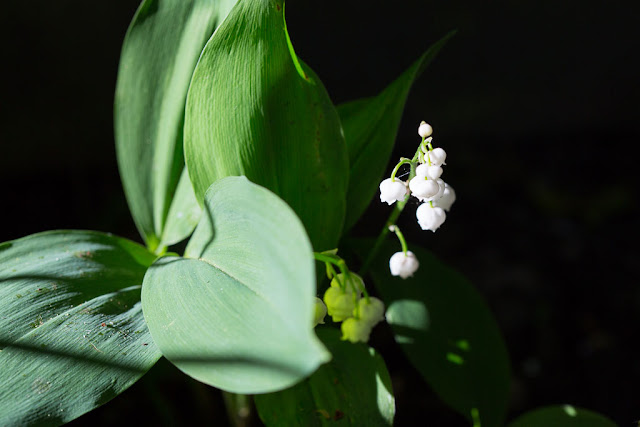 ...our lilies of the valley, which are in bloom. Did you know the French call May Day "La Fête du Muguet," or "Lily of the Valley Day"? Apparently it's tradition on that day to give bouquets of lily of the valley to friends and relatives. (Never mind that it's poisonous.)

We're having amazing, sunny spring weather, and the garden is going gangbusters! This is a great time of year.
Posted by Steve Reed at 5:51 AM