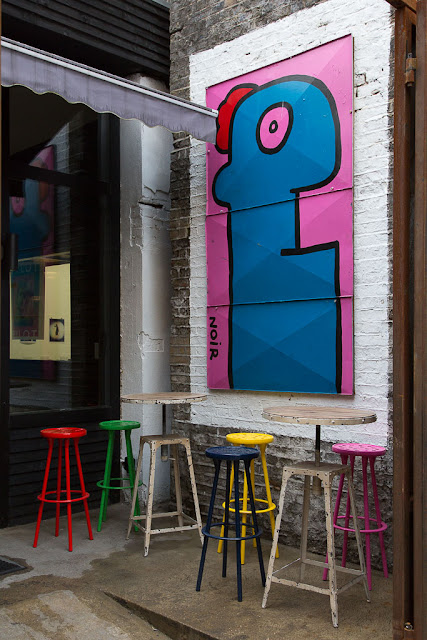 The New York Times -- which, echoing the conversational preferences of all New Yorkers, is obsessed with urban rents, apartments and real estate  -- has realized that rents in London are even crazier than those in the Big Apple.

"The cost of living in London is now so high that it takes nine-tenths of an average person’s income just to cover the rent for an average apartment, never mind luxuries like, say, food or clothing or taxes," wrote Dan Bilefsky in a recent "What in the World" column. London's residential rents are the highest in the world, Bilefsky reports, citing global real estate firm CBRE. The average rent for a "typical" two-bedroom apartment is £2,083 a month (about $3,020).

When you put it like that, it does sound insane, doesn't it?

But when you're part of the urban economy, everything is ramped up to another level. It all costs more, but ideally, employees are also paid more. I haven't worked out what percentage of our income goes to rent but it's substantial. We pay slightly more than that average cited above, because of our neighborhood and our biggish garden. But it's certainly no crazier than when I lived in New York and paid something like $1,500 a month (I think -- I can't really remember now) for 400 badly-lit square feet.

It's just the way of the city.

What frustrates me, both in London and New York, is the propensity for foreign investors to buy residential units that they're never going to rent or live in. They just want a place to park their money, and so lots of units -- especially in newer buildings -- wind up dark and empty. This distorts the housing market in crazy ways, leaving people who actually have to live here competing for fewer flats.

There oughta be a law!

(Photo: A cafe in Shoreditch, East London, last month, with artwork by Thierry Noir.)
Posted by Steve Reed at 7:23 AM

It's capitalism and "The Market" gone mad. My daughter and her friend live in a humble two bedroom apartment in Camberwell, far from a tube station. Together they pay £1450 a month before utility bills. That's US$2090. I recognise that this is a very good price for a two bedroom apartment in London but it still takes a massive chunk from their monthly incomes. There should be better government regulation and no foreign non-domicile profiteering. They play the housing market like "Monopoly" and their antics really stink.

Reminds me of how the Royalty used to have many castles and would move from one to the other during the different seasons while of course the unwashed masses did their best in hovels.
Same-same, always.
I don't think I'd be comfortable in that cafe.

Houston has always been reasonable for rents and buying a house up until recently. since this last economy crash with the oil industry doing well so many MORE people moved down here and what with all the gentrification, it's all gone sky high. my daughter pays $1850 a month for a crappy 3 bedroom 2 bath house on the corner of her street and the feeder road to the freeway...cars whizzing by all day and so noisy and low so that in the two years she's lived there the converted garage has flooded twice. landlord doesn't care cause he could rent that place over and over in a heartbeat.

I occasionally watch the TV show called House Hunters International and I'm always amazed at the amount of rent in places around the globe, especially London and Paris. I remember one from Doha where the rent was over $5000.00 per month. Of course, to my sister who lives in a small town in northern Arizona and owns her own home, my rent seems outrageous. To me it's pretty normal.

Love the cafe picture. It could be easily transplanted to anywhere on the lower east side. As for real estate, prices in NYC have escalated to the degree that our very humble and rather shabby (not chic) apartment, if sold, could purchase a mansion elsewhere, though not in London, LA or San Francisco. it's crazy.

I do love London, there is no place I love more, HOWEVER...finding accommodation is nuts! Just like the word "accommodation", there are too many consonants not enough vowels. Bring back the squatters communities. All of the artists and cool folks are getting shoved out of Portland as well and what happened to San Francisco is now occurring in Portland. Tech industry and foreign buyers jacking up the rests to outrageous. The tiny house movement is becoming the most successful venture these days and what a great idea, tiny house, large garden on affordable land- still, it is not LONDON, best city in the world! *sigh*

Well, I know that Xenia is no London, but we pay $650 per month for a three bedroom one bath home. Granted, it's pretty small - but has central air & a two car garage! It's just that the commute to any city of any size is pretty brutal :)

I am flabbergasted by these figures. But then I live in a small town in a small Canadian province ...

To think that we moved to London in 1980 because it was sooo cheap! A friend back from the days who recently retired and can no longer afford the rent of her former but long since gentrified social housing flat (near Marble Arch) is now living on a house boat on a canal. She tells me she is lucky to have moorings (if that is what you call it), apparently there are people living on boats who don't have this and who are constantly on the move. I wonder when or if squatters will reclaim living space the way it happened when we lived there 35 yrs ago. I wasn't one of them be we admired their guts.

Yes, there oughta be a law. Vancouver B.C. Is the same. It's an example where the free market doesn't work.

YP: I could not agree more. In New York there used to be comprehensive rent control and regulation, but that's been dismantled in more recent years. Nowadays only apartments that have been rented by the same occupant for decades are rent-controlled.

Ms. Moon: Yeah, and today's royalty are the oligarchs and the hedge-fund managers and their ilk. Although I think a lot of these second-home investors are more like bond traders and anesthesiologists -- wealthy but not super-wealthy. You know?

Ellen: Houston also absorbed a lot of people from New Orleans after Katrina, didn't it? I'm sure that affected housing availability and prices.

Sharon: The market is just incredibly distorted in some places. I suppose I should feel happy that I live in a city that's a global destination, and I am, but it definitely comes with a cost!

Linda Sue: It's interesting how so many cities have become so desirable. Apparently young people really want to live in urban environments, and who can blame them? The same was true when I was younger!

Bug: Now THAT is a dream rent. I can't even really conceive of it.

Jenny: When you look at our local economy from the outside it looks COMPLETELY insane. Before I moved to New York, years ago, I remember thinking, "$2,000 a month for an apartment? How could anyone PAY that?" But when you're in the middle of it, and, like I said, hopefully your pay is adjusted accordingly, it seems much more normal.

Sabine: Marble Arch would definitely be prime real estate these days! I've heard of people living on those houseboats without moorings -- apparently they have to travel every few days to a new position, and always in one direction along the canal. I don't know how you could do that and still go to work! We do have squatters, particularly in old pub or office buildings.

Red: The market would be fine if it were all local money. But people pouring in money from elsewhere distort it. Seems like I remember reading that a lot of Asian wealth gets invested in Vancouver real estate.